Ubisoft’s Struggling Battle Royale Hyper Scape Is Getting An Overhaul

Not everyone can claim the crown. 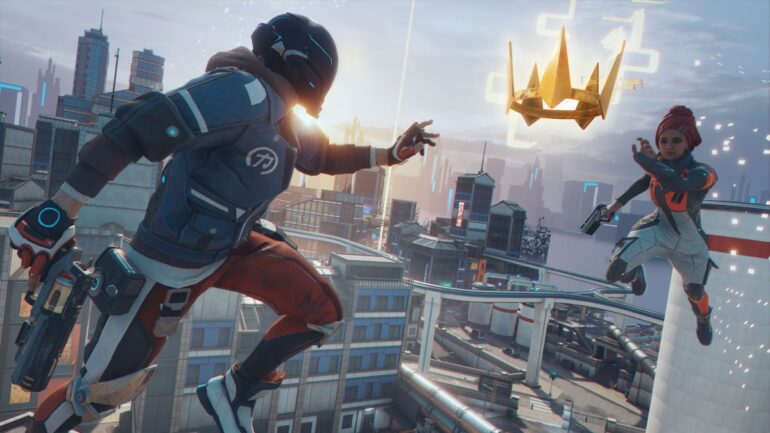 Ubisoft have admitted that their recently released battle royale Hyper Scape hasn’t quite been the hit they would have liked. In a blog post on their official website, the developers talk about how the game has been received over the past few months, along with what they’re going to do to try and fix the game’s fortunes.

While July’s launch and Open Beta on PC were successful, we were not able to achieve the high expectations we set for ourselves with our full release on console that followed in August. We also know we didn’t fully meet the high expectations of our players, so we are taking action. We have more work to do to get there, but our team is fully committed to the challenge.

So How Are Ubisoft Taking Action?

The development of Hyper Scape has now been split off into a cell-based format, which has been used previously with Rainbow Six: Siege. Each cell will be tackling a key pillar of the game’s formula that needs to be addressed, which should “allow greater focus and autonomy” during development.

The overhaul will include adjusting the combat, as it’s currently too hard to track and kill targets, particularly on console, improving the initial onboarding experience for new players, adding new game modes, introducing a new player-ranking system and other forms of progression, and finally fast-tracking the implementation of cross-play across PC, PS4 and Xbox One.

All of this news comes before the upcoming launch of Hyper Scape Season 2: The Aftermath, which will add the new player ranking system for the Crown Rush mode, add daily log-in gifts for players and offer a new 100 tier Battle Pass. The new season launches on October 6th.

It certainly wouldn’t be the first time that a game has seen a reversal of fortune after some work. Heck, Rainbow Six: Siege was a bit of a disaster in the early going, but it’s still going strong to this day. Perhaps Ubisoft can work that magic twice, but the Battle Royale scene is just going to become more and more crowded, and there’s only so many that can rise to the top.