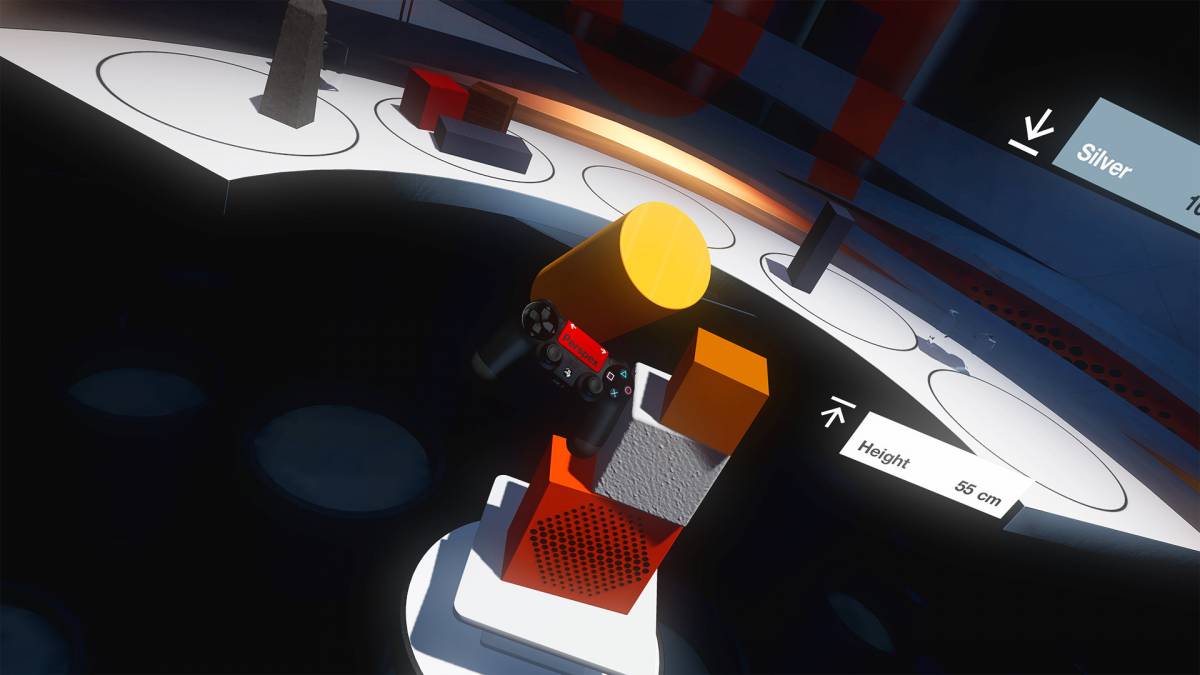 If someone would come up to me and tell me that I would buy a PS VR, and then on the demo, I would find a game about stacking blocks and have a load of fun with it, I’d think they were crazy. Well, it happened. In fact, Tumble VR has no right to be as fun as it is, with just the right amount of challenge to keep you going, but just enough to make you think about how exactly you can get the gold rank in each level.

Using the PS Move controllers, different types of blocks are stacked on top of each other carefully in an attempt to build as high a tower as possible without it falling down. And yes, the motion tracking system with the PS4 camera and PS Move does detect certain movements as throwing, so don’t go around smashing things everywhere. Of course, that can be fun, too. Another one of the fun game-modes Tumble VR has to offer involves placing bombs onto a pre-built tower and then blowing them all up at the same time to get the pieces to fly as far as possible.

The gameplay of Tumblr VR may seem pretty rudimentary, using the PS Move controllers and the trigger button to pick up all different kinds of blocks, but don’t be fooled, as it can definitely be a challenge. In fact, already in early levels you have to stack all the blocks on their smallest sides to get the gold award for the level. With some of the blocks being quite thin it’s easy for getting the maximum amount of points to be a nightmare. Any quick movement while holding the block can easily end with you pushing down the whole tower that you took so long to meticulously build. Letting go of the trigger button on the PS Move controller while holding a block in mid-air or while moving it can also make you either fling it or drop it, both of which can be devastating if you’re close to finishing your tower.

The blow-up levels in Tumble VR are also a major source of fun in this game, having you place bombs onto a tower that’s already in front of you, with normal blocks as well as score-multiplier blocks. When you’ve placed all of them, you can press a button to make it all blow up, and the goal is ultimately to have everything fly as far away from the centre as possible. What sounds like an easy task at first actually involves quite a bit more strategy than one would expect, as Tumblr VR is a physics-based puzzler that will definitely not let you off easily when it comes to the angle at which the blocks fly.

Tumble VR is an absolute blast (pun intended) to play and is addictive, fun, cheap, and even looks good. If you have a PS VR headset, you have an obligation to yourself to play this game, but if you don’t, it’s not worth dishing out the money for the headset if you only want this game.