Do as the Romans do. 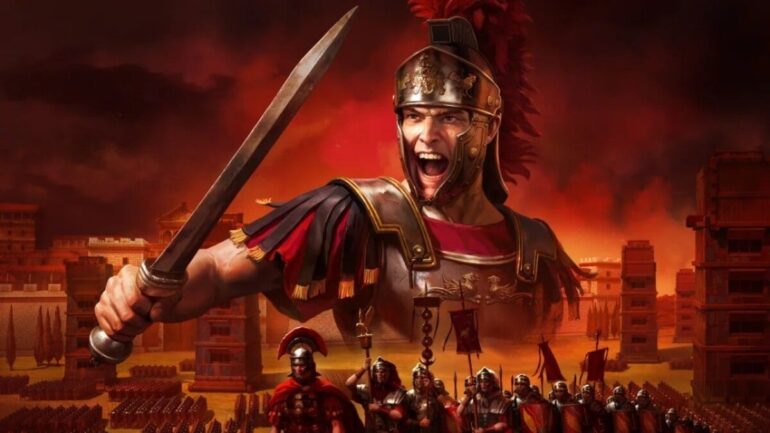 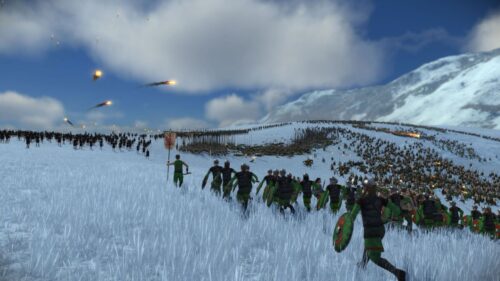 Remasters and remakes can be an excellent opportunity to breathe new life into old games for all to enjoy. Creative Assembly have worked with their long time partner, Feral Interactive, to give Rome: Total War, a Total War franchise classic, a chance at a second wind. But does Total War: Rome Remastered do justice to the original and succeed in bringing it to modern systems?

Creative Assembly released Rome: Total War in 2004, a hybrid turn-based strategy and real-time tactics game set during the zenith of the Roman Republic, its fall, and eventual Imperial rebirth. Players build out and grow their cities, develop their generals, recruit armies to take them to battle, hire agents to spy on and negotiate with competitors, and, above all, conquer their way to becoming supreme ruler of the Ancient Mediterranean world. Safe to say that this exciting basic premise and solid core gameplay loop still holds up to this day.

From the outset, the remaster aims for roughly five major goals: improving game performance on modern hardware, updating the graphics, combining all Rome: Total War related content into one package, reinvigorating veterans while introducing new players, and retaining what made the original so beloved. On the technical front, this remaster mostly succeeds, but it falters most in adapting and modernizing the game as a whole. In addition, even in areas where it does succeed, there’s always an irksome caveat that prevents the remaster from retaining the original’s classic appeal.

The remaster’s biggest successes are in the updates to Rome’s customization and quality of life options, graphics, and UI. The addition of a massively expanded options menu for graphics, controls, and gameplay is greatly appreciated. Updated controls and in-battle UI customization options are such a relief as it makes controlling large formations of units easier and lets players tailor how they interact with the game. I can finally remove the ugly oversized unit stat bubbles altogether and keep the unit banners.

Graphically speaking, the game is overall a definite improvement over the original with higher quality textures, more detail added to units, and greater unit model variance. Looking at a legion arrayed in battle order in the original was quite the sight, and now that much more impressive.

However, I’m not a fan of the new and ugly oversaturated colors for the campaign map as they highlight the odd-looking and immersion breaking rivers full of right angles. The original certainly had the same issues, but the overall map looked and tessellated better, doing a much better job of hiding the graphical limitations of the map. There is a color vibrancy setting, but it doesn’t help much.

Performance-wise, Total War: Rome Remastered generally ran well. I did experience one crash and some unexplained frame drops in the campaign that went away after a save reload, but on the whole it runs well enough without any significant hiccups.

The most drastic change and improvement to the original is the redesigned UI. Plentiful tooltips, reorganized information, and menu streamlining all help to ease players, veteran and new, into the game and give immediate access to relevant information. It’ll certainly take some time getting used to, but on the whole it’s better than the original.

Despite the commendable overall quality of the UI, it’s still quite fiddly with plenty of inefficient menu flipping. Also, the choice to add tooltips and explanations for some components but not others is quite odd. For example, there’s a farm harvest quality system for provinces, which can be checked in the population growth section of the province panel and on the strategic overlay, but it’s not explained well, making the UI’s redesign a bit uneven.

Aside from an overhauled UI, Feral added in redesigned cutscenes, as well as new voice work. It’s quite the mixed bag as several cutscenes are weirdly edited and some of the VO’s quality is suspect with hit-or-miss voice acting and poor audio mixing. Yet the original sound design voices, and music that are still present are as superb as ever.

Total War: Rome Remastered is also stacked with content. Aside from the added cross-platform multiplayer functionality, Feral Interactive included, on top of the base game, all expanded content, such as the 2005 Barbarian Invasion expansion and 2006 Alexander spin-off mini-campaign. There’s no shortage of campaigns and battles to play, with the remaster’s expanded modding capabilities sure to help the game’s longevity even more.

Annoyingly, though, it’s quite the hassle switching between the three programs. Players will have to quit the game entirely and then choose their preferred content in a pre-launcher, despite all three components sharing in-game assets.

Unfortunately, it seems that the developers at Feral took the “retaining the spirit of the original” too literally and have kept not only the good, but also the bad. The most prominent elements that have aged poorly are the terrible AI, unit pathfinding, the auto-resolve system, agents, factions, and unit rosters.

If the developers did spend time improving the AI from the original, it certainly doesn’t show. Though the AI is a chronic issue for the Total War franchise and other strategy games, the AI on display here is atrocious. In open field battles, it’s just about serviceable, but in sieges the AI simply breaks with either units dancing around in place or huddling around the central plaza and passively awaiting their slaughter.

The campaign AI is also mostly irrational. In one turn, a faction can offer the player an alliance and then attack them right away in the next turn. This kind of chaos is more frustrating to work with rather than providing a meaningful challenge for players.

Going hand-in-hand with the poor AI is the horrendous unit siege battle pathfinding. Again, the pathfinding works in open field battles, but as soon players get into sieges, units will start freaking out, get stuck on invisible walls, and take weird march paths. The pathfinding issues extend to both the unit as a whole and each individual model. This, combined with the AI, makes sieges an incredibly frustrating chore to play and will make players want to starve the enemy out (wasting precious time), auto-resolve, or avoid sieges altogether.

Speaking of auto-resolve, it also hasn’t aged well and hasn’t been sufficiently addressed. The auto-resolve is unfairly punishing and as a result can cause frustrating breaks in the game’s pace. I’ve experienced multiple times where half or full stack armies would either take unreasonable casualties or lose to enemy armies composed of far fewer and worse quality troops. This dynamic, in turn, incentivizes players to manually fight every battle. Imagine the spiral of frustration fighting lots of pointless cleanup battles against a worthless AI.

One area where the AI overperforms is with agents in campaign. First off, the whole system of having to recruit a diplomat agent and then going through the fog of war just to find an opponent to talk to is tedious. Second, the AI loves its agents way too much and can create hilarious situations in choke points where the sheer number of agents can reduce army movement because there’s simply no space for the army to stand or push agents to. Ah yes, the age-old strategy of sending so many bodies that they block the road for any army.

Due to the AI’s aggressiveness, the newly added merchant agent (first appearing in Medieval 2: Total War) is barely a notable addition. The merchant’s impact on the campaign is already quite low, but the AI will also swarm player merchants and buy them out, not giving the player enough time to develop their own merchant and effectively counteract.

The most obviously aged features in Total War: Rome Remastered are the factions and unit rosters. Most non-Roman faction unit rosters are either too shallow or too specialized and even the Romans can suffer from unit repetition, depending on player decisions and actions. The campaign mercenary system isn’t quite robust enough to counter this issue.

Unit rosters were a golden opportunity for Feral to inject some new life into limited factions that don’t have much to offer. A good example is Macedon in the base game and in the Alexander spin-off, which have a few small but important gaps in their roster that can be covered by one another.

On a larger scale, Feral Interactive have unlocked all the originally locked factions for campaign play, without doing the work to flesh them out. What’s the point of unlocking a faction that has little, if anything, to offer to the campaign experience? The worst example of this is the faction of Thrace in the base game. It only has a handful of units in its roster and no distinct features to justify playing it.

Altogether, though, Total War: Rome Remastered is an alright remaster that does enough to bring the original into the modern age of gaming. In essence, the remaster feels like a really well done professional makeover without doing the hard work to address the original’s issues, like the best remasters do. It’s as if the developers rewrote an old essay but changed the formatting and font to make it more presentable.

A code for Total War: Rome Remastered was provided by PR for the purposes of this review. 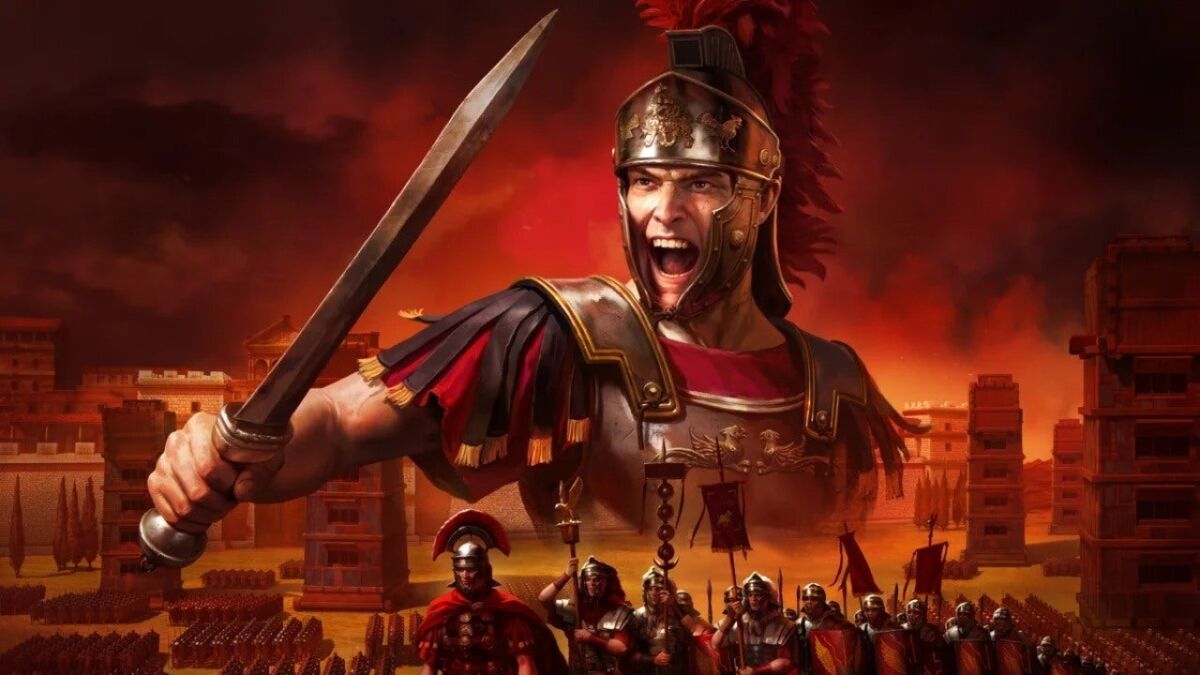 Verdict
Total War: Rome Remastered is a solid technical remaster of a classic game, but fails to legitimately improve and adapt for modern sensibilities.
7
Cultured Vultures is a pop culture website established in 2013 covering all things gaming, movies, and more. We eat your words.
All The News On Your Favourite Games