The Rise and Fall of The Last Jedi’s Poe Dameron 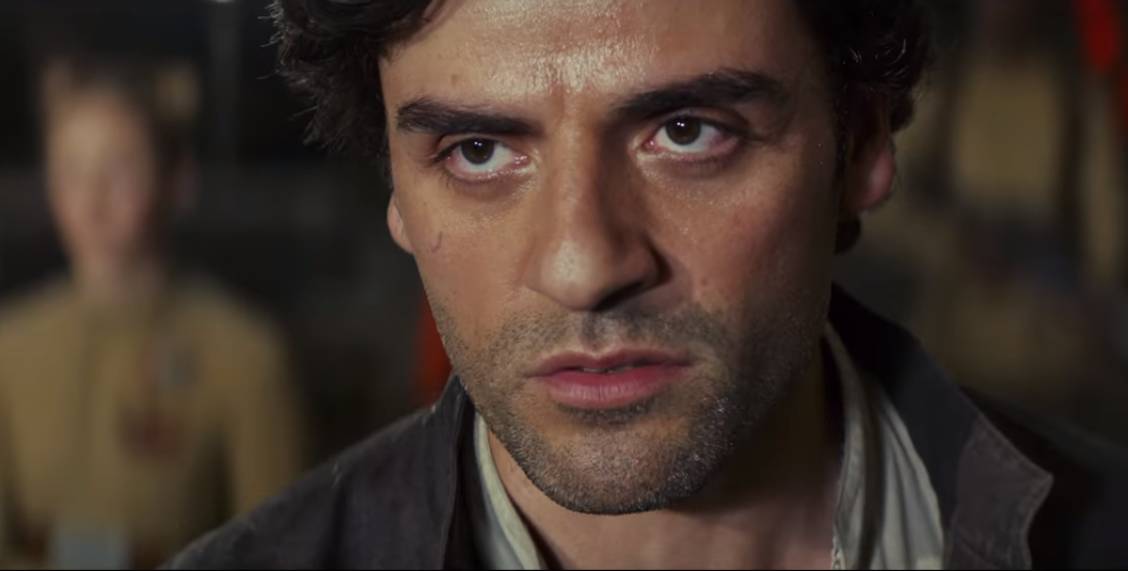 Please note that this article will contain spoilers for Star Wars Episode VIII: The Last Jedi, so only keep reading if you’re okay with some of The Last Jedi’s plot points and character arcs being discussed in-depth!

Poe Dameron: suave, handsome, good-natured Rebel pilot who’d go to the ends of the galaxy to protect the Rebels and help save his best buddies Finn and Rey, right? Well, no, actually, not according to The Last Jedi.

Star Wars: Episode VIII has been divisive among fans, with some adoring the latest addition to the trilogy and others campaigning for it to be stripped entirely from official canon. Whatever your thoughts on The Last Jedi, one thing you can’t deny is that we finally got to see more of Oscar Isaac as Poe Dameron: a character who spent most of The Force Awakens off-screen, presumed dead.

To fill in the gaps both between frames and between movie release dates, fans were quick to expand on Poe’s characterisation, most often assuming him to be kind-hearted and courteous, considering that his brief appearances in The Force Awakens had portrayed him as a dedicated and good-natured Rebel pilot. He was funny (“Who talks first?”), kind (his having a genuine connection with his droid, BB-8, was very sweet) and handsome in a slightly-rugged-and-adventurous way. He was, really, everything you’d want in a hero.

This characterisation was also probably partly fuelled by the “Stormpilot” ship: a fan-created nickname given to the romantic and/or sexual pairing of Finn and Poe as characters. People who cared about Poe and his potential relationship with Finn were not going to demonise him or assume him to be more flawed than we’d seen him to be, and so he was quickly dubbed one of the “cinnamon rolls” of The Force Awakens. (If you don’t spend your days lurking on the wholesome corners of fandom web spaces, a “cinnamon roll” is a character who is seen as pure and incorruptible. The name itself comes from this Onion article.)

When Poe burst onto our screens in The Last Jedi, however, he is not the man most of us expected him to be. He is dedicated to the Rebel cause, but he is also incredibly stubborn, rude and aggressive. We see him ignore Leia’s direct orders and risk the lives of his fellow Rebels as he storms ahead in an effort to complete his own mission. He is, as Holdo calls him, “a trigger-happy flyboy.”

This revelation was, at first, quite jarring for me as a viewer. The pilot who’d been sold to me as a dashing hero was now disobeying orders, shouting at his leaders, and all-around coming off as a bit of a misogynistic jerk. As I saw him getting demoted, I realised then that this was who Poe Dameron was, that he was not the highly dedicated and loyal Rebel that I had expected him to be from his scenes in The Force Awakens. Once I allowed myself to forget everything I thought I knew about Poe (to “let the past die”, as Kylo commands it), his journey throughout The Last Jedi made a lot more sense to me.

The thing is, Poe Dameron isn’t an inherently bad or even antagonistic character, even though we see him staging conflicts with our main heroes. He butts heads with Leia and Holdo because he believes that his superiors are making poor decisions, but his reasons for doing this aren’t evil or villainous, he just tends to think that action can solve any situation–something The Last Jedi portrays to us as a character weakness.

When Poe stages his mutiny against Holdo, he’s not doing it because he wants to take over the ship and gain power and adoration, he simply doesn’t want to abandon ship when he still sees a chance for the Rebels to defeat The First Order. And this is where his character arc lies, in learning that becoming the hero we assumed him to be from The Force Awakens will require patience, strategy and utilitarianism, not just explosions and sacrifice.

What helps soften the blow of Poe’s arrogance is when we see him knocked unconscious by Leia, and as he’s taken away in a stretcher, Holdo and Leia remark that he’s a “troublemaker”, and that’s why they like him. It’s a quiet, affectionate moment that helps remind us that whilst the General and the Vice Admiral might have to discipline and demote Poe in order to stop him flying into battle gung-ho, he’s still a person they admire and appreciate. This is where the romanticised version of Poe Dameron from The Force Awakens come back into play: he is, essentially, still that character we imagined, we’d just never seen him staging so many conflicts before because he didn’t have enough time to.

This of course all pays off in his final redemption during The Last Jedi’s final act: his ordering Finn to turn around on Crait when the ex-stormtrooper is determined to sacrifice himself in order to destroy The First Order’s battering ram. Finn is now the one disobeying orders, and Poe Dameron has become the leader that places safety and mortality over Rebel victory.

I think this characterisation (or re-characterisation) of Poe Dameron really speaks to the theme of The Last Jedi as a whole: the film is quite different to The Force Awakens, and things are not going to turn out as you may have predicted them to, from watching Episode VII. It’s not really very much like either Episode VII, Attack of the Clones or The Empire Strikes Back, in both theme and narrative, and the development of Poe as a character really speaks to this. This is one of the main reasons why The Last Jedi has been so divisive among Star Wars fans: every prediction, from Rey’s parents to Luke’s training routine have been completely destroyed, and expectations are subverted as The Last Jedi brings you a Star Wars movie unlike any you’ve ever seen before. In the words of Luke Skywalker himself, “This is not going to go the way you think.”

Have you seen The Last Jedi yet? What did you think of it? Let us know in the comments below!