White Paper Games' The Occupation is a meticulously crafted game that has you investigating an explosion and the company surrounding it. 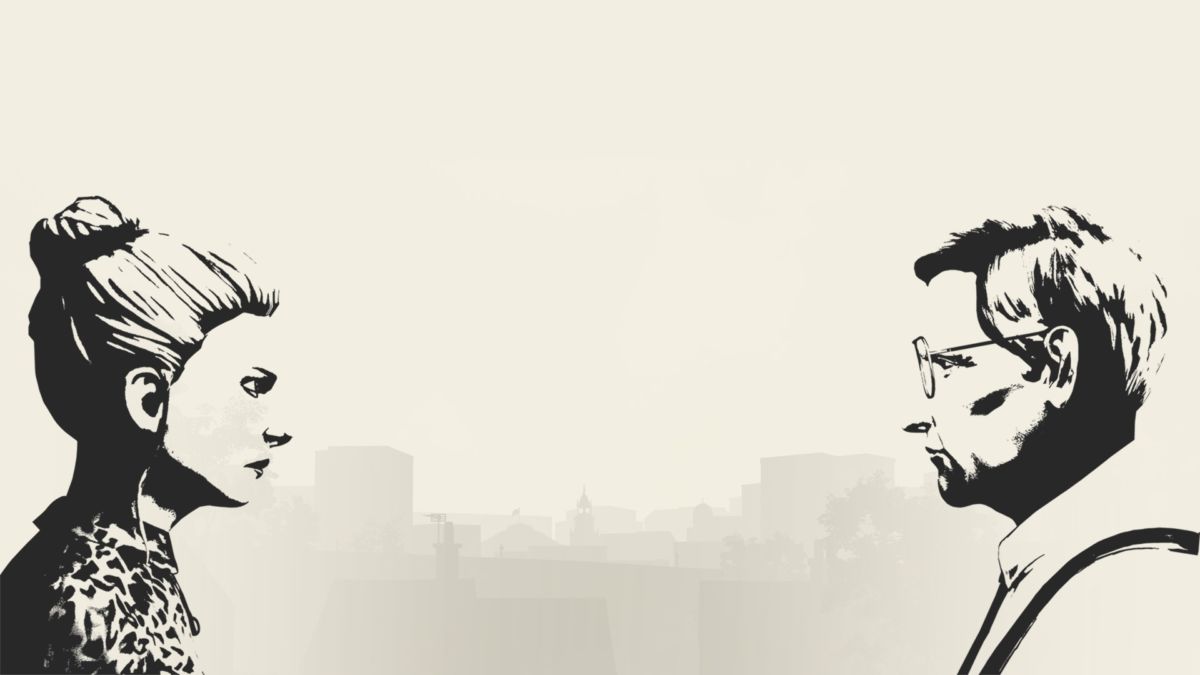 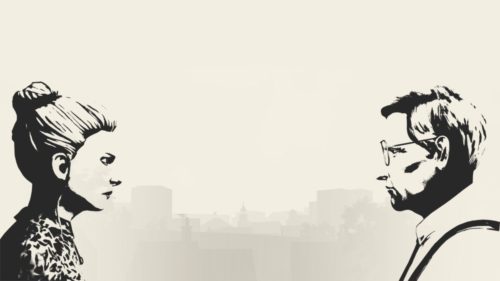 Although it might be short on a surface level, White Paper Games’ The Occupation doesn’t feel that way. In fact, you’ll most likely be stressing from one area to the next, trying not to get caught, squeezing every last second out of the experience. Journalistic espionage is always a thrilling experience.

The Occupation is set in 1987, and puts you in the shoes of two characters: Scarlet Carson, who works for the Bowman Carson company, and Harvey Miller, an acclaimed journalist who recently finished his book on conflict in Jerusalem. The problem at hand is the brand new Union Act that is coming to a vote in England — a series of laws against terrorism, or so Bowman Carson says. Scarlet doesn’t think that this law is justified and attempts to throw a wrench in the plans, but on her way home from a long day of work, there’s an explosion near the Turing Canal. The entire affair is blamed on one Alex Dubois, an employee whose family had recently been deported thanks to the current political tensions — and Charles Bowman is one of the responsible parties for said deportation. Of course, this gives the Union Act the perfect ammunition. 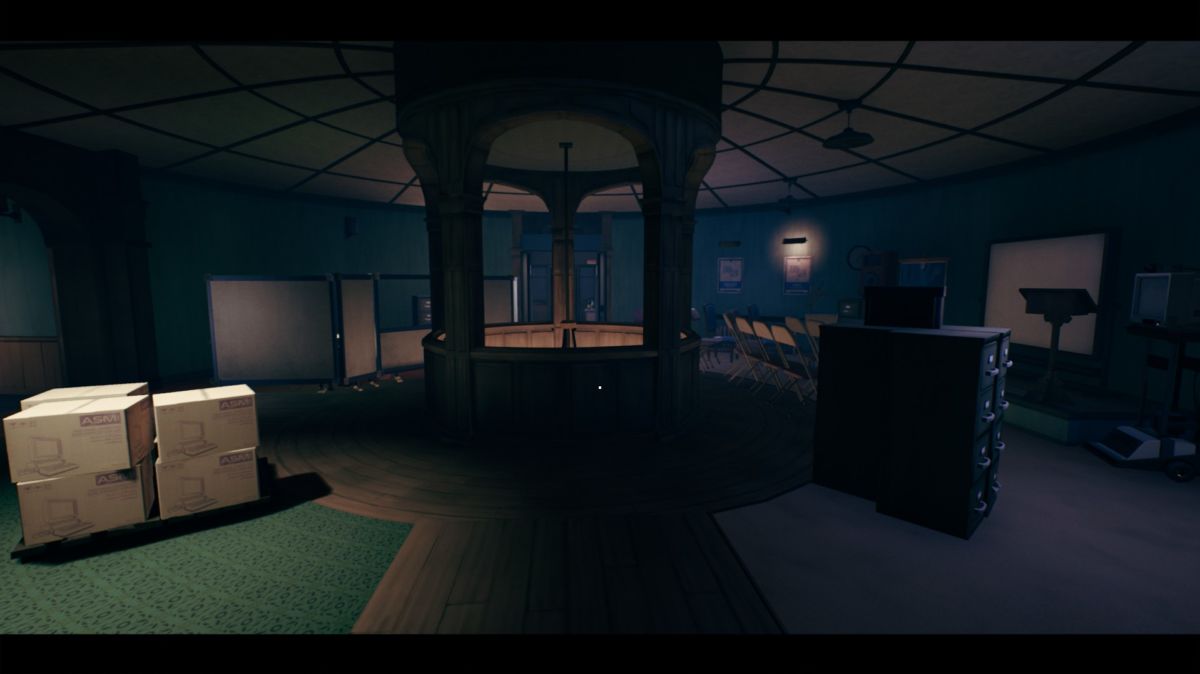 One year later, Miller is investigating the Bowman Carson firm for his new book on the Turing Incident, hoping to reveal the truth and stop the Union Act. He believes that Alex Dubois is innocent, and a mysterious informant who calls herself SC helps him. In a series of three interviews with employees, Miller attempts to find out who was actually responsible for the explosion and falls in the crosshairs of the company himself.

The Occupation is split into three exploration blocks that are a bit more than an hour usually (although there are short blocks of less than five minutes, too). In each block, you investigate a different area of the Bowman Carson firm, snooping around without being spotted out of bounds. Your biggest threat in this regard is the guard, Steve, who no one really likes. He’s trying to become an actor but really sucks at it — and most employees have noticed. If he sees you somewhere you’re not supposed to be, he’ll come running, so you have to make sure to find a vent to climb through to lose him. If he catches up to you, he’ll bring you directly to his boss, Daniel Hillben, and you’ll lose 15 minutes. If he catches you too often, you might even completely miss the interview you were waiting for.

That’s essentially the whole spiel you go through in The Occupation. 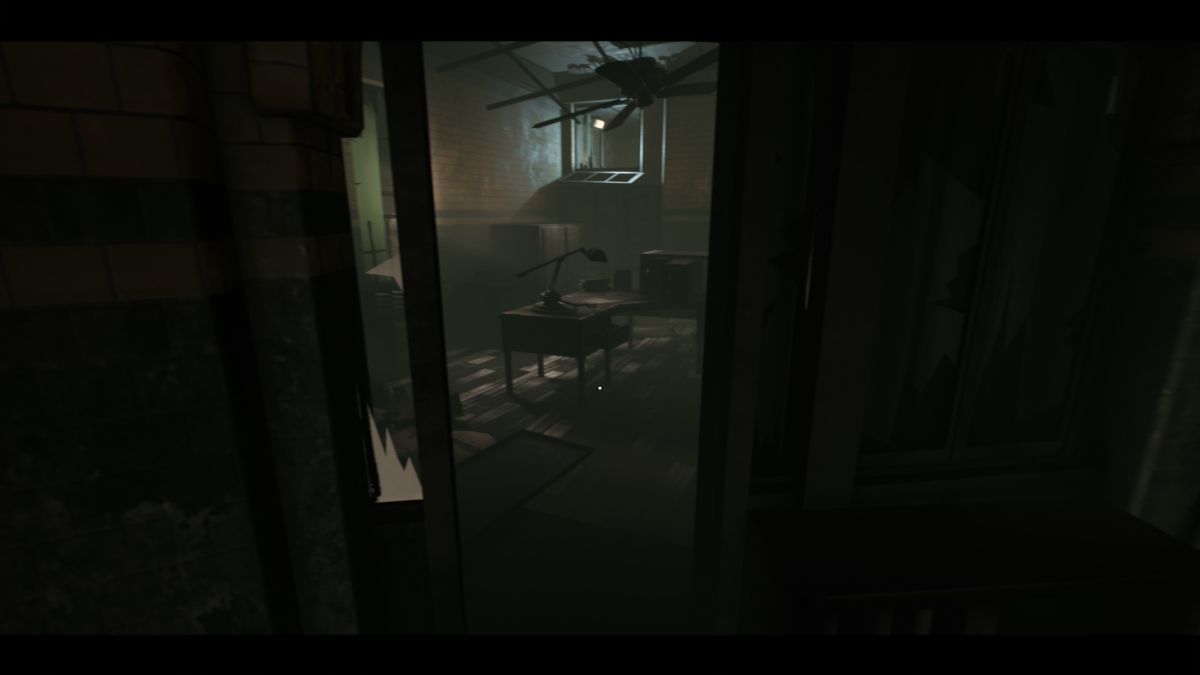 You can spend the time before the interviews waiting innocently by the door on a chair if you want, but it won’t be any faster, nor will you be able to ask any better questions in the interview. This is where the fun starts. Sneaking your way through vents or across construction sites, finding misplaced keycards and password reminders, you can try to find the truth about the Turing Incident and discover what’s really going on at Bowman Carson.

At the end of each of the three timed exploration blocks, you’ll sit down for an interview with an employee. First up is Carla Burman, head of PR, who coincidentally also was one of the driving forces in Alex Dubois’ arrest. Next on the list is Chance Crow who is head of the Metacentre. Last of all is Charles Bowman. As you explore the different buildings of the Bowman Carson firm, you’ll be able to find notes and files that give you the opportunity to ask more and better questions. Maybe you’ll even be able to prove what really happened. 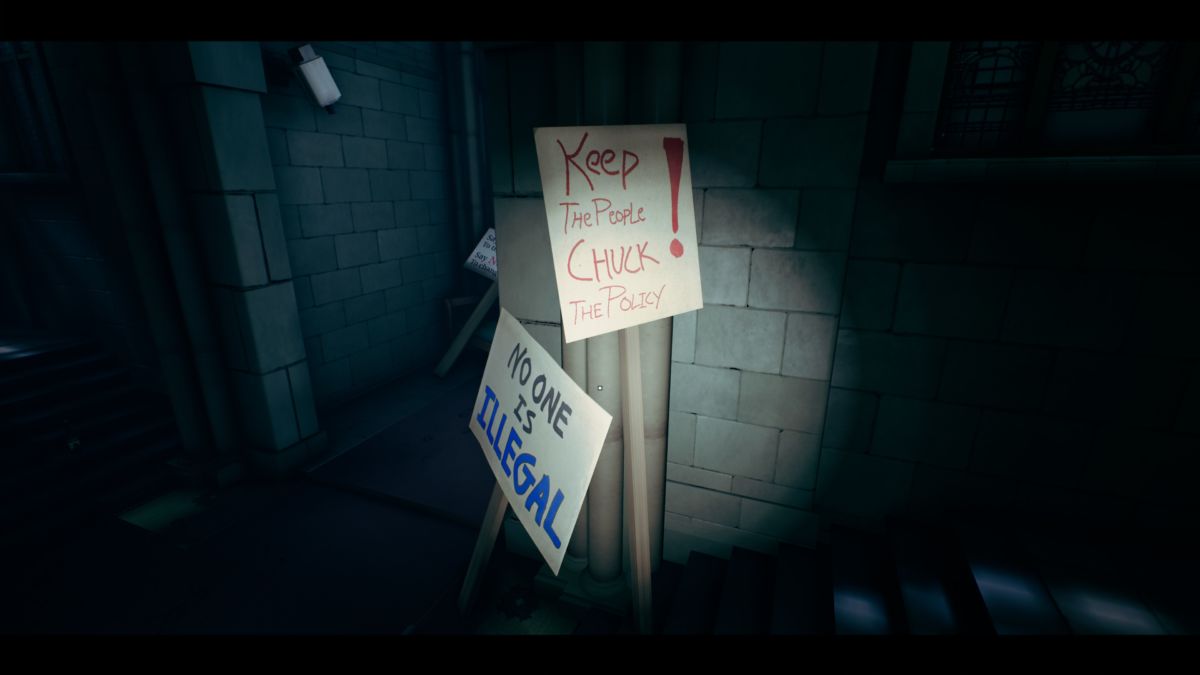 The interviews also show one of The Occupation’s main strengths (other than spiking your cortisol levels): the characters. Each of the characters you can interact with around the game is well built and interesting. An easy pitfall for the game to fall into in this regard would have been the “racist = evil” trope, making the employees at Bowman Carson despicable people who want nothing more than to discriminate a group of people. What The Occupation does instead is show that they truly believe that they’re doing the right thing, showing different types of conservatives. It makes the conflict all the more believable, because what happens when you vilify those with certain political opinions is that you often forget that the people who share those opinions could be your next-door neighbour, your mother, or your friend.

Ironically, The Occupation’s major flaw (but its only major flaw) is also characterization. The first character you play as, Scarlet Carson, is confusingly written at times. The story’s temporal structure doesn’t help here, since the occasional time jumps back and forth make the narration feel a bit weird occasionally. In the first scene in the game, Carson is hysterical. Her kids have been taken, and her boss is sitting in her living room threatening her with a file. The next thing you know you’re in the office, right before the incident — Carson is looking back to that night, saying that she has no regrets. It’s not clear who she’s telling her side of the story to since the game shows she’s not telling it to Bowman, and she has no opportunity to tell it to Miller. Additionally, her narration has some moments that contradict that introductory sentence, and it’s not because she’s an unreliable narrator, either (although she definitely is). 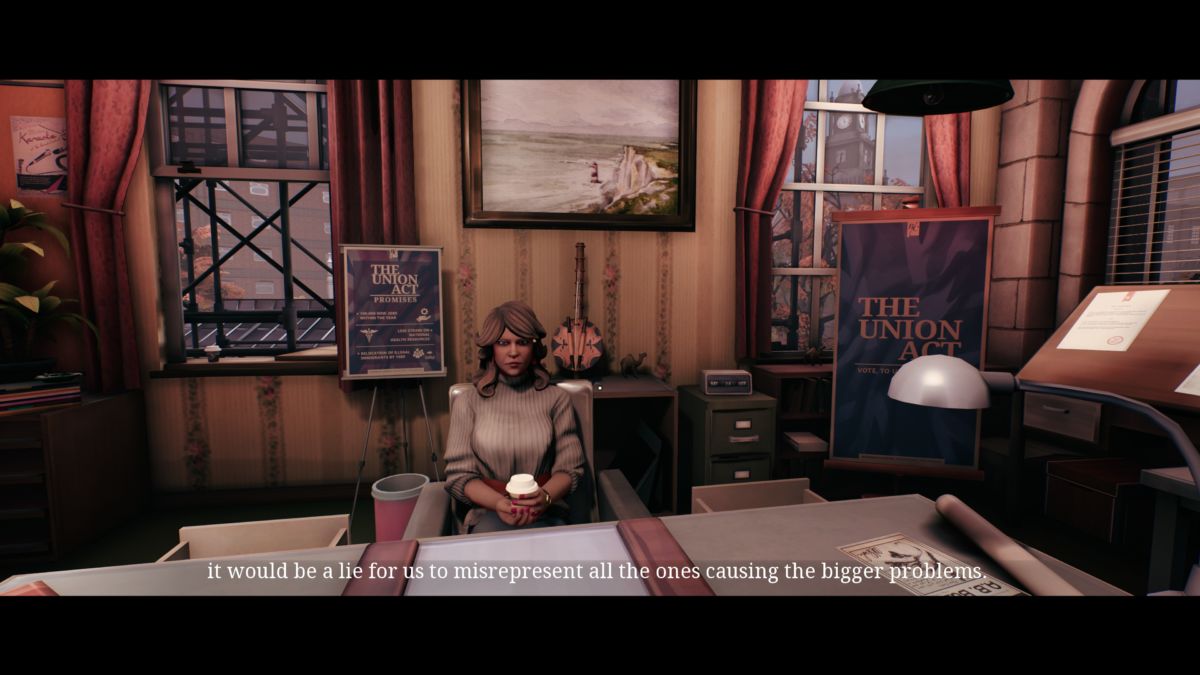 The offices of Bowman Carson are intricately designed, with bits and pieces of information all over the place. Sometimes it’s information you need specifically for your interviews, but other times, it tells you why a certain character is behaving a certain way, or how you can best get from point A to point B without being seen. It takes a bit of the stress away from your rushing around the offices, although the game does equip you with a watch so that you can manage your time in the way that best suits you. The game doesn’t let you save yourself, only autosaving at the end of exploration blocks — any choice you make is final unless you want to reset a whole block of up to an hour.

The Occupation is a very well crafted game with an intriguing political backdrop that adds real stakes to your investigation. It’s equal parts fun and stressful to rush through the offices of Bowman Carson, trying to spot everything while not being spotted yourself. It’s incredibly unlikely you’ll find everything in one playthrough, especially since the game has no checkpoints: if you get spotted too often, you skip a section. You don’t get to repeat it without repeating the whole game. Although the characterization of Scarlet Carson is conflicted, the other characters are well designed, and their personalities play into how they react to you while you’re investigating.

The whole concept of The Occupation is well-executed, and I hope that White Paper Games has more political intrigue and interesting characters up their sleeves.

Verdict
The Occupation is a great experience that will have you breaking a sweat as you attempt to use every last second you have to discover the truth about the Turing Incident.
8.5