The Meddling Kids Grow Up In Sons of Sorrow by Matthew A. Clarke

Matthew A. Clarke's newest work of Bizarro horror is a fun and strange journey through a haunted English town. 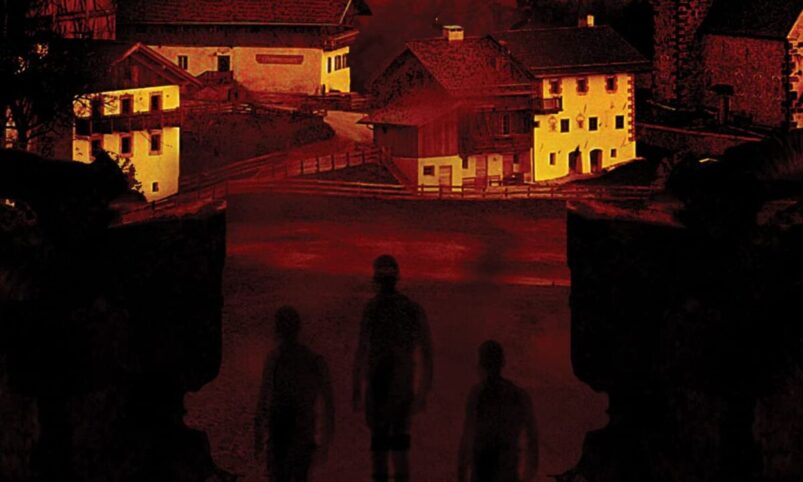 It seems that anything that comes out lately involving kids getting tangled up with the supernatural is going to get compared to Stranger Things, but, of course, the trope goes back much further and to many other shows, books, and films. Off the top of my head, I can think of It, The Bailey School Kids, Scooby Doo, and Goosebumps. That’s just a few.

Matthew Clarke’s newest book, Sons of Sorrow, seems most comparable to Stephen King’s It with how it cuts back and forth between the main characters as kids fighting the supernatural in their hometown, and those same kids coming back to the town as adults. However, Sons of Sorrow does its own thing, leaning as much into Bizarro fiction as it does to traditional horror. Bizarro, unlike traditional horror, doesn’t necessarily seek to disturb the listener, but will often still have an unnerving effect due to strange imagery and seemingly irrational plotlines.

As kids, Henk, his brother Dave, and their friend Maria were the heroes of the remote English town of Sorrow, a place haunted by monsters, murderers, and strange people. They spent their free time taking down the supernatural creatures that terrified the town. They even earned the nickname “The Sons of Sorrow” for their bravery. Henk and Dave, however, had little reason to stick around with both their parents deceased, and left the town behind the first chance they got, leaving Maria on her own.

Years later, Henk and Dave get an invitation to Maria’s wedding back in Sorrow. They return to find the town worse for wear. Many of the residents have moved out or passed away, a number of its buildings are now condemned, no business seems to remain except tourism, and, worst of all, several of the vanquished creatures seem to be coming back. Soon, Maria’s fiancé disappears as well.

Clarke maintains an interesting mood throughout the book. There’s a lot of humor, though I wouldn’t really call this a horror comedy. Henk and Dave are stereotypical slackers who spend most of their free time drinking and smoking “mo-gro,” a cannabis-like plant that only grows in Sorrow, but the story doesn’t shy away from things like the pain of losing their parents to the town’s dark forces or Henk’s unresolved feelings for Maria. As children, when they were the Sons of Sorrow, they took pride in taking down the things that haunted the town, but as adults, they carry the trauma of the horrible things they saw. They look back on their time with some nostalgia, but also a view that their adventures may have just been childish nonsense.

There are also oddities like a man in a gimp suit wandering around Sorrow, which are a bit goofy, but also vaguely threatening. It reminds me a lot of Bentley Little, where the horrors seem absurd, but that makes them even more horrifying in their irrationality.

The story also walks the line between a more realistic approach to how people would handle supernatural horrors and a Saturday morning cartoon. Henk, Dave, and Maria run into creatures such as a murderous beast who kills anyone not capable of answering complex mathematic questions. They stop it simply by caving in its face with an axe. Likewise, they find that the town has become a tourist trap and that there are even wax statues of them. However, they find this to be horrifying, still carrying trauma from their encounters, and feeling uncomfortable being in the public eye, unlike when they were children and welcomed it.

Sons of Sorrow is a highly entertaining read. It’ll certainly please fans of horror, but also has enough absurd imagery to draw in fans of Bizarro and surreal fiction. Clarke has also written more straight Bizarro works, and this one would also serve as a good stepping stone for those interested in dipping their toes into the genre.