$80 to speedrun a remake of a nine-year old game. 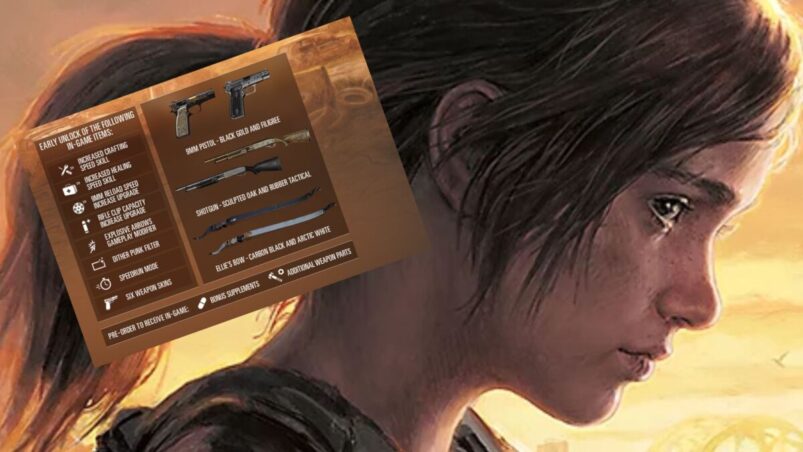 The Last of Us Part 1

Officially revealed last night at Summer Games Fest as one of only about three non-space games, Naughty Dog’s The Last of Us remake closed out the show in a rather muted way. Leaks didn’t help it, of course, but neither did what seems to be a fairly conservative remake, one that you could perhaps argue has more in common with a remaster.

While the PS5 remake does indeed look about as beautiful as you’d expect, the claims of it being “rebuilt from the ground up” feel odd at best, just outright false at worst. Such phrasing makes it seem like it’s a complete revamp of the PS3 game and later PS4 remaster, a total renovation as seen with the Resident Evil remakes over the years, but it’s really closer to a reworking of the visuals with some other, more vague modernisation thrown in. The fact that they didn’t actually show any gameplay doesn’t help, itself strange considering this is a game that’s out in under three months. That’s an alarming turnaround.

Throw in that this would mark a third-time purchase for some fans within the space of a decade that excludes the excellent Factions multiplayer while upping the price to an undeniably gougetastic £70/$70 and you have another The Last of Us release that’s dividing opinion. However, there’s another aspect to the remake that feels like it needs more attention: that its more expensive editions let you press the fast-forward button.

The Deluxe Edition for The Last of Us on PS5 costs an additional $10/£10 (remember: currency conversion is dead) and includes the following:

As well as that, those who pre-order the game will get bonus supplements and weapon parts to upgrade faster, basically making the game easier. It’s also rather odd how something that wasn’t in the original game, explosive arrows, are being sold separately as an early unlock, so one of the only truly new things we know of so far in this remake costs more to unlock early, and the same could be said of the Speedrun Mode.

Compare this to the extra content offered for the original game in the Survival Pack, which was a GameStop exclusive at the time:

What’s startling here is how the remake has effectively compensated for having no multiplayer by deliberately hampering the balancing of the single-player campaign (that was already made nine years ago) to have something extra to sell. It’s not pay-to-win in the traditional sense as it’s an offline game, yet how are these any different from the kind of “time savers” that Ubisoft has become maligned for selling in recent years for their single-player games? They aren’t — they just aren’t in an in-game shop for some nonsense currency like “Firefly Tokens”.

And the less said about this gritty, dramatic game selling weapon skins like Joel’s about to go and crank some 90s, the better.

This is all worsened by the fact that everything we’ve seen so far points towards a pretty conservative, pretty expensive remake of a game that really hasn’t aged much at all. Interestingly, the Demon’s Souls PS5 remake also offered a more expensive edition that cut stuff out and resold it separately, though at least that remake felt more necessary. Here, it just feels like someone’s plugging a gap in the release schedule and bottom line.

More will be revealed over time about The Last of Us on PS5 that hopefully makes this all appear less questionable. But, for now, it does seem like Sony is making a lot of the same mistakes that they made early on with the console that The Last of Us originally debuted on. It’ll be interesting to see how much longer this kind of hubris is excused for.