It's tough to even know where to begin with this one. 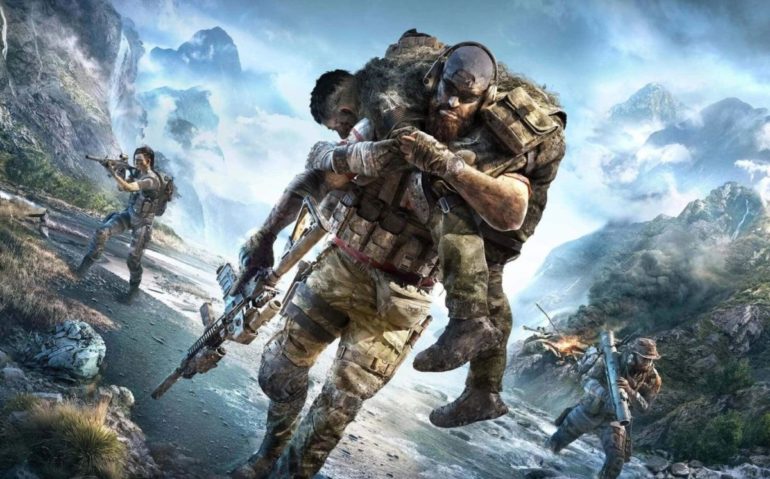 When a Reddit post hit the web revealing the ridiculous amount of purchasable items from the in-game store in Ghost Recon Breakpoint, I felt compelled to take a closer look into all of this myself.

In case you missed it, Ubisoft has basically made damn near everything purchasable in Breakpoint. This ranges from individual items and bundles, including guns, blueprints, attachments and just about everything in between minus the kitchen sink.

After loading up Breakpoint, I jumped into the store to get a better picture, and, well, there is a lot on sale here. To my basic working out, there was in excess of 250 items accessible from the get go. When I counted past 100, I was stunned, but over 250? In the words of Owen Wilson – “Wow.”

I get that sometimes games will come with pre-order exclusives or day one special releases, and some people don’t want to miss out on this. Again, that is not an issue. But when you can be not even five minutes into a brand new game and purchase an assortment of assault rifles and body gear to give you a quick boost, I can’t help but feel like it robs the game of any sense of achievement.

Call me a square from the past if you must (I am nearly 30 after all), but is part of the fun not supposed to be in earning your upgrades? Completing missions and side-missions to level up, seeking out chests and secrets across the map so I can unlock new guns and better armour off my own back? Is it not right to feel like my progression is just that – actual progression?

In some ways, it almost makes me not want to grind in Breakpoint. Why should I, if I can just purchase skill points (‘Time Savers’) and buy my way up the progression ladder? Why play when I can pay?

I do wonder how Ubisoft can be so confident that players will want to bypass the grind. The perks themselves can be tailored to your specific playstyle, whether you want to be stealthy or aggressive, but surely you need to be able to experiment with the four different classes before committing to buying skill points. If I can splash out on skill points as soon as I start the game, then surely I have already won. There’s no need for me to try because I’m already OP – I haven’t truly earned this or worked for it. It’s lazy and defeats the object of playing the game. How can I be satisfied when I haven’t worked for a single thing?

One of the things I enjoyed the most about Wildlands was the emphasis on exploration. If I wanted weapon blueprints then I would have to earn them. It was a simple, uncomplicated state of affairs. The temptation to get a jump start was gone. My progress was earnt and my joy with the game authentic. It was only released two years ago. 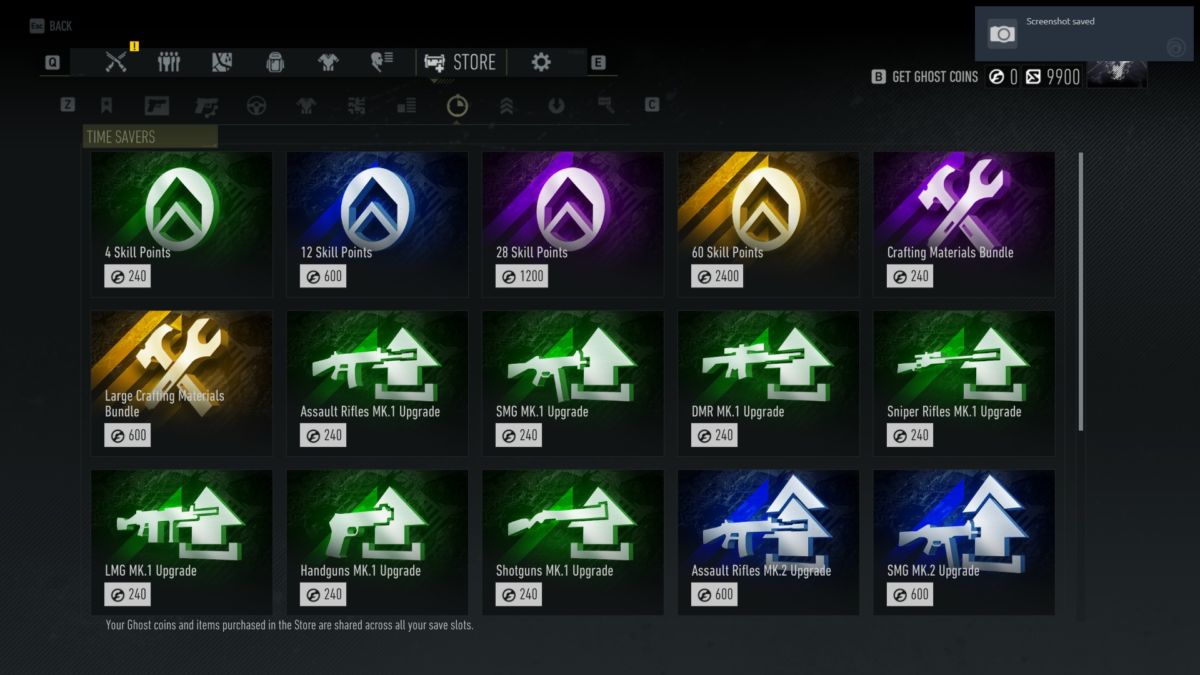 Breakpoint is considerably grindier than Wildlands. From the moment Breakpoint introduces you to its inventory system, you are encouraged to keep seeking out more and more loot. The higher your item’s level, the higher level you will be as a ghost. From an early hands-on, it doesn’t appear as if there is an end point for this or any indication of what, if any, the maximum level may be. There’s a looming emphasis to grind and keep hunting out better loot, but when you don’t have a clear picture of when this ends, the argument that Ubisoft are manipulating players into seeing microtransactions as a viable alternative becomes more and more obvious.

How am I, as a player, meant to even try and give myself to the core experience of the story and gameplay when it’s as if Ubisoft are both subliminally and blatantly willing me to fork over my hard earned cash?

The in-game currency here are Ghost Coins, redeemable by trading your own actual money for the Breakpoint equivalent. There are five coin bundles available, starting at £3.99/$4.99 for 600 Ghost Coins, and peaking at £65.99/$79.99 for 12,000, which is nearly the same price as the actual Gold Edition of the game itself.

If you want to treat yourself to a colour bundle of weapon skins and make your sniper a shade of Cyan, you’ll be looking at £7.99/$9.99 for 1300 Ghost Coins.

This is all without mentioning Breakpoint’s in-game currency, Skell Credits. You can earn these by actually playing the game (imagine that) or, and you can likely see where I’m going with this, trade your Ghost Coins for Skell Credits. All these microtransactions wherever you look are downright shameless. The whole economy of Breakpoint is exhausting.

You can take these purchased weapons into the PVP mode, which, while not strictly giving you an advantage, does mean you may have the edge over newer players early on. The weapons will boast improved accuracy and reliability, although Ubisoft have implemented a level system where every player will go in on level footing, regardless of their personal progression in other modes. While it is thoughtful of Ubisoft to even the playing field, it still feels really cheap that some blighters out there will have the ability to take shortcuts to the top.

What I will say in its (slight) defense is that Breakpoint doesn’t force or suggest you buy anything. It just kind of assumes you will, especially if you already own the Gold or Ultimate editions. If you bought the Ultimate edition and still have to buy more things after commiting to such a big spend, then it really undermines the whole ‘Ultimate’ aspect of it.

Simply, there is just so much that you can buy. Too much, even. I can’t help but feel like this is all a bit senseless. There has to be a balance between quantity and quality, or where is the benefit? All we are left with is a title that puts Pay-to-Win before playing to enjoy.

Whether or not Ubisoft will address this remains to be seen (at the time of writing, they have yet to make any statement). There is so much of Ghost Recon Breakpoint that is monetised, it comes across to me as Ubisoft being plain greedy, like how they were with Assassin’s Creed Odyssey.