5 Years Later, The Edge of Seventeen Is Still A Stellar Coming of Age Film

It's not as popular as Lady Bird, but it's still a pretty good film. 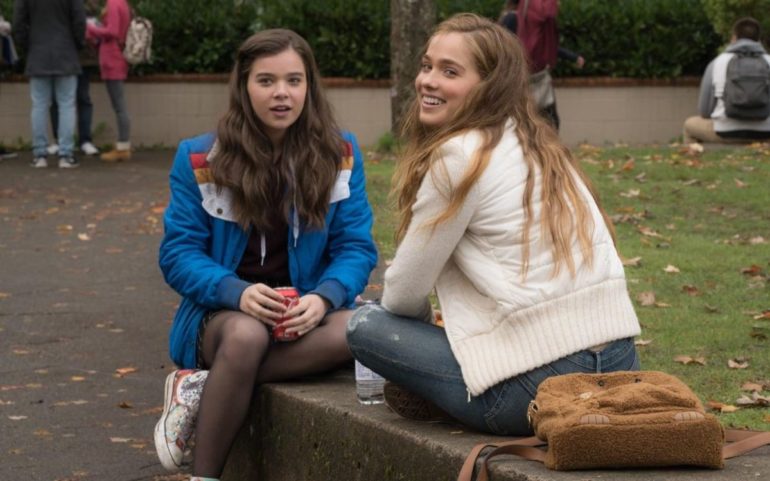 It’s been five years since the release of the coming-of-age film The Edge of Seventeen, a fantastic film that won over critics and cinephiles but didn’t exactly make that big of an impact at the box office or during awards season. Written and directed by Kelly Fremon Craig and starring Hailee Steinfeld, the film centers around a 17-year-old girl dealing with the death of her dad, the awkwardness of adolescence, and the fact that her best friend is now dating her brother.

Unfortunately for the film, it had the misfortune of being released around the same time as Fantastic Beasts and Where to Find Them, so it’s not surprising that many people brushed it aside, despite the fact that it had already received overwhelmingly positive reviews from critics during its TIFF release.

Jon Frosch of The Hollywood Reporter called the film “fast, full-hearted and graced with a beautifully modulated lead turn by Hailee Steinfeld.” David Ehrlich of IndieWire called the film “an instant high school movie classic” and said the film “isn’t just a welcome relief, it’s a genuine lifesaver.” Owen Gleiberman of Variety called the film “the savviest teen comedy in years” and praised Steinfeld’s performance, saying, “She isn’t just the star of ‘The Edge of Seventeen’ — she’s its center of gravity.” With such high praise, one would expect the film to have been a bigger hit than it actually was.

And yet, look at all the films we’ve seen since the release of The Edge of Seventeen: Lady Bird, Love, Simon, Eighth Grade, Booksmart, even Netflix originals like To All The Boys I’ve Loved Before and Sierra Burgess Is a Loser. Just like The Edge of Seventeen, all these films tell the story of the coming-of-age of an ordinary teenage girl (or, in Love, Simon’s case, a teenage boy). None of these films feature teenagers falling in love with vampires, living in dystopian cities, or finding out they secretly have magical powers — they’re all just films about everyday teenagers living their everyday lives. Many of these films are even critically acclaimed, with Lady Bird, in particular, receiving multiple nominations for multiple award shows such as the Academy Awards and the Golden Globe Awards.

Even Bumblebee, the Transformers film also starring Hailee Steinfeld, received comparisons to The Edge of Seventeen due to Steinfeld playing a teenage girl also dealing with the loss of her father. Unlike many films that just come and go, The Edge of Seventeen has stayed in the minds of many of the people who’ve seen it, especially when watching the coming of age films that came after it.

And really, how could it not? The Edge of Seventeen is a damn good movie. It’s funny, charming, excellently written and directed, and it features stellar performances from its cast, particularly lead star Hailee Steinfeld.

Steinfeld gives a superlative performance as the movie’s protagonist, Nadine, and given that nearly every scene in the film has her in it, her performance is honestly so mesmerizing to watch. You feel every emotion from her character no matter how big or small. Her sadness, her happiness, her anxiety, her pain, her depression, and her loneliness – these are all there in Steinfeld’s performance, giving the film and the character the great acting they both deserve.

Kelly Fremon Craig succeeds wonderfully as both the film’s writer and director. It is not easy to take a character like Nadine and make her likeable, and yet, no matter how disapproving we are of Nadine’s actions, we can’t help but root for her all throughout. We want Nadine to get her happy ending because the film does such an incredible job at making you understand her loneliness and insecurities.

Really, that’s the main thing that elevates The Edge of Seventeen from being just your average teen film: the feelings Nadine has in this movie aren’t feelings that go away once you become an adult. Nadine’s fear of being alone, of nobody really liking her, of never being enough for anyone, of being forgotten by everyone around her – these are all fears that stick with you even after your teenage years are over. It’s this combination of great writing, great directing, and great acting that makes The Edge of Seventeen such a great film about the loneliness of growing up.

If you haven’t seen it yet, The Edge of Seventeen is worth your watch, especially if you’ve greatly enjoyed all the coming of age films that came after it. It really is just a terrific film that paints a painfully accurate picture of loneliness and depression while still managing to be occasionally fun and even downright hilarious. It’s definitely cemented its place as one of the best teen films of the 2010s, and will definitely be remembered for even many more years to come.