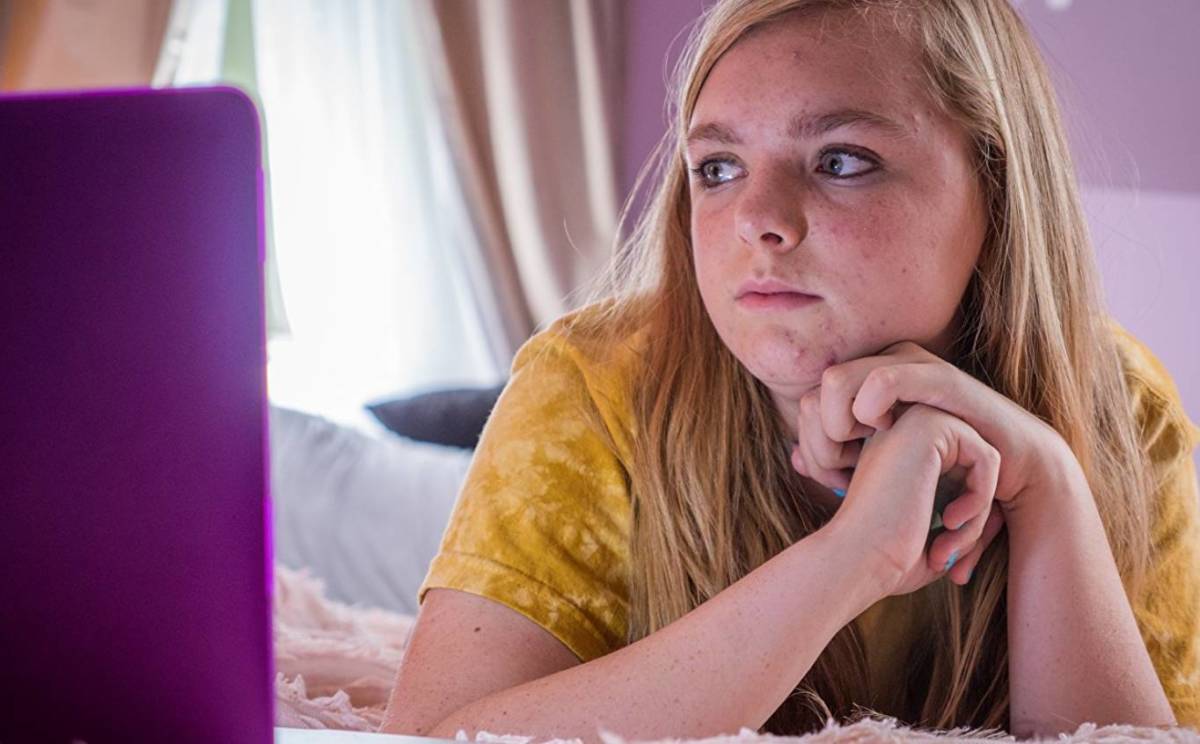 We’ve all been there. I know I sure have been. The transition from middle school (or junior high) to high school is terrifying. There’s nothing easy about trying to fit in and be likable, especially when it means starting all over again after the fleeting three months of summer. Comedian Bo Burnham perfectly summarizes the peak of adolescence in his directorial and screenwriting debut, Eighth Grade.

Personally, Eighth Grade really struck a chord. It hit me really hard. It brought me back to my own middle school days when I myself was really struggling to understand where I belonged. The movie really goes above and beyond as it channels a gritty, realistic perspective of how harsh this can be. The casting is one of the film’s strongest facets. Elsie Fisher is outstanding as Kayla Day, and her performance will certainly leave a lasting impression. Kayla isn’t the typical teen that’s often portrayed in the media. She’s not the definition of perfection, and that’s what’s vital to the plot. She represents the mass majority.

The casting is excellent. Each stands as an individual even if they may fit into a certain a certain domain. Of course, there’s the “mean girl” and the “oblivious parents,” but that’s only the tip of the iceberg. Each character represents someone that most of us have met in our life or someone that we ourselves can relate to. This is Josh Hamilton’s cinematic debut, and he simply nails his role as Mark Day and takes a more adult view on his “daughter’s” changing world.

The writing is superb. There’s a balance of naive adolescence that’s leveled with Burnham’s unique brand of humor. It has a natural cadence that carries on at an engaging rate. At times, it feels like you’re watching one of Burnham’s standup sets. Though it may be light at times, it touches on sensitive topics and faces the darker points of maturing in the most meticulous manner. The writing deserves to be praised as it seamlessly binds the film together.

The score is untraditionally fascinating. Instead of an orchestrated method of music, electric pulses and vibrations come together to create panic and anxiety-inducing wavelengths that create a physical reaction.

Eighth Grade incorporates the use of social media and utilizes it to its highest advantage. Through the film, Kayla creates a series of YouTube videos where she offers up advice to those who watch them. Maybe this pays a small tribute to Burnham’s beginnings on the same social media platform. Maybe it emphasizes the amount of “cringe” that pre-teens go through. Sure, social media and its use have been seen before, but this is as real as it gets while portrayed here.

It really is a lot of fun to watch. It engages an audience emotionally while volleying between a span of poignant truths, to a series of perfectly paced comedic inserts that are so cleverly crafted. It will leave some laughing and some in tears. But overall, Eighth Grade is one film that cannot be and will not be forgettable.