Volume two of this cooking odyssey brings you recipes, celebrity guests, and one of the best meatball subs you’ll ever see. 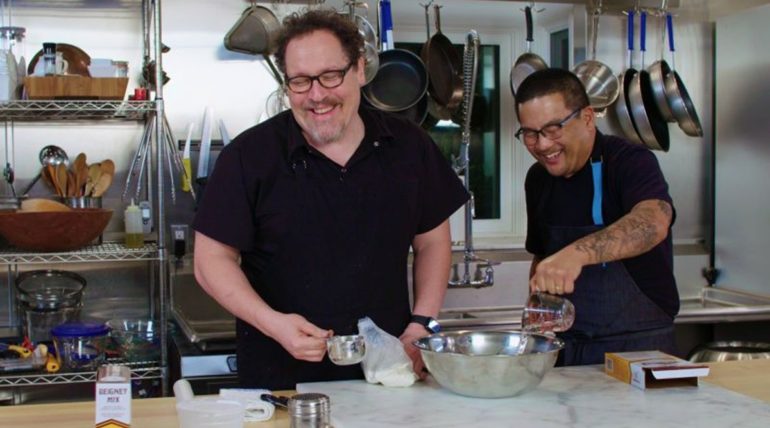 When Jon Favreau developed his film Chef in 2014, it sparked a more profound interest in cooking. He trained with Roy Choi, a restaurateur who helped Favreau developed the foods for the film and oversaw all the cooking scenes. The film became a smash hit, but for the two of them, they still wanted their partnership to move forward. Favreau and Choi toyed with several ideas to continue their collaboration, including opening a restaurant but decided to make a food documentary series on Netflix.

There are two types of episodes that you get from The Chef Show. The first type has Favreau and Choi cooking some of their favorite recipes with the help of a celebrity guest. The other has the duo explore a different part of the culinary world. It’ll have them interviewing either the originators or a representative behind it and then making the recipe.

The main strength of the show is the collaboration between Favreau and Choi. It’s more like a mentor/apprentice relationship between the two of them. Favreau will continuously try to discover new things from Choi, who will always try to help him learn. He’ll often connect his own experiences with cooking like when his career skyrocketed because of a dish (a French onion soup in a hollowed-out onion) that went viral.

Even when Choi doesn’t know the answer, he’ll still offer something to help him out. Like when Favreau asks about the ingredients and Choi just says to improve it, that’s a part of cooking. Choi is the cool teacher in school that helps his student while making what he’s teaching relate more to you. This kind of chemistry between the two of them has a very relaxing feeling to it that also helps to make the audience unwind. The tone helps set this apart from cooking shows because you’re not watching to learn from the recipes but instead seeing what bonds them together, cooking.

It’s nice to see different parts of the culinary world explored through Favreau and Choi’s viewpoint. This season, we get to see the inner workings of an Italian restaurant called Pizzana, the art of guerrilla tacos, and Hog Island. While the duo interview their guests, we also get to see recipes in action, and the care that goes into them.

One thing that The Chef Show does so right is, simply, making you hungry. It’s practically a cardinal sin for a food show to be so uninteresting that it doesn’t make you hunger for what’s featured onscreen. The shots they get for the meals during the cooking process and the finished products leave you salivating while watching. The Pizzana episode comes to mind in particular, with the sight of pizza being cooked in a huge oven with a fire melting the cheese to the perfect level. Also, it features one of the best meatball subs you’ll ever see.

While the more insightful adventures are fascinating, the simpler episodes that consist of everyone cooking a dish or two are so enjoyable. This season, we get a lot more variety compared to the first season. Since the show’s a spinoff of Chef, a lot of the recipes are from the movie. Not that it’s a bad thing – in fact, the Chef recipes offered an exciting insight into the process of the film. Now we get the duo cooking what they want to cook. It doesn’t matter if it’s making breakfast foods, fried chicken, or Choi’s recipes that helped him to stardom, it’s all good to see.

Like good seasoning, it’s bolstered by great celebrity guests. People like Seth Rogen, Lucasfilm’s Dave Filoni, Binging with Babish’s host Andrew Rae, and Ugly Delicious host David Chang offers a fabulous presence to this season. All of them work with the chilled atmosphere that’s established on the show. They’re not here to promote anything, and everyone wants to cook while having a good time.

Some highlights include Dave Filoni geeking out over all things Star Wars related and showing why he is the man to oversee all the Star Wars animated projects. Filoni and Favreau also have a shared history with Star Wars and the Skywalker Ranch, the location of that episode. Also, any time spent with Seth Rogen is going to be a good time. He has such a down to earth personality and steals the whole event. His humor works with Favreau and Choi so much that hopefully he’ll be back for volume three.

While it’s only a little touch, the music and the stop motion animated transitions are a nice addition to the whole experience. The salsa music from Mathieu Schreyer has this fun vibe to it and helps bring up the energy during the shots of cooking. While the animations are often repeated, like the sequence of a food truck being out of control, it really helps things stand out when they’re introducing the food. Take, for example, meatballs: there’ll be an animated version of them. Then the meatballs will be flung up, and it’ll show a breakdown of all the ingredients that were used. It’s a unique and fun way to introduce the recipe without having to go over them for an extended amount of time.

The Chef Show Volume Two is a fun look at the cooking world that will give you a good time. It’s a short binge with only six episodes that are only around 30 minutes each. Even know everyone’s schedule is busy, there’s a desire to get more of The Chef Show. There are so many possibilities that the show can go into new places, different cooking styles, or fun guests that’ll work off Favreau and Choi. For now, having both volumes available is enough to satisfy your hunger for good content. 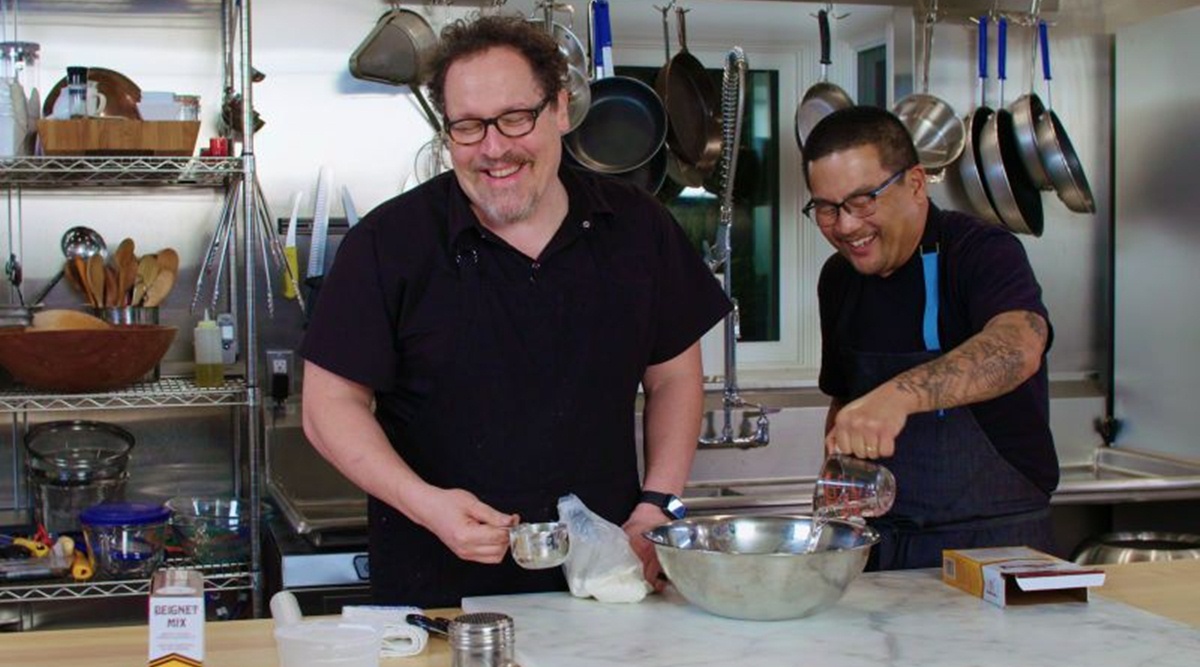 Verdict
The Chef Show has all the makings of a perfect recipe. Take one part of a fascination look at the culinary world, one part of having fun celebrity guests, and a heaping helping of the chemistry of Favreau and Choi. Combined, you’ll have a tasty binge that’ll leave you hungry for more content.
9
Cultured Vultures is a pop culture website established in 2013 covering all things gaming, movies, and more. We eat your words.
All The News On The Biggest Games