"When you can put energy out there and have it come back to you, it's a powerful thing." 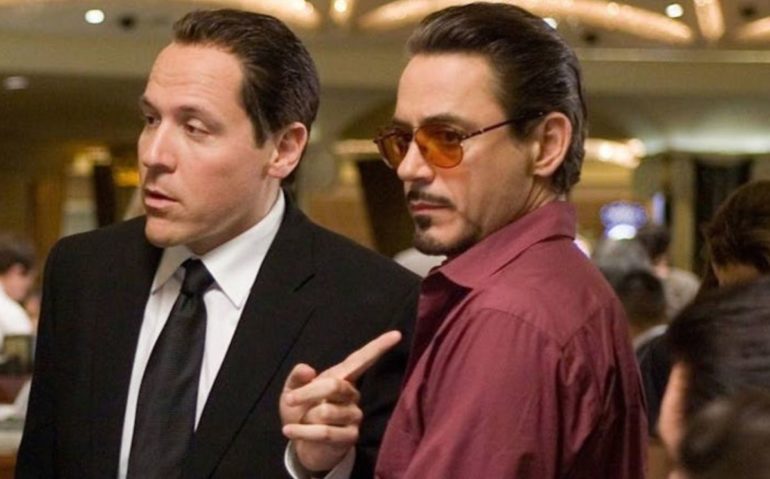 On June 15, 2019, actor, producer, director, and screenwriter Jon Favreau was presented with the Gene Siskel Film Center Renaissance Award. The 2019 Siskel Gala brought together Favreau and long-time acquaintance/Marvel Studios co-star Robert Downey Jr. as they engaged in conversation about Favreau’s influence on film, the process of his creativity, and his career. The Gene Siskel Film Center annually honors an individual that has gone above and beyond in cinema and all proceeds from the benefit go to the film center.

Although the Renaissance Award went to Favreau, Downey Jr. was not hesitant to command a room and guaranteed himself that there was enough attention on him. “Let’s talk about me. What do you love about me?” he asked Favreau before doubling over in laughter from his own opening to their conversation. Downey Jr. was more than eager to start their discussion, rifling through his questions before Favreau could formulate a single answer, ranging from word association to insightful queries.

Favreau, who moved to Chicago at the age of 22, expressed an abundance of gratitude to the city that served as a catalyst for his career. He admitted that he didn’t know what he wanted to do with his life, but wanted to do something that he loved. After bartending and studying art, Favreau found himself in association with The Second City and the Upright Citizen’s Brigade improv troupes.

This was also Favreau’s return to the Siskel Gala, as he honored George Lucas here in 2009. “Chicago serves as a real incubator for creativity,” Favreau said while addressing the crowd, “We don’t give people permission to fail, and I failed over and over and over again.”

Throughout the conversation, different keypoint and iconic scenes from Favreau, Downey Jr., or both were shown and discussed upon. Scenes from Rudy, Elf, The Break-Up, the Iron Man trilogy Chef, The Jungle Book, The Chef Show, and The Lion King were hot topics to be discussed and expanded upon.

Favreau will piggyback off of Chef with The Chef Show, which follows he and chef Roy Choi as they join accomplished chefs and other celebrities in the kitchen for a documentary-style television series. When touching on the television series, Favreau said that, “if you can separate the disappointment of not being successful, you can say ‘okay, I don’t want to feel this way,’ and you try something different.” The segment of The Chef Show presented featured Downey Jr., which prompted a reflection of their past work together.

“I didn’t want to say ‘no’ to Downey Jr. ever,” Favreau said when the pair looked back at Iron Man, “I wanted to say ‘yes, and.’ Trust that ‘yes, and’ attitude, build on that, and work with that attitude on a neuropathway,” Favreau said that instinct transfers whether you’re acting, etcetera, and quoted actress Scarlett Johannson by saying that “everything is like a puzzle to me.”

Favreau concluded by comparing the film and improv communities and how they function to the sport of surfing, using the idea of everything coming together as a common theme. A surfer on the waves was made similar to a functioning film set: “When you can put energy out there and have it come back to you, it’s a powerful thing. If you do ‘good,’ you start to enjoy [your craft] more.”

*A press pass was supplied to the writer for coverage purposes.