Is The Ascent Coming to PS5?

Ascending above the confusion. 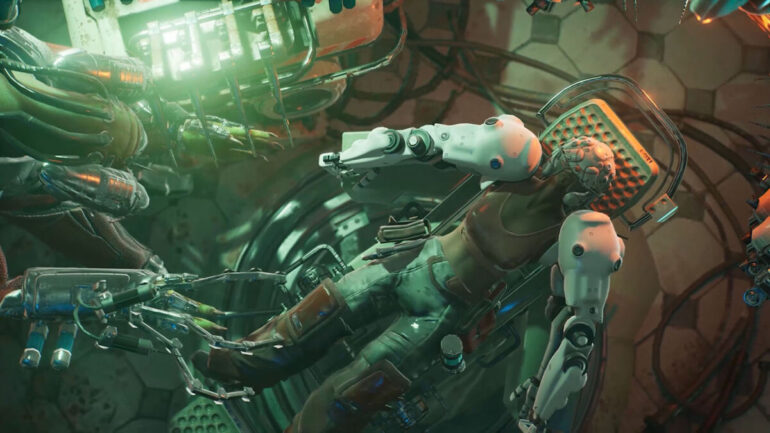 The Ascent, originally slated to be a launch title for Xbox Series X | S, will now be launching sometime in 2021 for the aforementioned consoles as well as Steam and Xbox One. But is there a chance of The Ascent also coming to PS5 at some point down the line?

Making its first major outing at an Inside Xbox broadcast, The Ascent is a top-down cyberpunk action-RPG that takes elements from Diablo as you descend into ‘The Ascent Group’ arcology to take on creatures and enemies from far and wide. With dungeon crawler and twin-stick inspirations, it’s a seriously intriguing indie that might scratch your dystopian itch.

It will also launch as part of Xbox Game Pass and feature 4K resolutions at 60fps, not to mention that it will also be Smart Delivery supported. In an interview with IGN, the game’s developers mentioned that The Ascent was a game that really excited Microsoft, namely down to the visuals and core gameplay, despite the team being a very small one.

Developed by Neon Giant and published by Curve Digital, will The Ascent ever rise to the surface for other platforms, namely the PlayStation 5? While there’s no mention of it anywhere, we’re pretty confident that it will.

The first reason why we think this is because none of the PR materials mention outright that The Ascent is anything but a timed exclusive for Xbox. Based on what we’ve seen in the past, most “full” exclusives will mention that fact absolutely everywhere. The Ascent doesn’t mention anything about that kind of exclusivity.

The second major reason why we think The Ascent will also land on PS5 (and other platforms) is that Curve Digital are a third-party publisher, which Xbox very rarely tend to have full exclusives from. The only full Xbox exclusive from a third-party that springs to mind is Dead Rising 3, an Xbox One launch title. Xbox seemed to kick off the third-party timed exclusivity back and forth with Rise of the Tomb Raider, published by Square Enix, and it looks to be a business tactic that they are sticking with for next-gen.

So, when should you expect The Ascent to land on PlayStation 5, if it does? Well, most timed exclusives last for one year, meaning that you should look to play The Ascent in 2022 at the very earliest.

READ NEXT: Will Scorn Come To PlayStation 5?