Will Scorn Come To PlayStation 5?

Would Sony even allow it, mind you? 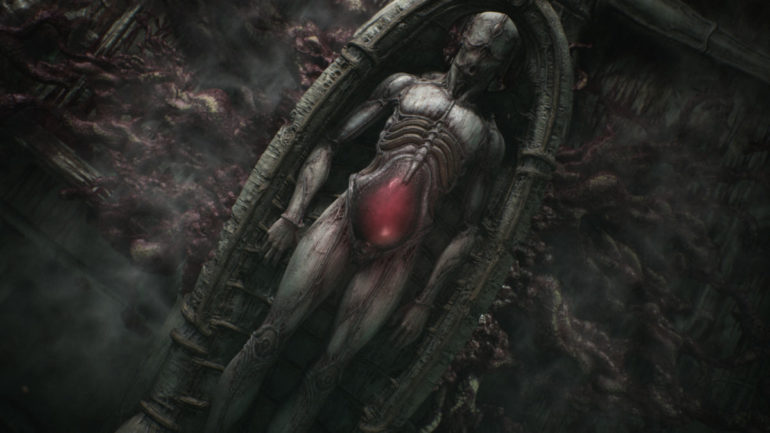 In development for many years by Ebb Software, Scorn is heavily inspired by the works of H.R. Giger, the mind behind the designs for the original Alien movie, the person who was basically responsible for giving the franchise its identity.

Originally a Kickstarter property with two parts planned, Scorn was last seen properly in 2017 with a short but effective gameplay trailer that featured phallic guns and gross enemies. Since then, though, it’s all been quiet for the game.

So to see if turn up as an Xbox Series X exclusive was quite the shock. Here’s what Scorn Game Director Ljubomir Peklar said on the move:

“For us as developers it’s imperative to present Scorn in the best way possible. The distinctive art style is only half the story – the other half is having all the technical parts of the game running smoothly. That’s where our partnership with Microsoft and their next generation Xbox Series X console comes in. Xbox Series X is an extremely capable piece of hardware that will enable us to run Scorn at 4k 60fps with all the graphical bells and whistles. Ease of development and raw processing power are the primary reasons we chose to go exclusively with Xbox Series X. Players on Series X will experience an uncompromising version of Scorn.”

Does this rule out Scorn coming to PlayStation 5 as well? Not at all: we’ve seen many third-party Xbox exclusives actually turn out to be timed exclusives instead, meaning that they come to other platforms after a certain amount of time has passed, usually a year.

Rise of the Tomb Raider was one of the most famous examples of this, it being an Xbox One exclusive that later made its way to PS4. There aren’t many third-party Xbox exclusives that haven’t come to other consoles by now, Dead Rising 3 being the only one that really springs to mind.

When we asked the game’s PR about if the game was a timed exclusive, they didn’t exactly close the door on Scorn potentially coming to the PlayStation 5, or even other platforms:

Scorn is also coming to PC and there’s a Steam page live for it, but for the purposes of today’s announcement, we have no comment about timings on any other platform for now.

With Scorn coming to Xbox Series X & S as part of Xbox Game Pass, expect to see potential news on a Scorn PlayStation 5 port sometime in 2021. That is, of course, if Sony can handle all the sexual references.

READ NEXT: PS5 Confirmed Games: Every Game Coming To PlayStation 5