Ten Percent: Season 1 REVIEW – A Fraction of The Original 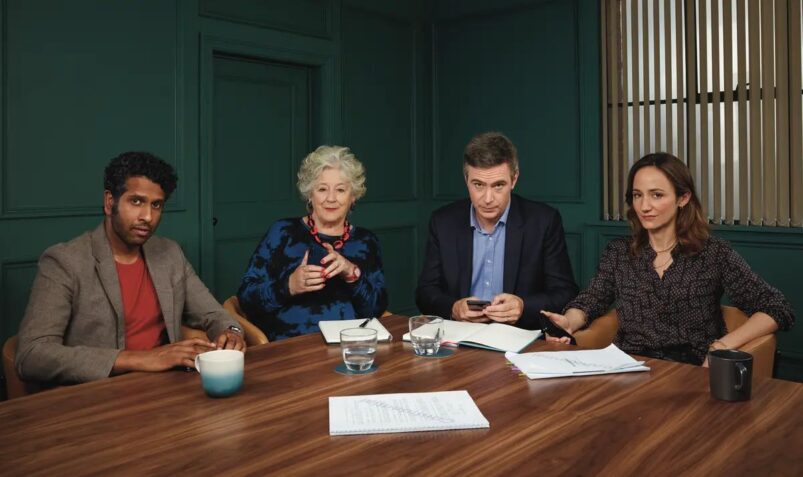 Call My Agent (en francais, Dix Pour Cent, or Ten Percent) has grown into a worldwide phenomenon. Set at the fictitious Parisian talent firm of A.S.K, the French sitcom smash revolves around the dysfunctional and varied ensemble of agents constantly scrambling to keep their varied high-profile clients happy while also juggling the usual messiness of their own personal trials and tribulations. Praised for its style, wit and comedic flair, Call My Agent has managed to be a decidedly French concoction amenable to almost any taste across the globe.

There was a time, of course, when it was us Brits who could proudly proclaim to be the prime exporters of comic culture, our homegrown produce repacked for audiences around the globe to chuckle at Hyacinth Bucket’s desperate social climbing or Mr. Bean’s rubber mouthed slapstick antics. When Stephen Merchant and Ricky Gervais’ mockumentary classic The Office hit British screens in the early 2000s, it wasn’t long before Gervais was (somewhat ironically) able to boast that the show had been remade so frequently that there were now Offices in places ranging from Chile to The Czech Republic, the forests of Sweden to the streets of France.

There was also a time when, if you asked the average British bystander on the street to name their favourite French comedic import, they might shrug their shoulders and proffer either Marcel Marceau or, perhaps more tellingly, Inspector Clouseau. Now, it seems, other European countries can lay a decent claim to being at the top of the cultural tree.

While it’s always sensible to approach a show’s transnational remake with a degree of healthy trepidation, many of the pieces were certainly in place for Ten Percent to replicate the magic of its continental cousin. Amazon clearly had enough money left over from their colossal investment in the upcoming Lord of the Rings prequel show to put some heft into other, non-Tolkien-based productions, its own reimagining of the Gallic phenomenon appropriately sleek and shiny for a show predominantly considered with artifice, illusion and the desperate superficiality of the world around which it revolves. The cast, it goes without saying, is excellent, Jack Davenport’s peculiar likability anchoring proceedings while Lydia Leonard’s scathing-but-fragile Rebecca helps give proceedings a more human dimension.

And while celebrity cameos abound in the world of Ten Percent, the show’s central cast has been craftily selected to feel comparatively more real and grounded as opposed to a raft of A-list superstars. It’s a smart move, as in a show where Helena Bonham Carter and Dominic West are popping up to play themselves, it might’ve been a large suspension of belief to see someone with the profile of Benedict Cumberbatch playing an agent and pretending to be anyone other than himself.

This down-to-Earth, functional approach does pervade much of the rest of the show’s tone and feel, and while proceedings look bright and breezy buried in the heart of London’s bustling Soho, Ten Percent gives off an intangible sense of detachment from its audience. Proceedings put you in mind of a mid-2000s BBC production, something akin to public relations-centric sitcom Absolute Power colliding with a much tamer reworking of The Thick of It – clean, solid, but ultimately sanitised and somewhat unspectacular.

It’s this somewhat utilitarian mooring from which Ten Percent never quite manages to untether itself, the show straining for an edge or sharpness that its slightly thin scripts never quite manage to provide. While it’s certainly enjoyable to watch a series of unenviable cock-ups and all other manner of hell ending in the suffix ‘up’, there’s still a distinct lack of laughter when things inevitably go sideways for the tirelessly dysfunctional employees at Nightingale Hart. Classics like The Thick of It benefited from the uproarious profanity of their ferocious scripts, barbed and angry and fizzing with venom, even malice, but Ten Percent’s tame, middle-of-the-road approach means that it simply isn’t ever funny enough for a show billing itself predominantly as a comedy.

Perhaps that has something to do with how it treats its core characters. Ten Percent is stuck in a halfway house, never quite deciding on whether it wants its protagonists to be vile backstabbing egomaniacs desperate only for their own respective successes, or else flawed giants scrabbling to emerge from the mired hell of office politics and the petty narcissisms of the clients they serve.
Neither vindictive sinners nor put-upon saints, it’s a lack of commitment that renders many of Nightingale Hart’s members somewhat one-dimensional. There’s nothing wrong with being both at once, of course, as long as the audience is given a greater sense of these contrasting demons scrapping away within each character’s own tormented soul. A sitcom’s dialogue may be dry. Its characters definitely shouldn’t be.

Nor, often, is there much of a sense of evolution as the show develops across its eight episodes of around 50 minutes apiece. Too often, personalities remain frustratingly static, chrysalis forms waiting to explode into something resembling rage or ego or courage but somehow restricted by an apparent aversion to genuine growth. Tim McInnerny’s bumbling halfwit of a failed thespian, for instance, spends so much of the script tearfully apologising for his own shattered ego that it’s hard not to grab one’s TV by the sides while loudly screaming “pull yourself together man!” at the screen. The feeling does not dissipate as the season moves towards its climax.

Too often, Ten Percent finds itself in the middle of the road, toothless and lacking in conviction and fury, unable to really give things the necessary bite. Too often, things are predictable, even cliché, the same narcissistic actors clashing with egomaniacal directors, the same phony Americans who renege on false promises and grin their soulless grins through mouths crammed more with veneers than actual teeth. And too often, we’re reminded of shows we’ve seen before, the Hollywood artifice of Episodes melded with the dysfunctional A-listers of Extras all dressed up in a familiar wrapper. In retreading old ground from its superior original, Ten Percent fails to find its own unique voice.

The French original may have been more scathing, but it also received acclaim for its depth, its soul, for revealing the work and passion these underappreciated nodes in the celebrity network work with while having to scrape and scrap while under extreme duress. It is, perhaps appropriately enough, a passionate streak altogether too dulled under the oppressive grey of England’s hoary skies.

READ MORE: A Taste of French Language Cinema: 10 Films From France and Beyond 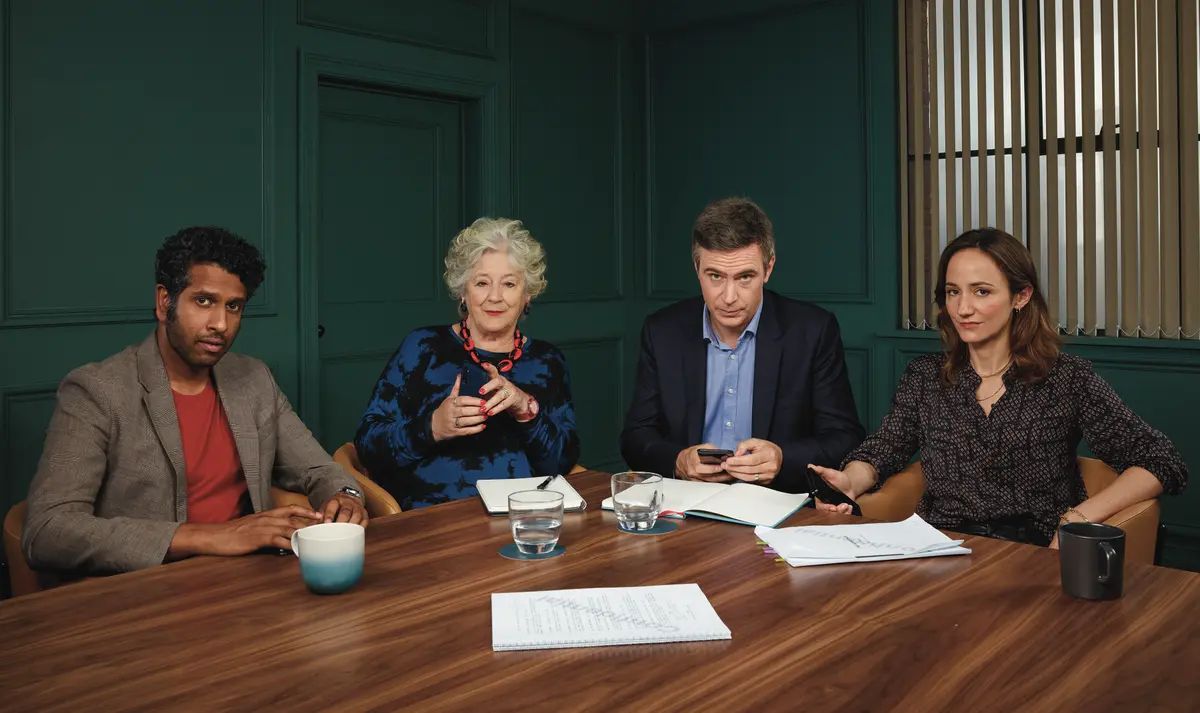 Verdict
Competent but inconsequential, Ten Percent feels like an exercise in restraint rather than a bold reimagining of its beloved Gallic counterpart.
5.5
Cultured Vultures is a pop culture website established in 2013 covering all things gaming, movies, and more. We eat your words.
All The News On The Biggest Games