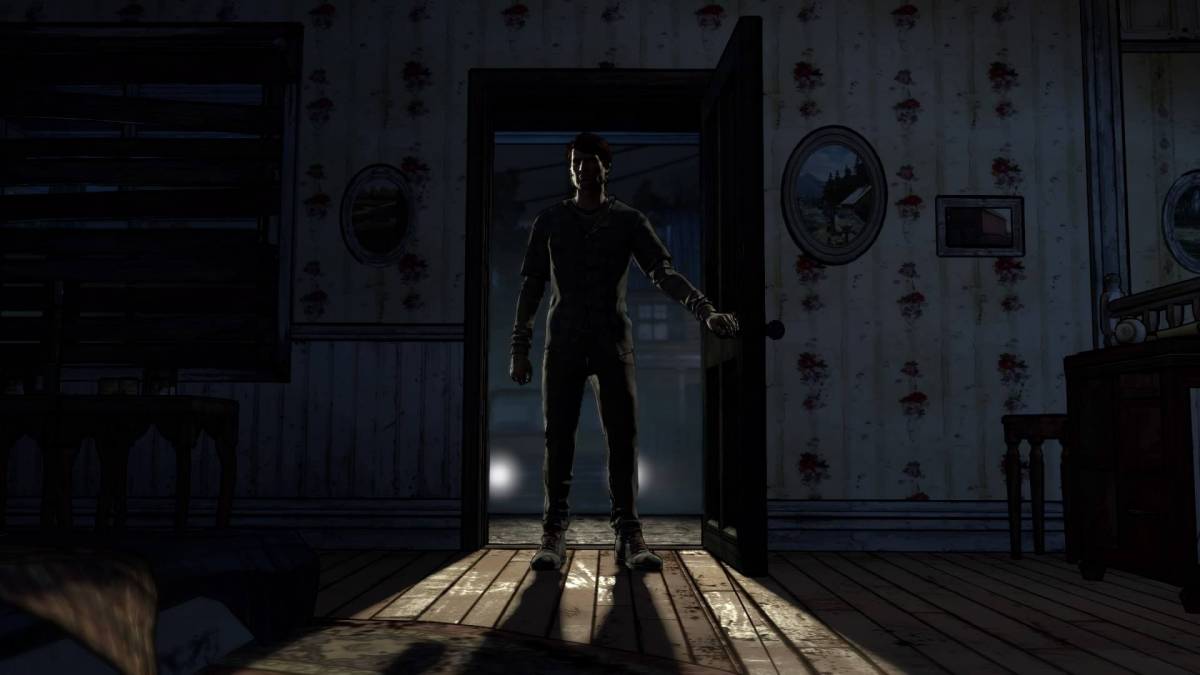 SPOILERS NOTE: The general plot is discussed, but the fates of individual characters are not.

It’s been quite the wait for fans of Telltale’s The Walking Dead. The series was last seen back in December with the third season’s second episode leaving things on a cliffhanger. After years apart, Javier was finally reunited with his brother, David, but his connection to The New Frontier left the reunion on a tense and uncertain note.

Three months later, was it worth the wait? Yes, because ‘Above the Law’ may be one of the most gripping episodes Telltale have ever produced. From its first few minutes up until its last, it barely gives you room to breathe, which, when matched with the episode’s many twists and turns, more than makes up for the lost time. 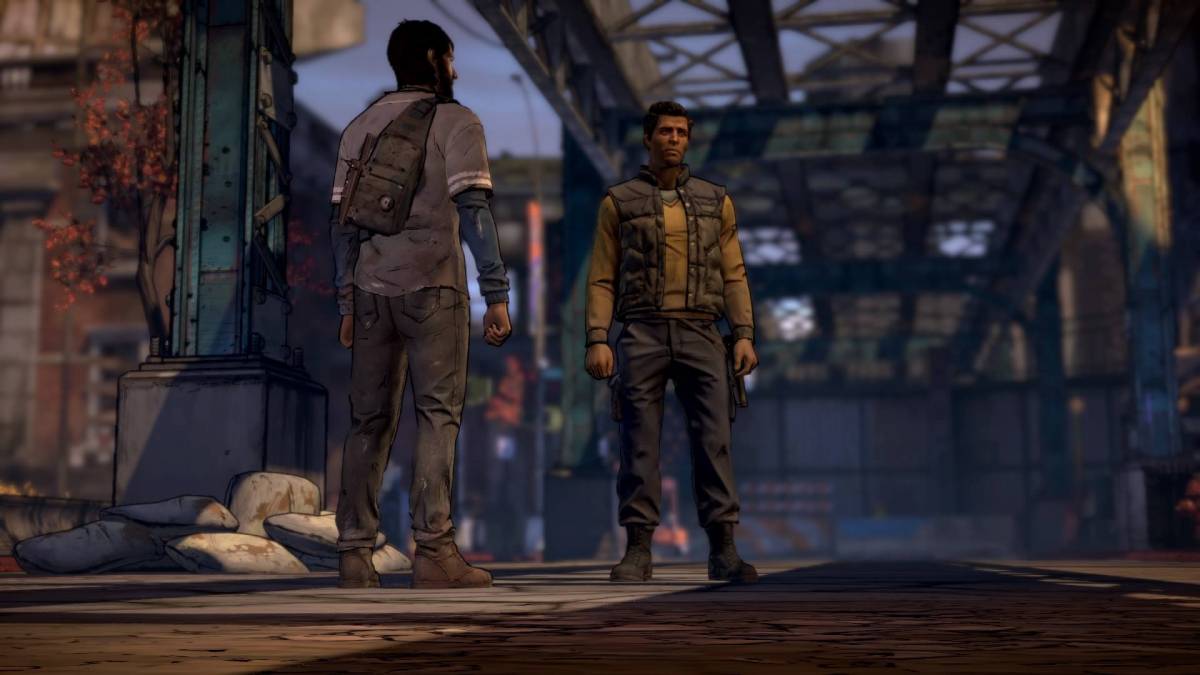 Entering Richmond, all is not what it seems – this is The Walking Dead, after all. Despite the warnings from Clementine, it appears to be a relatively welcoming place, despite Javier’s crew being sent to isolation for a short while upon arrival. After being “released”, it’s at this point that the strained dynamic between Javier and his brother becomes fascinating and easy to connect to.

Themes of family are wherever you look in The Walking Dead’s third season – in fact, it might have been the theme for all three to date. But it’s with a more stable engine and a broader range of characters that this really comes to the fore. Even if Gabe can be early AMC Carl Grimes turned up to a million, I still find it hard not to care for him. Likewise for Kate, so when ‘Above the Law’ cranks out the inevitable tough decisions, the impact is felt even harsher by Javier and those around him. 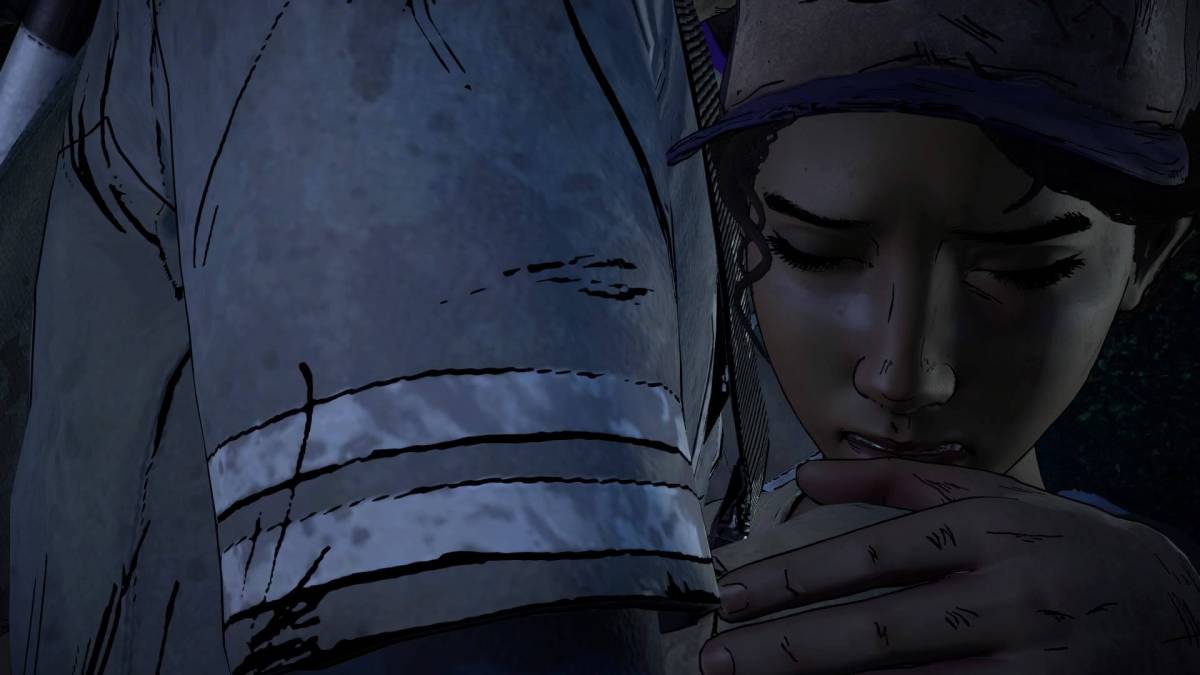 Javier himself continues to act as a more than an able deputy to Clementine, the hardened orphan who carried the game’s first two seasons. Negativity towards Clem’s “usurper” are understandable, but I feel like a lot of her story has already been told. There’s only so much misery a young girl can be subjected to and still ask the audience to care and with the almost misanthropic tone that’s already been established in the game’s third season, changing the perspectives allows a different kind of empathy for a different kind of person.

Instead of acting as the main character for the third season, Clem’s role is more as a supporting player on the stage of nihilism we know as The Walking Dead. Her brief flashbacks give the player control of her, but as this is only fleeting, it may not appease long-term fans as much as the developers may have liked. In my mind, it’s the right call, showcasing the best of both worlds: We get to live in the shoes of Clem (albeit only for a matter of minutes) and also establish a set of new faces. The third episode’s flashback continues the strife of Clem and AJ, which sets up the reasons for why Clem is so untrusting of The New Frontier. It works, but also shows that the heroine is deeply flawed and still a child, despite her hard exterior. 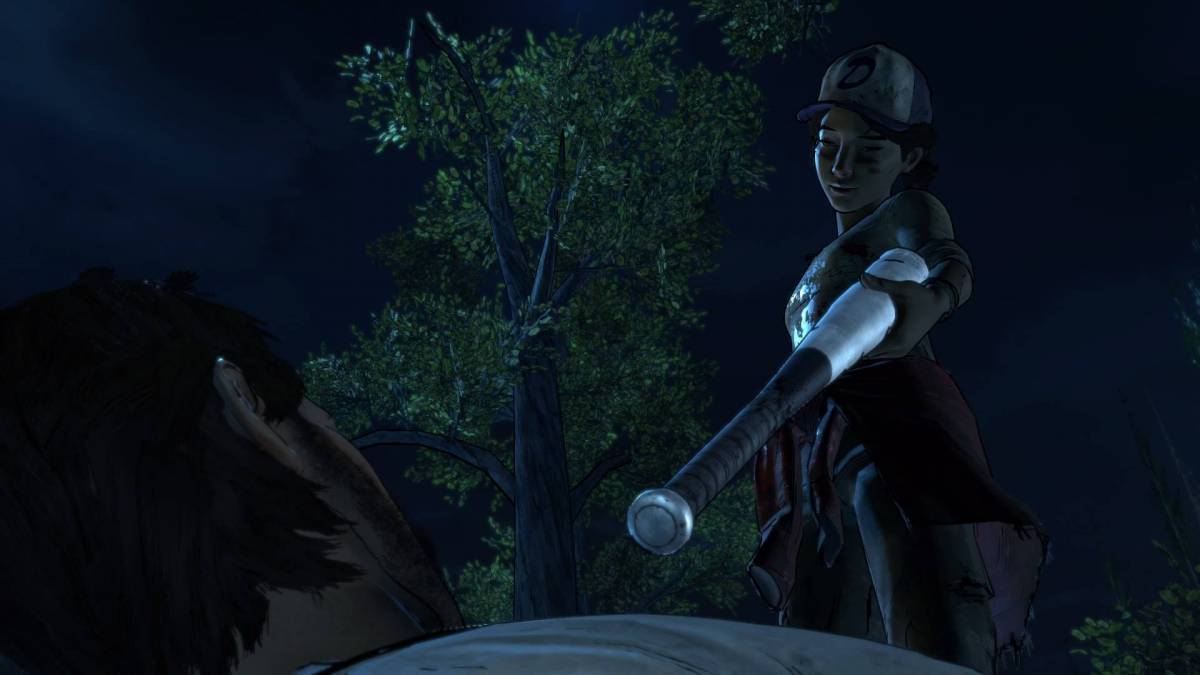 The choices in ‘Above the Law’ also feel like they shape the kind of person Javier is, moulding him into your character. I have seen enough of The Walking Dead to know that the weak don’t prosper, so I almost didn’t hesitate to make some violent and uncompromising decisions, steel bat in hand. The fallout from my actions was almost immediate and made me question myself, which is something that you want from a narrative-based game. If it was all smooth sailing and there were no raised stakes, where would the immersion go?

If there are to be any complaints for ‘Above the Law’, the sudden and disorienting rampage of new characters is one of them. They’re all introduced almost at once, giving the player little time to distinguish them from each other and form an opinion. By the episode’s end, there are so many new faces in one room that it’s hard to focus on just one. To add to that, a few scenes had the customary Telltale hiccup; a framerate drop here and a lip sync issue there. It’s par for the course, however, and The Walking Dead’s third season remains the best optimised Telltale game I’ve played to date.

This season has already surpassed the patchiness of the second in my mind. The road ahead is unclear and there may not be one “big” thread to tie it all together, but the ride is breathless and engaging all the same. Now, if you’ll excuse me, I have an egg time to start and watch until the fourth episode comes out.

UP NEXT
Episode Two Review
Episode One Review

Buy The Walking Dead: The Telltale Series A New Frontier on PlayStation 4

Verdict
Exhilarating and emotional, 'Above the Law' may be one of the most gripping episodes Telltale have ever produced and shows that change can sometimes be good.
9
Cultured Vultures is a pop culture website established in 2013 covering all things gaming, movies, and more. We eat your words.
All The News On The Biggest Games