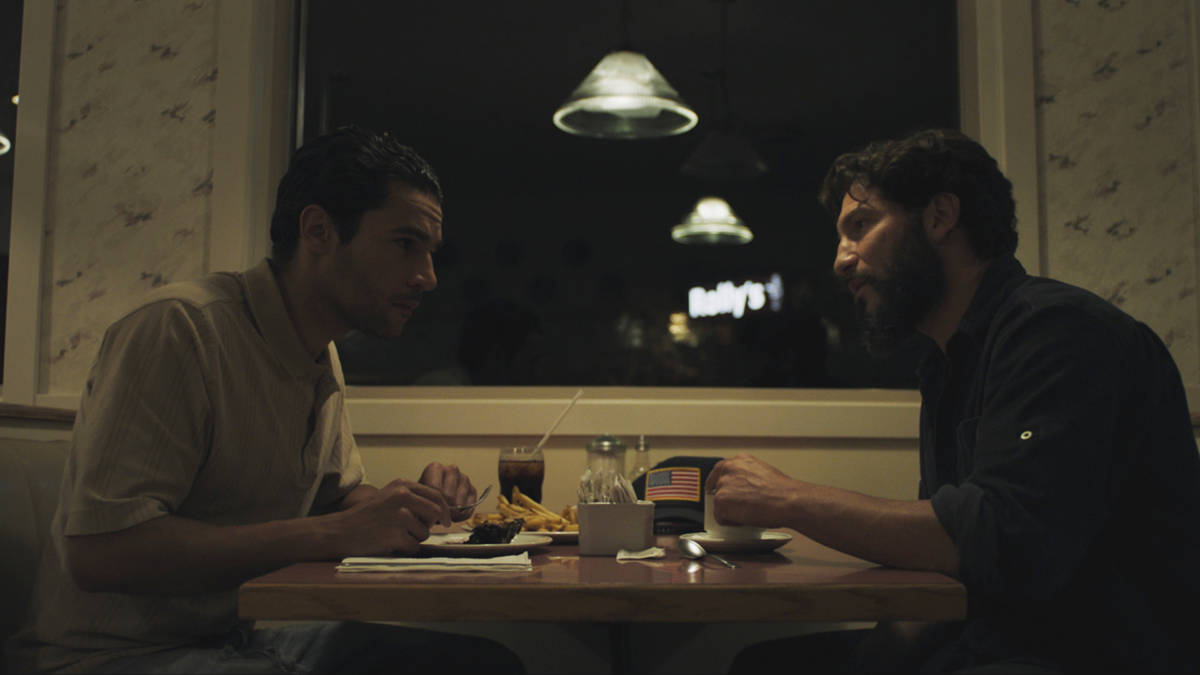 The thing about a majority of neo-noir films that attempt to replicate the high standard that directors such as the Coen brothers have set for the last thirty years is that they suck. So often, we see directors latch onto the aspects of neo-noir that are the least defining of the genre, and as such, they fail.

Director Jamie M. Dagg succeeds where many have failed, as Dagg focuses on what motivates these characters instead of their actions. It is this continual focus on character study, a star-studded cast, and an excellent script penned by Benjamin and Paul China that separates Sweet Virginia from the slew of neo-noir flops.

Sweet Virginia is a tale of a quaint, blue-collar Alaskan town rocked by a shocking triple murder that sends ripples throughout its community. Ripples that ensure more residents will be pulled down a rabbit hole of violence, greed, and violence that flies in the face of their ordinary course of life.

Two such individuals whose paths unexpectedly cross as a result of these ripples are former bull-rider turned motel manager Sam (Jon Bernthal) and the innocuous-seeming Elwood (Christopher Abbott) who is passing through town. Once Elwood befriends Sam, it becomes clear that Elwood is involved in the violence plaguing Sam’s town, and thus Sam’s tumble down the rabbit hole begins.

Sweet Virginia is an ode to neo-noir greats such as No Country For Old Men and Fargo. It’s a tense character study of the lengths to which individuals are willing to go to fulfill their self-interests. Though, true to the nature of noir, it is ultimately these self-interests that inevitably result in casting the characters into an even more precarious situation than where they began. Every character is experiencing some form of grief, and it is ultimately how these individuals choose to cope that defines them.

The neo-noir films that I cherish are the ones that focus on what drives a character’s actions rather than the acts themselves. Sweet Virginia mostly accomplishes this thanks to compelling performances by Bernthal and Abbott.

While I’ll give Bernthal praise in a moment, it is without a doubt Christopher Abbott who steals the show. His performance as the soft-spoken, yet quick-tempered mystery man achieves a level of intensity and uncertainty that gives Javier Bardem’s portrayal of No Country For Old Men’s Anton Chigurh a run for his money. Every scene with Abbot is memorable due to the unpredictable and violent of his character.

In one memorably violent scene, Elwood ruthlessly beats two men unconscious with brass knuckles just for looking at him the wrong way. It’s this uncertainty that makes Elwood captivating to watch, and the quickness with which he resorts to violence leaves a lasting impression. It’s not a matter of whether violence will occur, but when.

Elwood also has a seemingly insatiable need to share bits of his past. Several scenes begin with him abruptly sharing random tidbits about himself and always results in perplexing those around him. For example, when Elwood first meets Sam, he suddenly asks if he is a Nazi because Sam has a German rifle hanging in his office. Now, granted, it’s a fair question considering the history of this rifle in the German army, but it’s his disregard for a potentially awkward conversation that caught Sam – and myself– off guard.

Elwood’s mannerisms are unsettling, and even simple acts such as wearing Sam’s hat without his knowledge are eerie and foreboding.

As for Bernthal, this has truly been a monumental year for him, and Sweet Virginia serves as further proof of this. His cameos in hot films such as Baby Driver and his own Netflix series as The Punisher, have solidified Bernthal as more than just another character actor. His performances this year, both starring roles and even briefer appearances, have demonstrated his range as an actor.

Bernthal’s portrayal of Sam is told mostly through subtle details and mannerisms rather than an over the top, powerhouse performance. Incidental details are what make this timid and reserved, yet sympathetic character so impactful. Due to an old bull riding injury, Sam has a noticeable limp and displays a slight tremor in his hands indicating early onset Parkinson’s.

Sam’s life is one of routine. He begins every morning by taking a toke of a marijuana pipe that he keeps on his bedside next to a framed picture of a woman and her daughter. Both of these are only briefly discussed in the film, though both are integral to his character. The audience is primarily left to infer various aspects of his character, which helped retain the neo-noir elements of the film and never bogging down the film with unneeded exposition.

Abbott’s performance overshadows Bernthal’s, mainly due to Elwood’s brashness. But it is Bernthal who gives a more nuanced and moving performance as a man who despite his inner turmoil refuses to allow it to corrupt him.

Sweet Virginia is accompanied by gorgeous visuals of the Alaskan landscape thanks to the keen eye of cinematographer Jessica Lee Gagne. The setting would be even lovelier if it didn’t revolve around, you know, murder.

There are also periodic slow-motion sequence flashbacks of Sam’s days as a bull-rider that gives the film a dreamlike quality. These shots give the sleepy Alaskan town a gentle atmosphere, making the violence that occurs that much more jarring.

Sweet Virginia is an indie thriller that succeeds in telling a Coen brothers-esque story that is ultimately made memorable by its terrific cast. It is as tense as it is atmospheric while being a thoroughly engaging and memorable exploration of grief and the lengths to which those will go to overcome it.