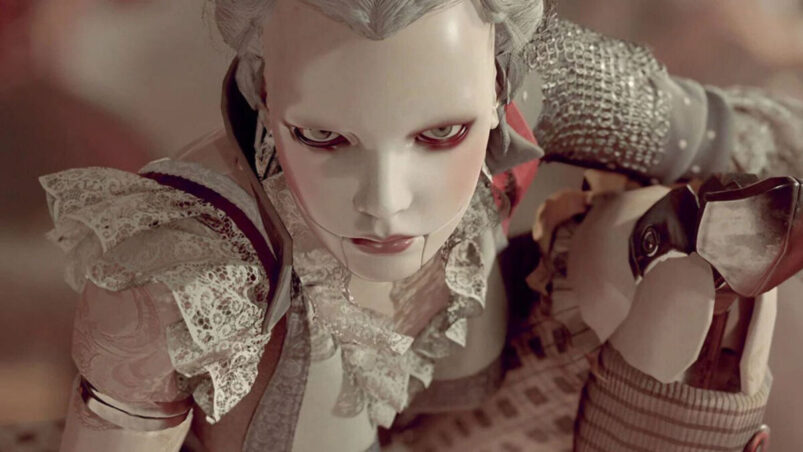 Steelrising is an upcoming action RPG being developed by Spiders, the studio’s follow-up to Greedfall. The game was first announced in July 2020, and around a year later, the release window was revealed for June 2022. But is Steelrising also on its way to Xbox Game Pass?

Unfortunately, Steelrising’s release was pushed back to September 2022 after a short three-month delay was announced alongside a new gameplay trailer from Spiders. The game will launch on PC, PS5, and Xbox Series X & S.

Steelrising is a third-person, combat-focused, Souls-like game set in Paris during 1789. Players will become an automaton named Aegis in this alternate timeline surrounding the French Revolution, in which history fuses with science-fiction. King Louis XVI developed a mechanical army to overpower the restless citizens.

Aegis is a special robotic warrior created by Jacques de Vaucanson, a famous French inventor from real life who made the first all-metal lathe. Many robots are loyal to the mad king, but only Aegis fights alongside the revolution. She can be customized to fit the preferred combat style of each player.

Players will have a full arsenal of weapons and equipment to start with. The trailer has shown a wide range of weapons, including armored fans, shield muskets, and a Gribeauval halberd. Amor is also very important, as it provides Aegis with special attribute boosts, like defense improvements and loot multipliers.

Steelrising’s gameplay was greatly influenced by the Dark Souls franchise. Aegis moves faster, but players are still in grave danger of quickly dying if they misstep. A mix of offensive and defensive combat styles will allow Aegis to gain the upper hand against mechanical enemies and bosses.

The game offers a more linear experience that includes branching paths and hidden routes rather than a fully open-world adventure. With that being said, players will traverse streets, rooftops, and even the castle as they try to aid Aegis and end the war.

Will Steelrising Be Available on Game Pass?

Steelrising is set to release later this year in September after its release was delayed three months from April 2022. The game will be cross-platform and will launch on PS5, PC, and Xbox Series X & S.

Although an Xbox Series X & S launch for Steelrising has been confirmed, there is no official word on a possible release for the game on Game Pass. Spiders’ previous game, Greedfall, has been available on Game Pass, so that does provide some hope that Steelrising will eventually appear on the Xbox subscription service, too.

With that being said, a day one Game Pass launch isn’t likely, especially since the game isn’t an Xbox first-party title. All fans can hope for is an eventual addition of Steelrising to Game Pass sometime after its initial release in September.

READ NEXT: Is Saints Row Coming To Xbox Game Pass?