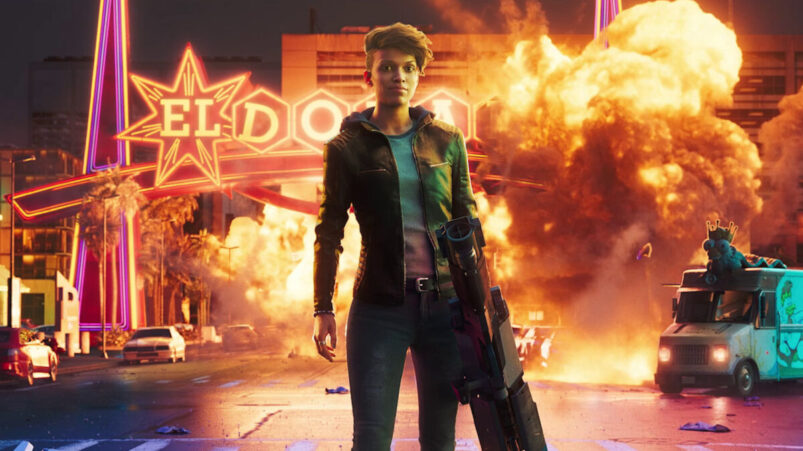 Two well-known gaming franchises were incredibly fun to play as teenagers because of their hilarious, offensive, and downright ridiculous in-game antics: Grand Theft Auto and Saints Row. The latter has a reboot launching this year that has grown up alongside its long-time fans, dropping some of the insanity to return to its roots. But is the new Saints Row coming to Xbox Game Pass?

THQ Nordic had announced a new Saints Row game was being made by Volition in 2019, but no one knew it was going to be a reboot until a surprise reveal at Gamescom in 2021. Since then, excited fans have received a ton of information surrounding the Saints Row reboot, including gameplay, story, and its release date.

The game’s release is set for August 23rd, 2022 and it’ll launch on PC, PS4, PS5, Xbox One, and Xbox Series X & S to the delight of gamers everywhere. With an upcoming Xbox release, users are curious if they’ll see the game pop-up on Game Pass, with no specific information giving an answer.

There’ll be no more superpowers or supernatural elements, with the game returning to the basics of creating a criminal empire from the ground up. You’ll have to take on enemy gangs, buy up properties, and quite literally build a criminal empire.

Don’t worry, though, as the Saints Row reboot still has elements from previous games in the franchise, including some fan favorites. Insurance fraud, where players need to do as much damage to themselves as possible to earn money, will still be included in the game. Saints Row (2022) will also have the wonderfully varied character customization that the franchise is known for.

The Saints Row reboot is set in Santo Ileso, which is a fictional city that seems like a combination between Las Vegas and Reno. The contemporary story aligns with many of the tangential struggles that Millennials and Gen Zers are dealing with.

Saints Row will be released on August 23rd, 2022 for PS4, PS5, PC, Xbox One, and Xbox Series X & S. While its launch covers all platforms, this doesn’t guarantee its appearance on Xbox’s Game Pass.

Although other Saints Row games have appeared on Game Pass, nothing has been announced for the 2022 reboot. It’s doubtful that Saints Row will see a day one Game Pass launch.

Fans might receive more information closer to the game’s release date, as Microsoft sometimes surprises fans with last-minute additions to Game Pass. However, don’t get your hopes up, as this is very unlikely. If Saints Row does make its way to Game Pass, it probably won’t be for a while.

READ NEXT: Is DNF Duel Coming to Xbox Game Pass?