Ranking Every Saints Row Game From Worst To Best

And Agents of Mayhem. We chucked that one in for free. 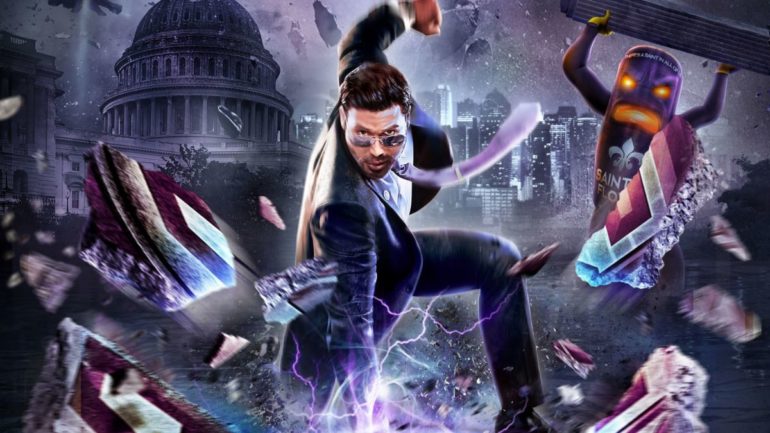 Back in the mid 2000s, there was a genre term that plagued games of a certain kind before they could even launch: GTA Clone. If it was open world and involved some kind of tangential relation to crime, it was tarred with the brush of a GTA clone, but in fairness, Saints Row didn’t do itself any favours.

Launching in 2006 for just the Xbox 360, Saints Row was pretty much everything you’d expect from a game that felt like GTA-lite. Basically, all the open world chaos and crime you can hope for, only this game had Keith David in one of its lead roles. But which is the best Saints Row game ever made? We’re ranking the Saints Row games from worst to best, which definitely won’t be controversial. Not at all.

7. Saints Row: Gat Out Of Hell

A standalone expansion of Saints Row 4, Gat Out Of Hell sees long-time side character and all round badass Johnny Gat get his own time to shine, as you control the Saints’ muscle as he ventures into hell to save the main protagonist of the series, your player created character often referred to as The Boss. It’s also a bit of a rubbish game that you’d wish would be gone when the morning comes.

The problem with Gat Out Of Hell is that there’s little in the way of main missions or reasons to play the game. Progress is made by completing side missions and taking over the different territories of Hell, until you have a boss fight against the Devil himself and the credits roll.

There’s some interesting mechanics, like the weapons based on the Seven Deadly Sins, and it’s still as funny as the rest of the series, but everything in between feels like the worst version of a Saints Row game. 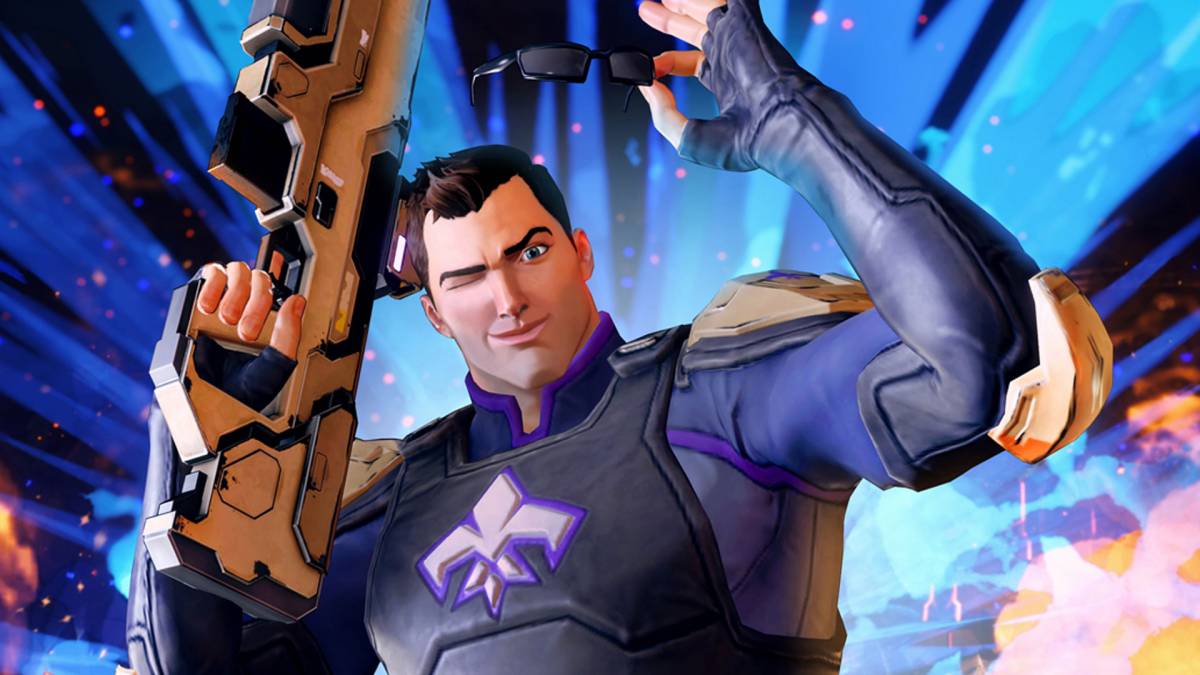 You might not think that Agents of Mayhem is a Saints Row game just based on the name alone, until you consider that the main protagonists, Mayhem, are an organisation that use the Saints’ fleur-de-lis icon as a logo, and Johnny Gat is also a playable character as a pre-order bonus. In everything but name, it’s a Saints game, but it’s also not great.

Set in a future version of Seoul, you’ll play as a team of three operatives, hot swapping between them to use their unique weapons and abilities against hordes of enemies. There’s still an open world to explore, but Mayhem’s story and gameplay just isn’t as engaging as most other games in the Saints Row series. Maybe that’s just because there’s no Insurance Fraud minigame, but in any case, it’s at least a little better than Gat Out Of Hell.

Agents of Mayhem is likely responsible for Saints series’ long hiatus, as the game only managed to sell 300,000 copies across PC, PS4 and Xbox One within six months of its launch. That hiatus is now over, and while Saints Row (2022) isn’t exactly a huge improvement over Agents of Mayhem, it’s still a more fun experience.

Looking back, the original Saints Row game’s biggest issue, aside from aging like Matt Damon in that scene in Saving Private Ryan, is that the game lacked any real identity of its own. It was simply a by the numbers GTA clone. Taking place in the fictional city of Stilwater, you play as a recent inductee into the Third Street Saints, a gang vying for control of the city alongside three other, huge gangs. It’s a plucky underdog story, only with 100% more drive-bys, gangbanging and other illegal activities.

Saints Row offered plenty of unique qualities over the competition, such as the zany side activities like Insurance Fraud, along with the ability to progress each of the game’s 3 gangs in any order, meaning you were fully in control of how you wanted to take over the city. That being said, the core gameplay just isn’t quite as good as the other entries higher on this list.

If you’ve never played a Saints Row game before, this is a decent, if dated effort.

It was necessary for Volition to reboot Saints Row if they wanted the series to continue, considering that they blew up the planet Earth during the course of Saints Row 4. The end result is 2022’s Saints Row, a game that tries to capture the soul of earlier games in the series with mixed results.

Saints Row still sees players controlling The Boss, as they establish the Saints gang to take over a city. Just swap Stilwater/Steelport with Santo Ileso, and replace characters like Pierce and Shaundi with Kevin, Eli and Neenah. The characters and story are possibly Saints Row’s biggest highlight, but the gameplay formula hasn’t changed much since the original game.

As games go, Saints Row is about as middle of the road as it gets, so it makes sense that it’s the middle spot on this list. The only reason it gets the nod over the original Saints Row is because you can enter cars by jumping through the windshield.

After the events of the original trilogy, the main protagonist becomes the President of the United States of America, only for aliens to invade and blow the planet up. By this point, the series has left the origins of organised crime behind, and has become a hodgepodge of references and inside jokes that wouldn’t feel out of place in a Wayans Brothers production.

The game plays out like an extended Matrix joke as you spend the majority of gameplay inside a simulation, with the player even gaining superpowers to boot, but Saints Row 4 has time to take shots at pop culture stalwarts like Armageddon, They Live, Mass Effect and others. For some people, it can be a bit too much, which is why it isn’t higher on this list, but without a doubt, SR4 is one hell of a good time. 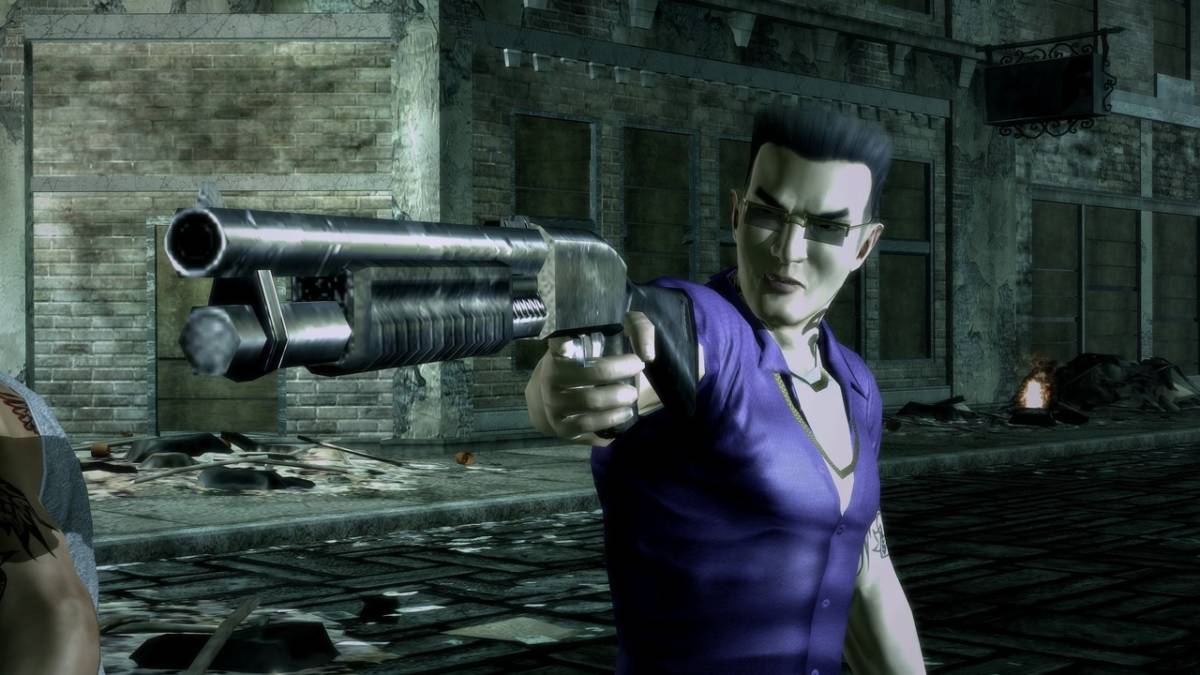 The original Saints Row was a flawed yet enjoyable take on the open world crime genre, but it took developers Volition one more go before they really managed to carve out a niche for themselves.

That came in the form of Saints Row 2, which might be one of the most janky yet loveable open world games ever made. There’s not many games that allow you to pour raw sewage on random vehicles, but Saint Row 2 actively revels in giving the player new experiences and opportunities for fun.

Most often considered the pinnacle of the entire franchise, and rightly so, Saints Row: The Third actively leans into the larger than life aspects of its world and characters, allowing you to play as a suave, all conquering badass who can take out the opposition and look good doing it. Or, they take out the opposition naked and bare-handed while looking like a metallic coated version of Shrek. The character creator is pretty good, that’s what we’re saying.

Saints Row: The Third sees the gang on top of the world, only to be targeted by The Syndicate, a cabal of gangs from the city of Steelport who want to see the Saints taken down a notch. Everything you love about Saints Row is in this game, only turned up to 11. Instead of opening doors to get in cars, you dive in through the windscreen. Instead of performing a simple melee kill, you punch people in the nuts. Instead of infiltrating a rooftop party by sneaking, you parachute down from above while Power by Kanye West plays in the background. All of this, and it features an appearance from Burt Reynolds.

Third time lucky seems to be pretty apt, but the decision Volition made to not lean so heavily on gangster crime and move towards crime caper fun, throwing in references left, right and center, allowed the Saints Row series to become more than just bargain bin GTA. Saints Row: The Third felt like it had a personality all of its own, and it shines brightly throughout the game’s runtime.

If you can only play one Saints Row game, The Third is the best choice, especially with its pretty good remaster that’s available on modern consoles.