Not quite hitting its potential. 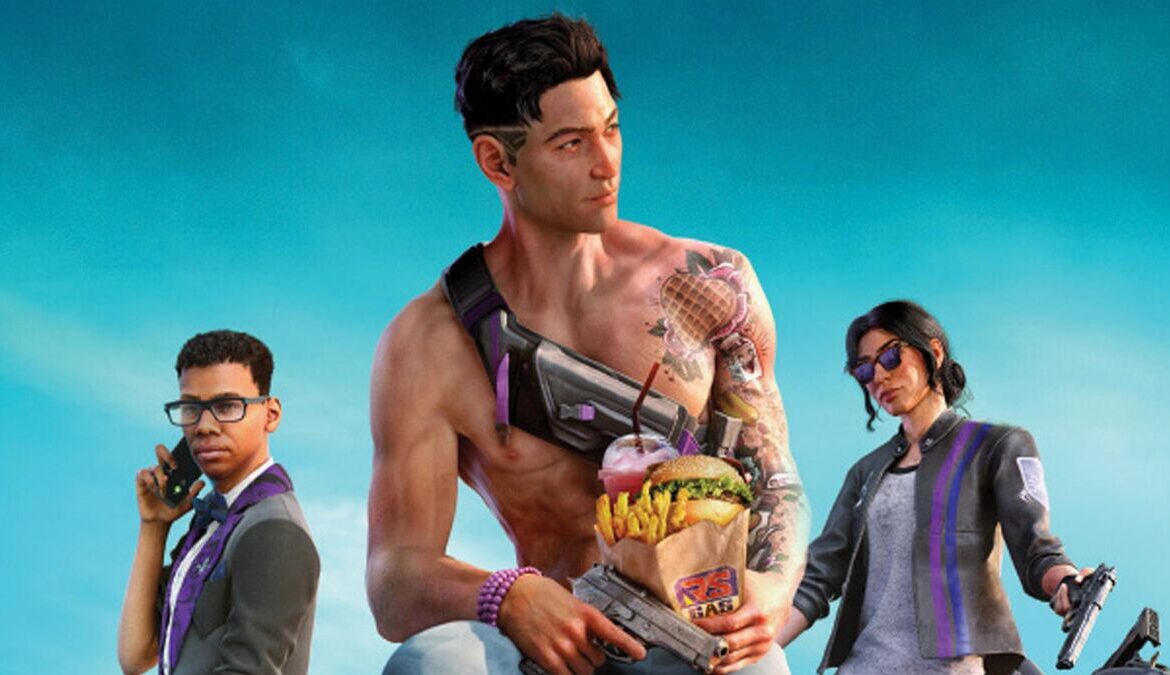 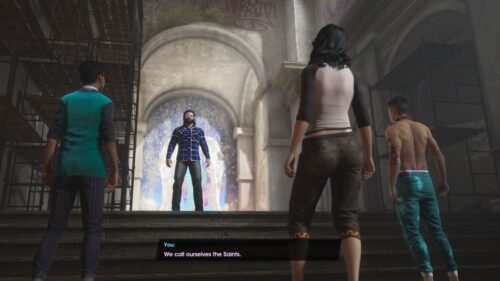 Rebooting a beloved franchise is always going to be a daunting task. Trying to manage the expectations of fans who still love the old ways while putting enough new flavour into the mix is a tough balancing act. Not changing anything will lead players to wonder why you rebooted, but going too far the other way means some players won’t recognise what’s right in front of them. Saints Row happens to fit squarely in the middle, for better or worse.

When Saints Row was first revealed, many seemed to believe that this new version lost its edge somewhat during this reboot process, though it doesn’t take too long to see that traditional Saints Row comedy and bombast come out in full force. It’s still as juvenile as you’d expect, with one of the first monologues from the player character being them angrily talking about balls for about two minutes straight.

That might sound like a knock on the writing, but for the most part, the writing is one of Saints Row’s best qualities, particularly with regards to its characters. The relationship between The Boss (your player character) and their friends Eli, Neenah and Kevin is a constant delight. Compared to the likes of Shaundi, Pierce and even Johnny Gat, all three feel a lot more fleshed out, as you learn about their life, motivations and even goals. Saints Row is hardly revolutionary in its narrative, but the main cast are all likeable, while the villains have the right amount of camp detestability.

The story sees our awesome foursome trying to eke out an existence in Santo Ileso. The Boss takes a job with the paramilitary company Marshall, while Kevin and Neenah have criminal ties to The Idols and Los Panderos street gangs. Meanwhile, Eli dreams of one day running his own big business. A few botched jobs and some gunfights later, and our four heroes find themselves in the crosshairs of all three factions. With their backs to the wall, they come out swinging, creating the Saints as a means of claiming the city as their own.

This relationship between the heroes is probably best represented through a certain LARPing subplot (go with it). There’s a few missions in the game that take place in a city-wide LARPing game, with Eli introducing the player to it. As you progress, Neenah and Kevin get sucked into the whole thing, and it’s honestly the highlight of the entire game. The whole situation is mined for some great laughs without really knocking the LARPing community as a whole, while you’re also given a glimpse into how supportive the friend group is of each other and their interests. It’s easy to believe that The Boss, Eli, Kev and Neenah are bonded for life like family when they’re all running around Santo Ileso dressed in cardboard, firing foam darts at each other.

Those who have played older Saints Row games will already know how the city takeover mechanics work. Santo Ileso is broken up into districts, and players can place a Venture in each one. In turn, this’ll constantly generate money for the Saints, while also unlocking a series of missions “unique” to that venture. Some are pretty darned fun, like the return of Insurance Fraud (arguably the best mini-game of all time), while others lack imagination. Between throwing myself in front of traffic and vanilla armed robbery, Insurance Fraud wins every time.

At their worst, Ventures feel more like extended fetch quests. At least three have you travelling to various parts of the map to steal vehicles and bring them back to the venture in question. While most of these fetch quests have set locations where you can find your quarry, one in particular relies on random spawns alone, meaning you have to wait until the truck spawns in. Then, you have to deal enough damage to stop the truck before bringing it back. Oh, and doing so spawns cops, who can and will blow your truck up because you did too much damage trying to stop it. Infuriating is a pretty accurate description, and the only real solution is to camp next to the venture and wait for a truck to spawn. Repeat 12 times until enjoyment becomes dead and buried.

While the open world gameplay feels like it’s been lifted from Saints Row: The Third, the actual gunplay feels much more reminiscent of Volition’s Agents of Mayhem, which probably isn’t the best source material in the world. Every enemy has a health bar above their heads, while some “tough” enemies have big yellow health bars that need to be depleted before they can be killed or hit with takedowns. For some weapons, headshots aren’t even instant kills now, even on basic goons, so most enemies tend to feel somewhat bullet spongey on the default difficulty setting, particularly if you’ve got multiple “tough” enemies to deal with. It’s not that the game is hard, it just feels like it takes a little too long to drop people.

Speaking of takedowns, they’re what’s replaced those flashy sprinting kills from Saints Row: The Third. They’re still pretty stylish, but as takedowns, they’re tied to a cooldown timer that sits in the centre of your screen like an ultimate in a hero shooter. Basically, you can’t run around at full speed clotheslining people anymore, and while takedowns have great utility by recovering your health, it feels like the fun’s been taken out of “functional” sometimes.

Volition does fulfil the power fantasy ideal with the skills system though, which lets players equip four varied skills that can be activated by holding RB/R1 and pressing one of the face buttons. Skills range from a basic defence buff to a flaming punch that can send enemies flying. Finding your favourite skills helps elevate the combat, until you find the one ability which lets you shoot through walls and the whole game kind of becomes easier at that point.

Perhaps the most disappointing part of Saints Row is how glitchy it appears to be. Glitches and bugs have always been a part of Saints Row, but here it feels more pronounced. Between objectives not spawning unless you reload your game, the map refusing to show you your own location, helicopter cameras zooming in too far for no apparent reason and enemies waltzing through geometry, you’ll probably be seeing a lot of jank.

Saints Row feels like it’s a game caught between two worlds. In between all the explosions and ridiculous missions, the most captivating and enjoyable moments are simply just The Boss and their friends hanging around and chatting. The chemistry between everyone, and how that’s portrayed in-game, is compelling enough to get through some lame fetch quest ventures and the mountain of glitches you might encounter.

Despite that, the gameplay structure of Saints Row feels stuck in the past. If you’ve played one of the previous Saints Row games, you’ll have experienced pretty much everything this game has to offer, aside from a wingsuit that doesn’t get as much use as it should and a couple of new weapons and skills.

The hope, at least personally, is that Volition are playing it safe, establishing the characters and identity they want for Saints Row going forward while ensuring the gameplay remains the same so that, in future, they can make some more radical changes to the overall gameplay formula. Right now, Saints Row is a decent, if uninspired game, but it’ll have to do a lot more if it wants to survive in the future. 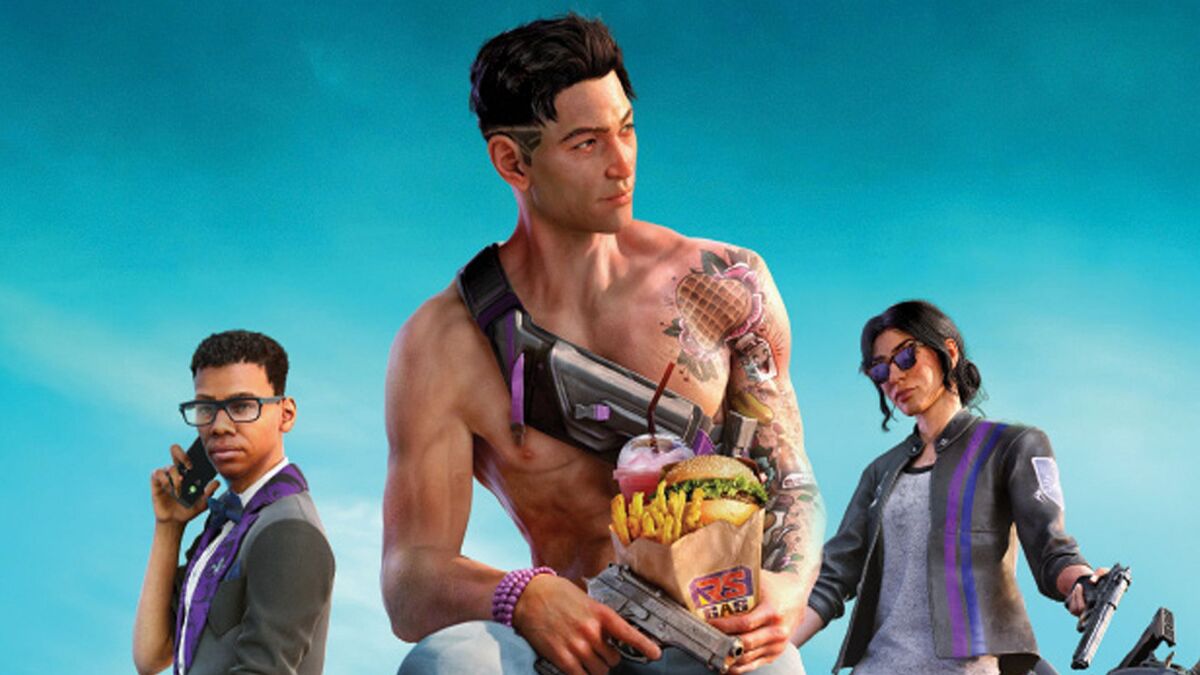 Verdict
The Saints Row reboot wants to tell a new, modern story, but the gameplay framework surrounding it is starting to show a bit of rust.
6
Cultured Vultures is a pop culture website established in 2013 covering all things gaming, movies, and more. We eat your words.
All The News On The Biggest Games