Robots of the revolution. 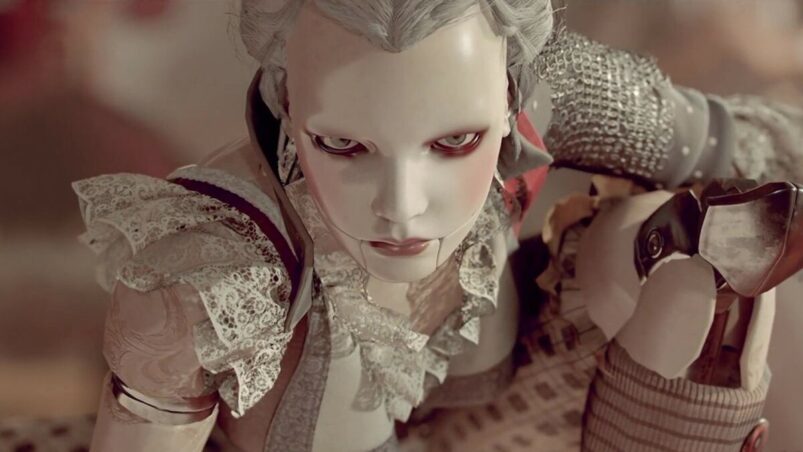 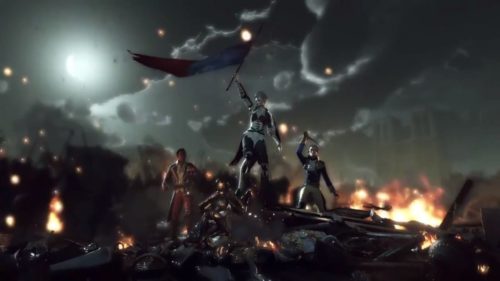 The soulslike landscape has grown vast, with a huge catalog of games of varying styles and aesthetics that anyone can get into, from the sci-fi styled Star Wars Jedi: Fallen Order to anime-inspired twists such as Code Vein. Steelrising by developer Spiders is a new entry in the soulslike world that brings a unique setting and aesthetic to the tough-as-nails genre, set in a fantasy-inspired revolutionary France that has been taken over by nightmarish clockwork automatons.

You are Aegis, a new masterpiece of King Louis XIV’s clockwork Automat army, who’s entrusted to Queen Marie Antoinette as her bodyguard and loyal servant as she and her handmaiden are quickly taken to Saint Cloud after a violent uprising in Paris. After being forcefully separated from her family by her husband with an army of his automats between herself and a burning Paris, she has no choice but to trust you. By command of the Queen, Aegis will travel to Paris to find the creator of the kings’ mechanical monsters and stop this madness.

Along the way, Aegis will encounter famous names, such as Gilbert du Motier, Maximillien Robespierre and Alessandro Cagliostro, in the fantasy clockpunk Paris to push the story forward. This alternate history style adventure, while a bit over the top, has incredibly strong character work to back up the fantasy underpinnings. There’s enough twists and turns within the stories of each character to keep you sucked in, with each story arc having excellent payoffs until the very end.

Steelrising is visually stylish and looks great in motion, with the deliberate nature of soulslike combat perfectly complimenting the clockwork robot aesthetics of your character and every enemy. Jerking movements, wind-up attacks and traditional combat tricks work very well with the brassy alchemical clock-robots, giving the combat unique immersion and creating surprise when your enemies break into a maneuver you didn’t see coming. The amount of customizability Aegis comes with also adds to the immersion, as you’re able to customize her base appearance from the start and watch it change based on her equipped gear.

The graphics aren’t impressive all the time, however. Dialogue exchanges look particularly dated unless they are in a dynamic cutscene, channeling a Fallout 4 style back and forth between two characters under normal circumstances. While Aegis and the other automats look great even up-close, many details on human characters end up looking muddy or stiff when zoomed in. This makes the longer stretches of dialogue feel awkward and tedious, even when the characters themselves may be offering dramatic resolutions or climaxes to their own stories.

Combat is solid and offers a wide variety of weapons and status afflictions to experiment with. Since the flavor of magic in this version of revolutionary France is alchemy, Aegis has access to a suite of weaponry that can infuse itself with various elements to increase their power, such as fire, ice and electricity. She also has access to grenades containing these properties which she can access at all times. You can also upgrade any and all weapons you find, allowing you to master your favorites and keep them useful throughout the entire game. Though most weapons are archetypal, even weapons that use the same moveset won’t have the same special attacks or alchemical properties, allowing you to try different flavors of your favorites.

However, many enemies fall into archetypes that all become very familiar by the middle of the game. This is because these archetypes seldom change, only packing quicker animations or heavier hits for later levels with very few unique attacks between them all. Enemies that attack with heavy weights on chains will always use the same attacks and buffs, just in a different elemental flavor and will hit harder and faster towards the end of the game. This can make deaths feel cheap when you confront a familiar enemy that can suddenly take two thirds of your life with an attack that dealt significantly less damage three hours ago. Fortunately, none of the boss fights suffer from this problem and all offer fun and exciting encounters that feel rewarding to defeat.

Exploration is also woefully sparse in Steelrising. Levels are huge in scope and hide tons of nooks and crannies, nearly every hidden path ends up being part of a side quest you’ve yet to discover. This is because the vast majority have an obstacle that requires a tool from a boss fight to overcome, and when they don’t the rewards for that path are middling at best. The best weapons and armor are all found during questlines or in the boutique at the vestals and carriage where you’re able to upgrade Aegis.

While disappointing, when the pacing is followed as intended the experience feels air tight and engaging as you move through the mysterious backstreets of Paris to pursue objectives given to you by historical confidants, all while decimating your mechanical adversaries. This choice also does a great job of showing off the utility of every upgrade you get for Aegis, whether it be her game-defining airdash or the more subtle ability to break barriers sealed with an emerald lock since each is shown off in its own way.

Though flawed in a number of ways and gameplay never really pushes the envelope of the soulslike genre, Steelrising is definitely a game you’ll want to check out. While flaws such as vague stat definitions, bland enemy variety and lack of exploration can be glaring to some, the game makes up for it in a few surprising areas such as aesthetics, pacing and fun boss battles. Aegis and her automat brethren look eerily natural and appealing during their stiff combat animations due to the nature of their aesthetic presentation. This makes it easy to understand the deliberate nature of the actions of you and everyone around you, and by extension the nature of combat in the genre itself. It also allows sneaky quick attacks to remain offbeat and surprising throughout the entire playthrough and keeps boss battles the epic, dynamic encounters one has come to expect from the genre. The level of customizability that you have over the appearance and fighting style of your character does a ton to add to this experience, as the variety of weapons and their abilities gives players a lot to work with.

Even with an over the top over-arching narrative of a mad Louis the XIV and his clockwork army, the various historical figures you interact with have great stories of their own, full of twists and turns that ultimately loop back into the main storyline in profound ways. The way these stories guide you through the world is also great, in spite of the restrictions it places on the players own ability to explore the world, and allows you to see it all in a meaningful way. This makes it great for anyone, even those not familiar with soulslikes, to enjoy all the game has to offer in a well-paced way. While it may not offer enough for the seasoned veteran of the soulslike genre in terms of combat or exploration, Steelrising is a unique title within the genre that forges its own identity with incredibly strong art direction, making it one that almost anyone can appreciate.

A copy of Steelrising was provided by PR for the purposes of this review. 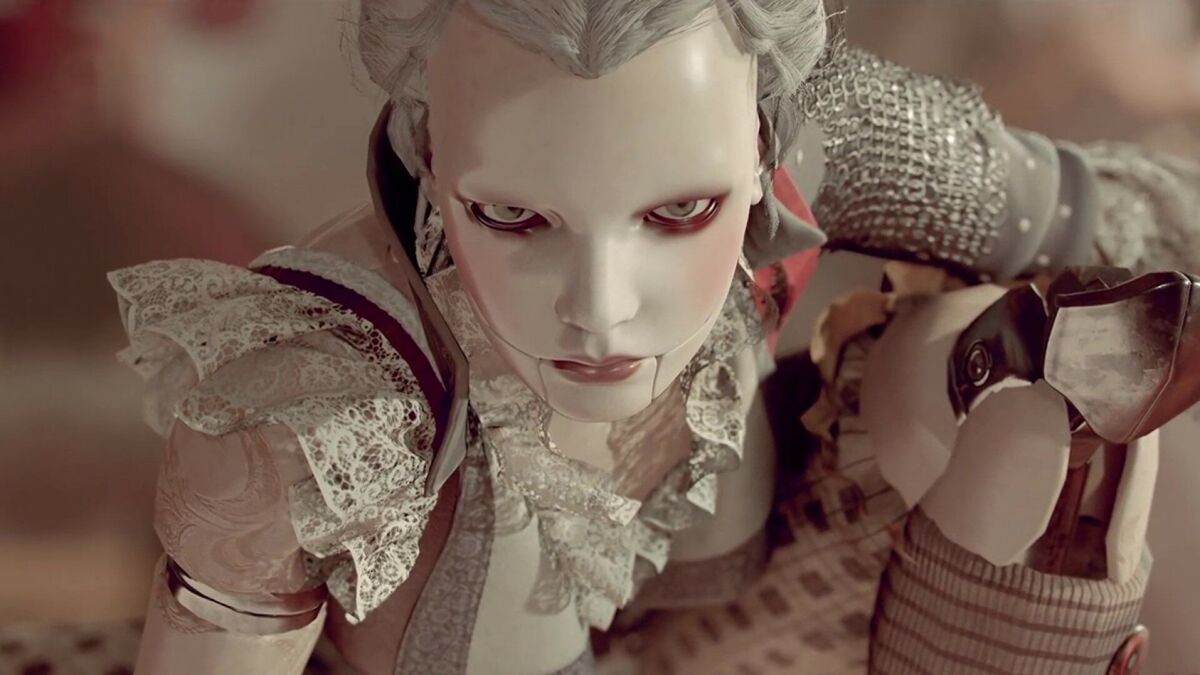 Verdict
Steelrising is a unique soulslike with its own identity and aesthetic, powered by strong characters and great art direction. It doesn't push the envelope on any other aspect of the genre it finds itself in, however, which may alienate those familiar with the gameplay of the soulslike formula.
8
Cultured Vultures is a pop culture website established in 2013 covering all things gaming, movies, and more. We eat your words.
All The News On The Biggest Games