The only time I'll call a spider cute. 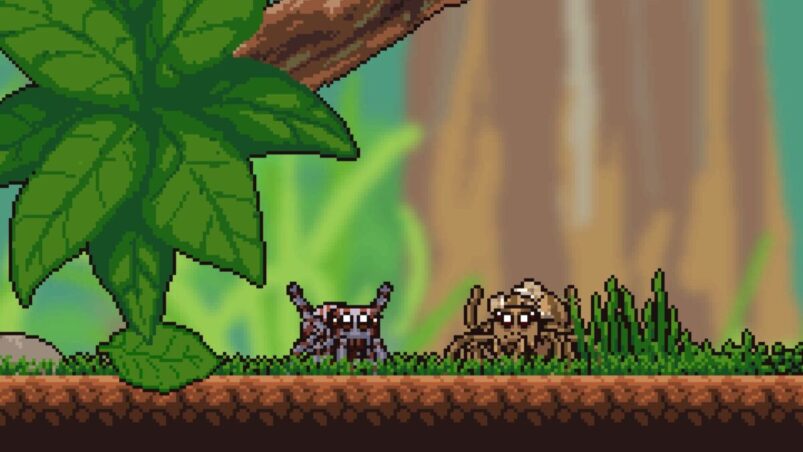 If you’re a massive arachnophobe like me, it might be hard to convince you to play a game like Webbed, but developers Sbug Games have gone out of their way to make sure their eight legged protagonist is as cute as possible. If you’re yet to play the game on Nintendo Switch, and you love collecting physical games, Super Rare Games have you covered, as they’ve announced a rare print version of Webbed which will be available to buy from next week.

Webbed sees players controlling an adorable little spider, whose boyfriend has been kidnapped by a big mean bowerbird. In order to rescue your eight-legged love, you’ll web-swing around a dangerous environment, create your own paths and befriend plenty of different bugs along the way.

Super Rare Games will be printing 4000 copies of the game on Nintendo Switch, which is set to go live on their official website on August 4th at 6pm BST. As with every Super Rare Games release, Webbed will come with the full game on the cartridge, a full colour manual, interior artwork for the case, an exclusive sticker and three out of a set of five trading cards. Super Rare Games’ physical releases ship worldwide, and while they tend to cost around £35, they also ship not long after orders go live.