You're barking up the FUN tree here. 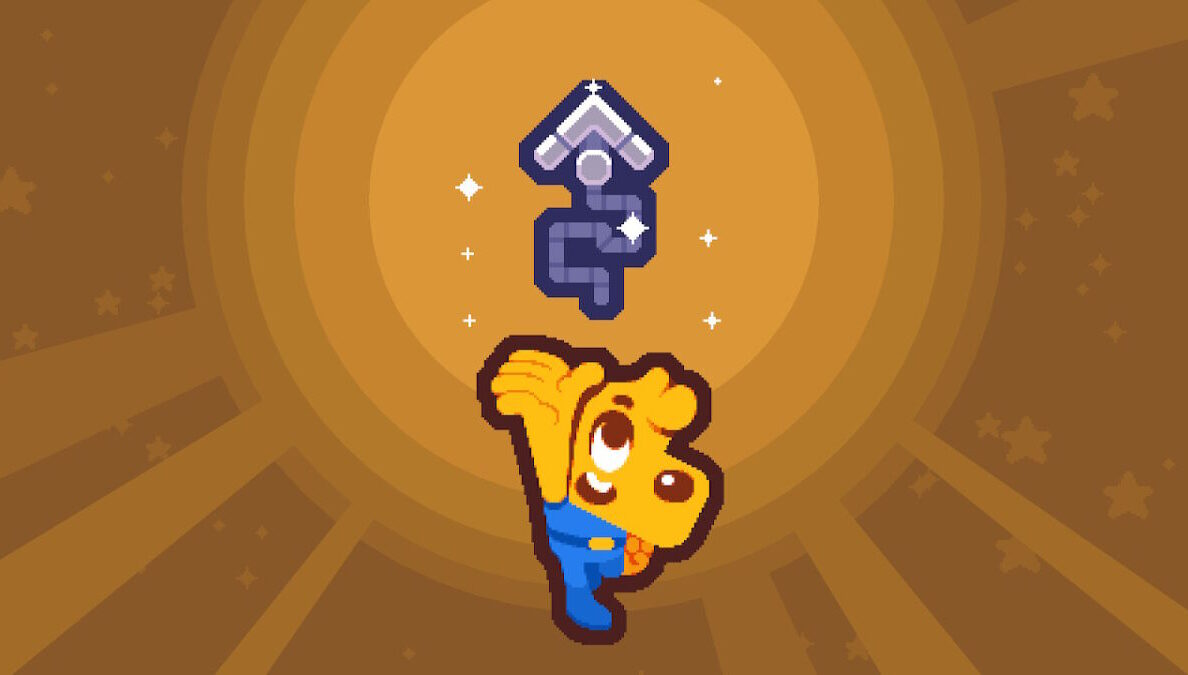 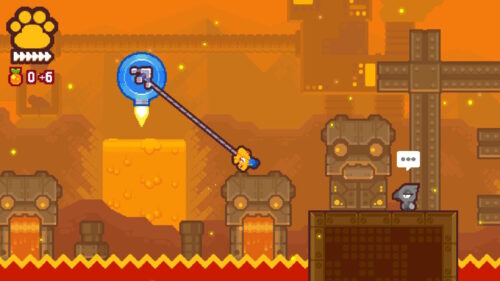 There’s just something about the platforming genre that naturally lends itself well to a more positive and wholesome side of gaming. Perhaps it’s the relative simplicity of platforming itself, maybe it’s the typical use of bright colours and vibrant characters, or it could even be the genre’s inherent nostalgia. Either way, it’s hard not to smile when playing most platformers, and Grapple Dog follows this trend beautifully.

You play as Pablo, a dog of some kind (I’m getting big golden retriever energy but I’m open to suggestions) who stumbles upon a mysterious island in the ocean. While there, he happens to find a grappling hook. Excellent. However, he also unintentionally awakens an ancient evil robot by the name of Nul who’s planning to bring about the apocalypse. Not excellent.

Players will travel through five worlds (with one extra when the credits roll), smashing robots and using that sweet grappling hook to navigate a host of obstacles. It’s platforming with a key gimmick that’s executed brilliantly, making for an experience that’s worth checking out, despite a couple of issues that rear their heads later on.

Grapple Dog features a unique blend of 3D pixel art which is beautiful to behold. The contrast of colours really pop, even when playing handheld on the Switch, and the cute visuals are nicely complemented by the wholesome story. The plot and character interactions are refreshingly sincere, and the conflict between Pablo and Nul is a lot more nuanced than a robot wanting to crush the world because they feel like it.

Controlling Pablo and his new grappling hook had the potential to be too complex for its own good, but thankfully, it’s pretty easy to get into the swing of things. Pressing Y activates the grappling hook, which will attach to blue surfaces you’ll find across the levels, while pressing the B button in midair activates a ground pound, because it wouldn’t be a platformer without some kind of ground pound.

For better or worse, these are the only abilities you receive in Grapple Dog. The level design does a great job of varying up the gameplay and challenges while utilising such a limited moveset. Each world introduces new wrinkles to overcome, like conveyor belts, wall jumps, buzzsaws and the usual platforming hazards. It’s hardly revolutionary stuff, but the grapple hook adds an extra dimension to proceedings. Slinging your way around the levels is a lot more liberating than just jumping constantly.

Despite the game’s challenge though, Grapple Dog also comes equipped with a host of accessibility features that allow players to experience the game without having to worry about the more challenging elements. Unfortunately, there’s no option to rebind controls within the game, as Grapple Dog has made the B button on the Switch select options on the menus. I’ve only just got used to the A and B buttons being swapped around, don’t confuse me like this.

At its best, Grapple Dog’s action is a joy to behold. There’s a blend of speed and precision that Grapple Dog requires that makes nailing the various challenges and obstacles that stand in your way, zooming across chasms at high speed. The ability set that the grapple provides also enhances what could have normally been some fairly rote boss fights into more thrilling affairs. Turns out defying gravity with a huge chain hook is pretty sweet.

That being said, not learning any new abilities over the course of the game means that your base moveset does begin to grate during Grapple Dog’s later hours. The grappling hook is a smartly executed gimmick, and adding a host of new skills to the fray would arguably distract from the main attraction, but even aspects like a double jump or a dash would’ve varied up the gameplay some more. They’d even add a new dimension to revisiting old levels, especially considering time trials and speedrunning are a huge part of the game’s core identity.

There’s some technical issues with the build in the game too, especially later on as the Switch seems to struggle with the increased amount of obstacles and hazards on screen. A consistent framerate is a necessity for a platforming game, detracting from the Grapple Dog experience somewhat. [NOTE: Since publication, PR have confirmed that Grapple Dog’s day one patch will address these issues.]

While Grapple Dog is not a perfect platformer by any means, there’s a mountain of fun to be had with the game’s mechanics, and it’s hard not to have a smile on your face when playing a game as relentlessly joyful as this one. Between the soundtrack that’s just wall-to-wall bops, the wonderful swinging and the wholesome story, there’s a great game here underneath some noticeable flaws. 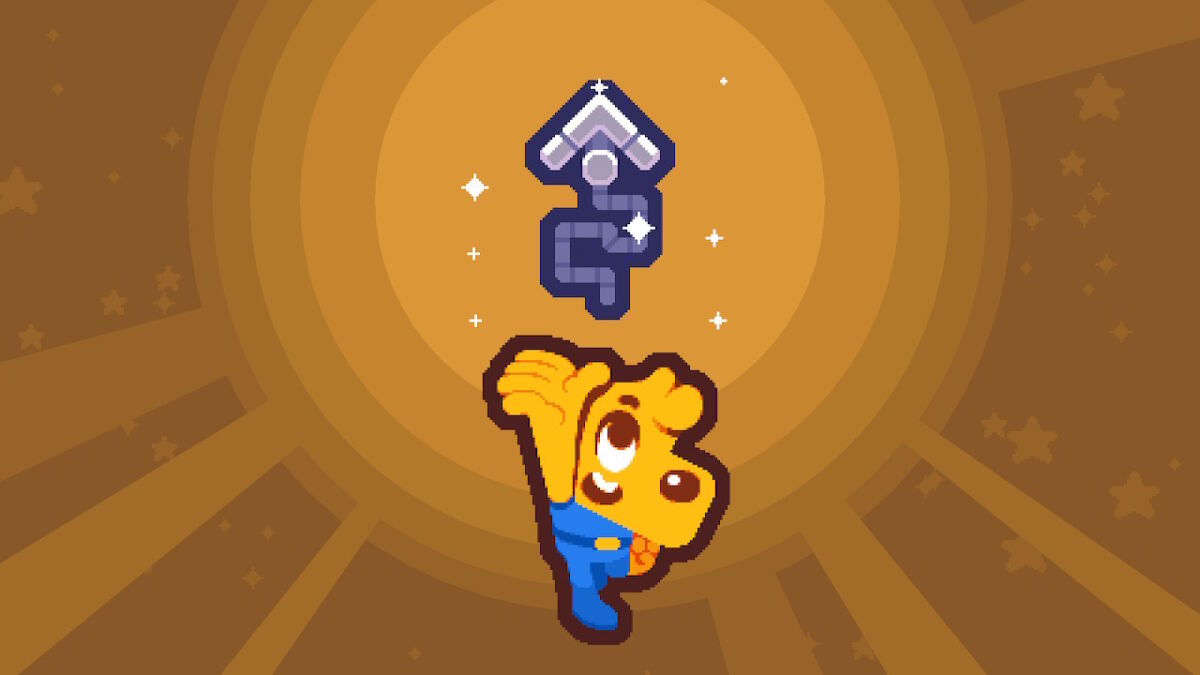 Verdict
Grapple Dog’s not a perfect platformer by any stretch of the imagination, but the core gameplay concept and visual design still manages to raise huge grins.
7.5
Cultured Vultures is a pop culture website established in 2013 covering all things gaming, movies, and more. We eat your words.
All The News On The Biggest Games