The show that all but declares itself Rick & Morty's little brother fails to distinguish itself from any of its obvious influences. 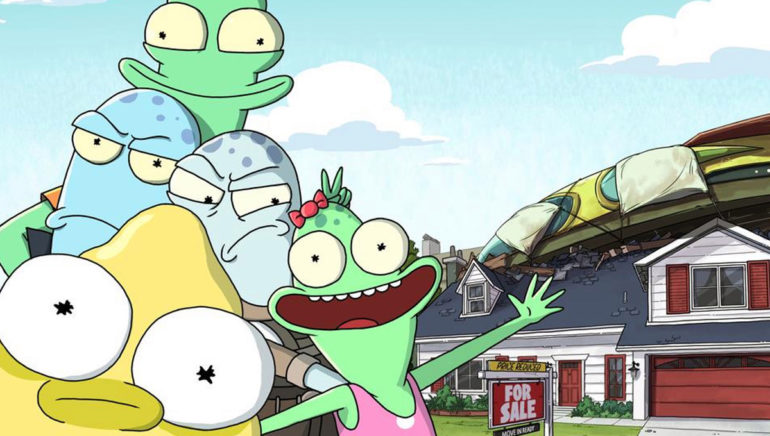 The temptation would be to call Solar Opposites ‘Rick & Morty with the serial numbers filed off’, but the problem is that by anyone’s standards the serial numbers haven’t been shaved, or even mildly obscured. It’s too obviously the same art style, the same kind of dialogue, the same voices, and in a few too many cases the same plots.

If there is a way in which it’s distinguished itself from its better-known forebear, it’s by becoming more generic. The existence of Solar Opposites owes a lot to Rick and Morty, but it owes just as much to the tried-and-true sitcom formula of a nuclear family or nuclear family-like grouping, where everything is neatly resolved at the end of the half hour, and as often as not they learn some heavily telegraphed lesson in the process.

‘Generic’, to say the least, is not what anyone wants from a show about ‘high-concept sci-fi rigmarole’ – which was how Rick & Morty defined itself, and Solar Opposites comes close to invoking the exact same wording. But, in true sitcom style, by the end of the episode everything’s right back to normal. A mutant or a robot or what have you has destroyed the city? Don’t worry, there’s no consequences, no reflection, and as a result no real weight to anything that happens.

So the actual plots stay essentially self-contained. There is a recurring b-plot which doesn’t, and eventually comes to a head in an episode of its own – but this too is nothing special, a fairly well-worn, Hunger Games-y ‘resistance’ plotline played out beat for beat, and what’s worse, for all intents and purposes, it’s disconnected from everything else going on.

Despite the presence of two children, instead of a parental duo the adults are just two guys – who are obviously harking after the odd couple set-up suggested by the title, but never really sell it. Even though one’s a cynical sourpuss and one’s an excitable manchild, this is purely surface-level. When it comes down to it, both are the same sort of flighty, venal, self-serving character, and what’s more, have a nasty tendency of acting in tandem rather than bouncing off each other.

Even when Korvo and Terry – two names clearly the result of a great deal of thought – are in opposition, it consists of them shouting and talking over each other, not of any real clash of personalities or difference in values. Usually they’re scampering after the same shiny object du jour, like red setters bounding after a muddy ball. ‘Solar Opposites’ could easily be reworded to ‘Solar Cosy Buddies What Love Each Other Really And There’s No Real Stakes’.

Much of the dialogue is of the ‘so zany’ type. An actual cold open involves Terry bursting through the door in a flap to declare “We don’t have noses!” – that’s it, that’s the joke, and it could have come from a bad webcomic circa 2007. It’s on firmer ground when it’s toying with the same kind of fourth-wall-touching, self-aware winks to camera as Rick & Morty, although ‘self-aware’ is a stretch for a show that invokes The Simpsons by name and then goes on to redo a classic-era Simpsons gag only seconds later.

Its strongest material is when it actually treats its alien main characters as aliens, for whom humanity’s funny little foibles and idiosyncrasies are utterly baffling. But this fish-out-of-water stuff is if anything not prominent enough, given our alien main characters are as prone as anyone else to burbling on about Earthman cultural references. This, in a show which tends towards the generic anyway, is perhaps the most indistinct, non-specific, who-really-cares choice of all. Close your eyes as they yammer about The Matrix, and it could be any sitcom ever made after June 1999 – which is a hell of a lot of sitcoms.

What really wears about the overriding failure to engage with an alien perspective is whenever they dance around the idea of morality, which they do by offering up what I can only describe as shrugs in verbal form. Were this knowing and deliberate, it could work – instead it comes off as the writers plugging holes. It would not be a huge surprise if one or more of the writing staff woke up thinking ‘I really must do a second, better, draft of that exchange’, only to flip on the TV and receive an uncomfortable reminder that the show has already been animated and gone out.

Again, this feels like a too-similar transplant from the Rick and Morty creative process. That show is cheerfully blasé about its pop-nihilistic, ‘nothing really matters’ perspective. On something like Solar Opposites, inextricably frothier and more lightweight, it doesn’t ring true in the same way. Neither, for the same reasons, does the preponderance of gore.

Nobody could accuse Justin Roiland of not knowing his audience. So, having gone to Hulu, away from the heavy yoke of content restrictions, he’s responded by turning up the old red stuff and having characters swear their tits off at the drop of a hat. This kind of content is usually called ‘adult’, and is said to be ‘intended for mature audiences’, which is ironic, because there’s nobody it appeals to quite so much as teenagers at their most puerile.

You might say that here I’m just ragging on something intended for a younger audience – which is true, but it’s not simply because of that. Being an edgy teenager doesn’t necessarily mean you lack taste, and even those for whom saying ‘fuck’ is still a novelty will notice it’s being done with no particular wit quickly enough. A teacher calling their pupil a ‘little fucker’ might raise a chuckle simply because it’s inappropriate. If they then go on to punctuate every subsequent sentence with ‘fuck’, it just detracts from the initial surprise. You’ll notice I’ve made it seem dry and bloodless from a mere three uses.

As one minor, additional point, there’s a few too many mentions of real brand-names, which are remarkable mainly for how clunkily they’re wedged in. Comparing Hulu favourably to Netflix at least makes sense in a fourth wall kind of way, but most of them are just literal junk food, and since they brought that up it’s hard to resist the urge to compare the show itself to junk food: glossy, fatty, and ultimately free of substance. Of course, this is not to suggest that Roiland or Hulu received money to include product placement – but if they did, it was too much. 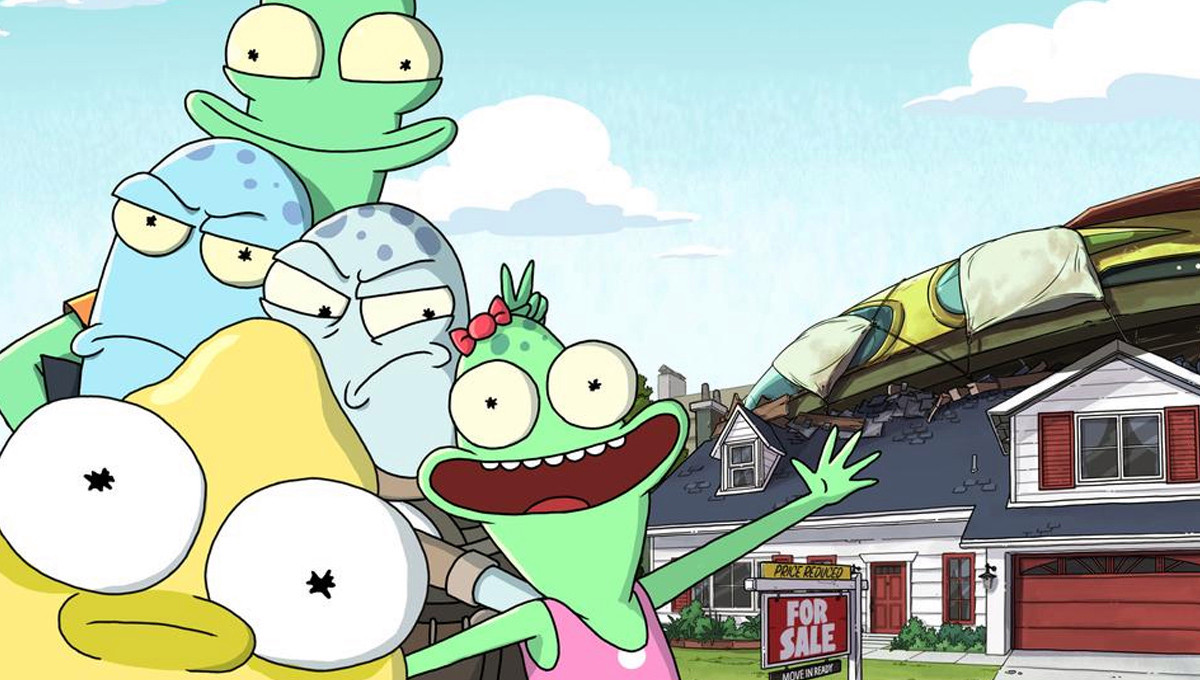 Verdict
A forgettable Frankenstein, all too clearly cobbled together from bits of other programmes – where the occasional bit of invention and originality struggles to be noticed against an utterly pedestrian backdrop.
5
Cultured Vultures is a pop culture website established in 2013 covering all things gaming, movies, and more. We eat your words.
All The News On The Biggest Games