Slime Rancher and the Brilliance of Boring Video Games 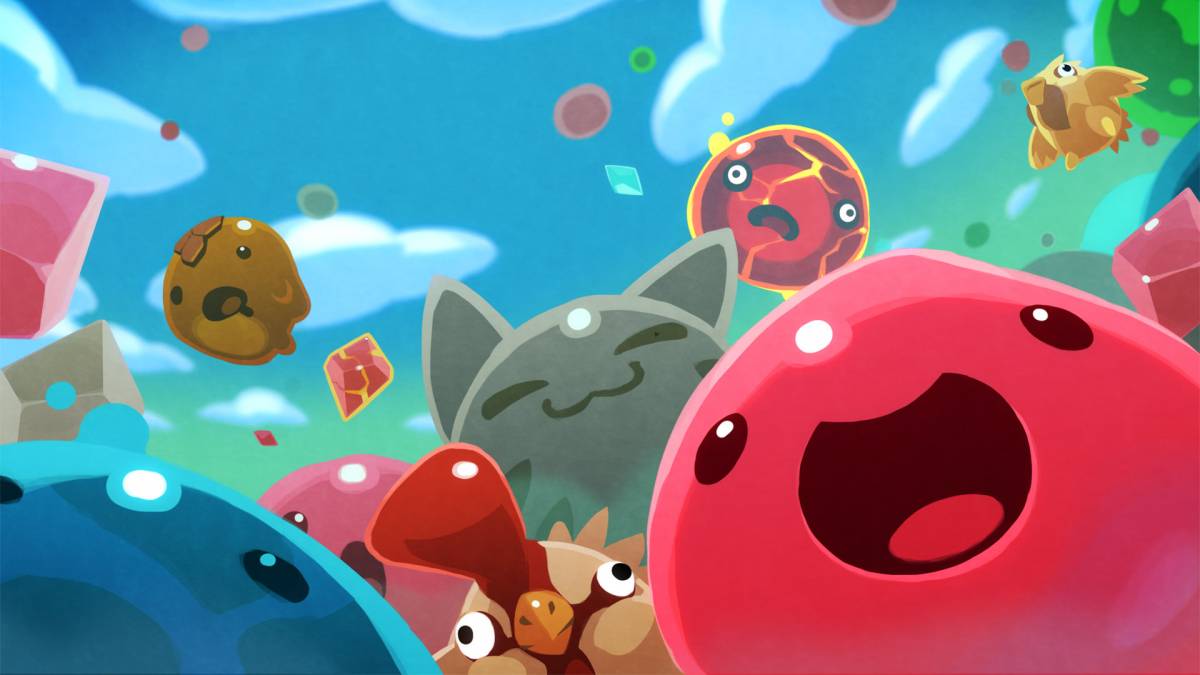 It’s 4:30 on a Thursday. I’ve got nowhere to go and nowhere to be. Outside, the sky is the kind of melancholy grey you’d only see in a French indie film. It looks cold but it’s not, for whatever reason, today is desperately hot. The weird kind of hot that makes you think you can smell yourself sweating, and which makes you think you don’t smell very good. On the TV, suspended from the wall by a cheap TV bracket, there’s a gun floating over a cartoonish Texan landscape.

Well, It’s not a gun, as such. It’s what the video game onscreen, Slime Rancher, tells me is a Vacpac. I’m using it to collect slimes, you see; balls of gooey nothing nothing that bounce around the game world like the physical expression of joy. They’re usually pink, but there are other varieties; some are blue, with rocks attached, others like look like cutesy bulbous cats. The blank spaces in the game’s menus tell me there are more still I haven’t discovered yet. In this case, though, I’m only looking for some pink ones. Fifteen minutes ago (about a day by the game’s count) a few escaped from my ranch and I’ve got to find some way to replenish the numbers.

So I do. I’m out here in this weird, science fiction Texas with my vacpac, looking for pink slimes. I urge my avatar to waddle forward a few metres, into a mini-clearing, and watch as the slimes spring joyfully up from under the earth, some of them chasing chickens, others clawing at the patches of carrots that I know populate the edges of the clearing. I’ve long since stopped asking why Space Texas has naturally occurring carrots. A few hours ago, I realise, this scene would have made me pretty bloody happy. I’d once liked, really liked, the sight of the slimes frolicking out here in the wilderness, their weirdly amorphous bodies bouncing back and joyously forth. It was like being six years old again. It felt like I was watching Teletubbies. Now, though, that’s not quite the case. I approach them the same way an accountant approaches a spreadsheet; with a resigned sigh, nebulously achy hands, and a weirdly cathartic desire to just get it done.

The slimes are paperwork, my vacpac a big, sexy red-pen. I’ll probably need about thirty slimes to replenish what I’ve already lost and, thanks to a few character upgrades, I can do that pretty easily. I can carry thirty in one mammoth haul. It’s no big deal. The idea, then, is to suck them up with the pack, holding down the right trigger to hoover up the little joy-balls and store them in the bag on my back, and then drag them back to my ranch, where I’ll shoot them back out into huge pens. The pens themselves; basically plots of land I’ve cordoned off with plasma walls, are morose in a strange way. The slimes, pretty exuberant by nature, are slightly too energetic for it. They’ll press themselves against the plasma walls in what looks like a desperate bid to get out. Sometimes, if I put too many into one, they’ll stack on top of one another and bounce out. That’s how I lost the last bunch. There’s barely room to breathe in there. If the slimes were anything else- pigs or cows or chickens- anything other than the joyous great space hoppers they are, it’d seem cruel. As it is, it’s just cute. As it is, I’ve stopped thinking about ethics on the job.

After ranching the slimes, my next job is to feed them, which I usually do with the carrots grown on my farm a few metres over. I don’t feed them because I love them, though I’d once found a strange sort of delight in just how happy the sight of food made them, I feed them because doing so produces plorts -like shit, but cuter- which I can suck up and exchange for cash at what amounts to a reverse vending machine somewhere else on the ranch. Pink plorts are the least valuable ones, as far as I know, and their value has decreased as I’ve played, but it’s so easy to get that ignoring it seems somehow stupid.

It’s a boring task, all-in-all. Mundane. It’s actual light-years away from the delirious hyper-violence than makes up most video game fare, that populates and defines anything like Doom or The Witcher 3. And, this time last year, I think I’d have railed against its very existence, contested the very fact of a chore simulator like this. There are too many good stories out there, I’d have said, too many unique experiences, too many things to see and do and watch and play and think about, to really justify something as asinine, as middle of the road as this. Life is too short for chores, I’d think.

But now, quietly waiting for uni, and what feels like my life, to meaningfully start, it’s maybe what I need. I’m a ball of anxious concern, teetering back and forth between drea -fears about where I’ll wind up, what I’ll be doing, if I’m at all smart enough for any of it- and the kind of starry-eyed optimism students like me are supposed to embody. I can’t handle anything intense, anything exploratory or unique or beautiful. I don’t have it in me to think. I just want something to do with my hands – something cute and undemanding and easy. I’ve spent the best part of my life failing to understand the appeal of games like Slime Rancher and now, just maybe, I think I’ve found it.