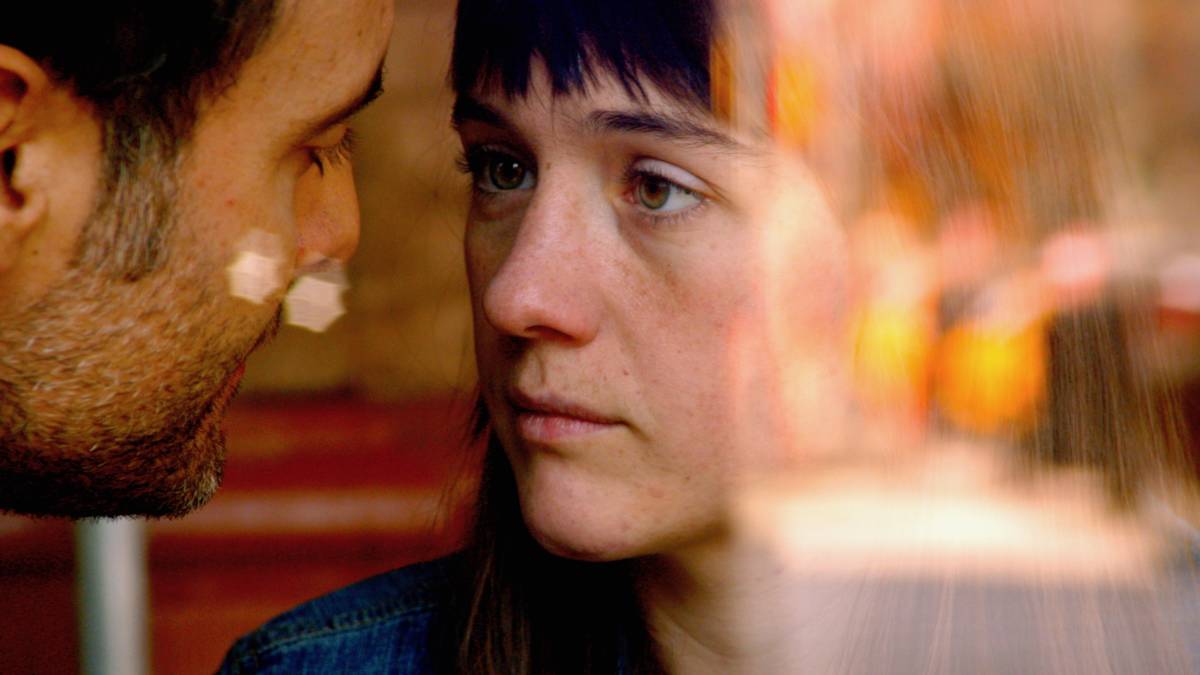 With all of its beats, Human Affairs is a drama that plays exactly like you would expect from a Slamdance selection. It’s a film that shows how much one needs to make a human connection in life.

Clinical hypnotherapist Charlie Birns, who also writes the screenplay, makes his feature directorial debut with this character study of a young French woman, Genevieve (Julie Sokolowski), undergoing human surrogacy to carry the child of another couple, Lucinda (Kerry Condon) and Sidney (Dominic Fusuma). It’s three months into the pregnancy when the 26-year-old travels to New York City to visit the couple, both of whom are involved with the theatre scene. It’s the second thoughts that impact Lucinda and Sidney in that they aren’t adopting a child but have instead hired someone to have their child. Lucinda is a woman who’s described as loyal, ambitious, and hard-working, so it makes sense that they reached out to her for a surrogate mother.

It’s not until the second act in which Genevieve not only discusses her feelings with Sidney as the two of them start to develop their own intimate relationship, but also mentions that she’s thinking of having an abortion only three months into the pregnancy. Never mind the fact that abortion is a touchy subject, but she was hired to be a surrogate mother. Even though she’s just a surrogate, she has her own rights until they are surrendered at birth. With everyone having their own issues boiling under the surface, it’s only a matter of time before they explode.

Condon and Fusuma deliver some compelling performances but it’s the performance of Sokolowski that single-handedly carries the small indie film with a breakout performance as a woman having second thoughts on being a surrogate mother. Stranger Things star David Harbour also has a supporting role as theater director Ronnie.

Cinematographer Sean Price Williams is able to capture the majestic beauty of New York City but is also able to capture such raw performances in action, much to Birns’ credit as a director but also the acting ability of his core actors. Moreover, Williams is innovative with what’s being used to capture the performances: HD cameras, iPhone, 8mm film, and 35mm photographs. The use of photos wisely bookend the film. The mere brilliance of Birns’ direction, combined with Williams’ cinematography, is shown in the second act when Sidney and Genevieve are fighting and even just the smallest nuances in body gesture are so beautifully captured on screen. Sokolowski doesn’t even have to say a word to know how her character is feeling when her eyes are doing the talking.

Thanks to the generosity of one of the best performances of early 2018 that are so raw and beautifully captured on screen, Human Affairs makes for a compelling character study of a woman at bay with some very hard choices to make about life.

An official selection of the 2018 Slamdance Film Festival, Human Affairs held its world premiere in the Narrative Feature competition on January 20, 2018.