Sin has consumed the kingdom of Cavanis. These are the opening words to Sinner: Sacrifice for Redemption’s opening cutscene, and they succinctly introduce you to the game’s serviceable plot that acts as little more than a backdrop to some beautiful boss fights, varied arenas, and an excellent sense of achievement upon taking down each of the game’s eight key foes.

On the surface, it’s easy to dismiss Sinner for yet another indie action-RPG capitalising on the popularity of From Software’s iconic fantasy series that I won’t mention for the sake of avoiding that god-awful cliche. However, delve just a little beneath, and you find a thrilling boss-rush title that packs a whole bunch of variety and polish into a tight package. After an initial semi-tutorial that teaches you the basic mechanics in a fight against some nameless ghouls, you’re dropped into Sinner’s small hub; an area with seven stones that can be activated to travel to each of the game’s unique bosses. 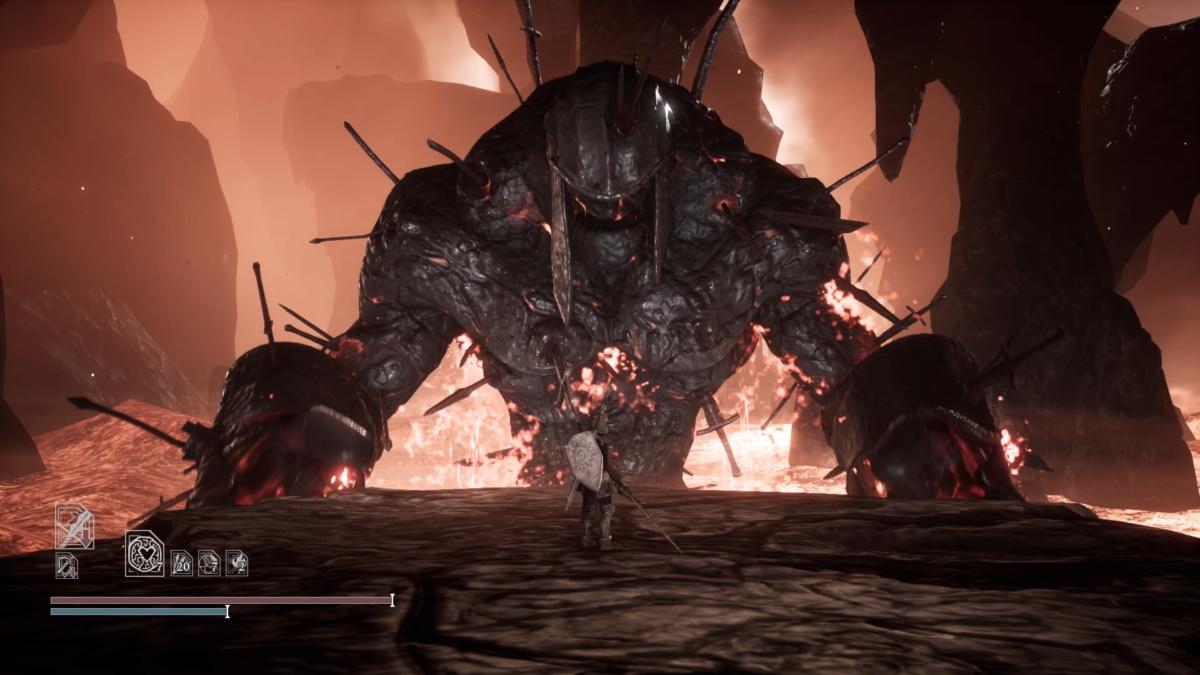 If it’s not obvious yet, each of these seven bosses is based around one of the seven deadly sins. But this connection runs deeper than just appearances, as activating a boss fight will incur a relevant penalty that will handicap you as you enter their realm. Fighting the boss based around sloth, for example, will mean that depleting your stamina bar causes you to briefly pass out from fatigue. Greed will gobble up a chunk of your health and stamina bars, and envy will steal some of your items before you challenge her. The twist is that these debuffs remain throughout the rest of the game, so by your seventh fight, you’re heavily penalised and ready for death’s door. You get a small pick-me-up in the form of a health bonus with every successful boss kill, but this means there’s some strategy in the order which you’ll take them down.

Combat itself is vaguely recognisable but refreshingly approachable. Pressing square will light attack, while triangle causes a heavier blow. You can swap between a dual-handed broadsword or a short sword and shield, and both of these have their own perks. Naturally, the broadsword will pack a heftier punch, but the shield allows you to parry some attacks and return with devastating damage. It’s all fairly straightforward, but Sinner’s weapons all have a satisfying weight to them that makes nailing a hit of one of these behemoths all the more enjoyable. 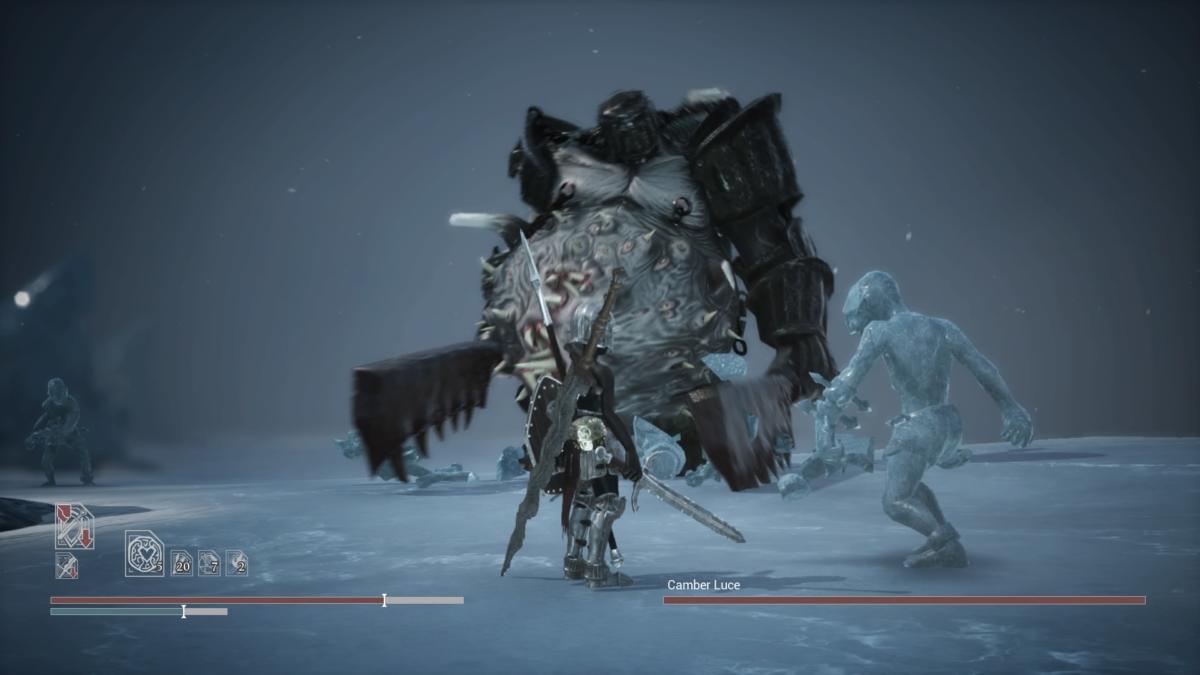 In addition to the melee options, there’s a handful of items that can turn the tide in your favour. Electrical spears allow for long-range chipping, while fiery, explosive pots act as the equivalent of medieval molotovs. There’s also a magic spell that imbues your current weapon with fire damage, and this is particularly effective against certain bosses – but you’ll have to work that out on your own.

The bosses of Sinner: Sacrifice for Redemption are worth the admission price alone. As mentioned, each has a meticulously designed arena that will sometimes be just as dangerous as their own attacks. It would have been easy for developer Another Indie to rely on the knight-in-varying-armour trope that other dark fantasy action-RPGs have opted for, but each of the deadly sins perfectly embodies their role. In fact, Pride is the only knight figure in the game, and this thematically works, as he’s considered the best knight in all of Cavanis. 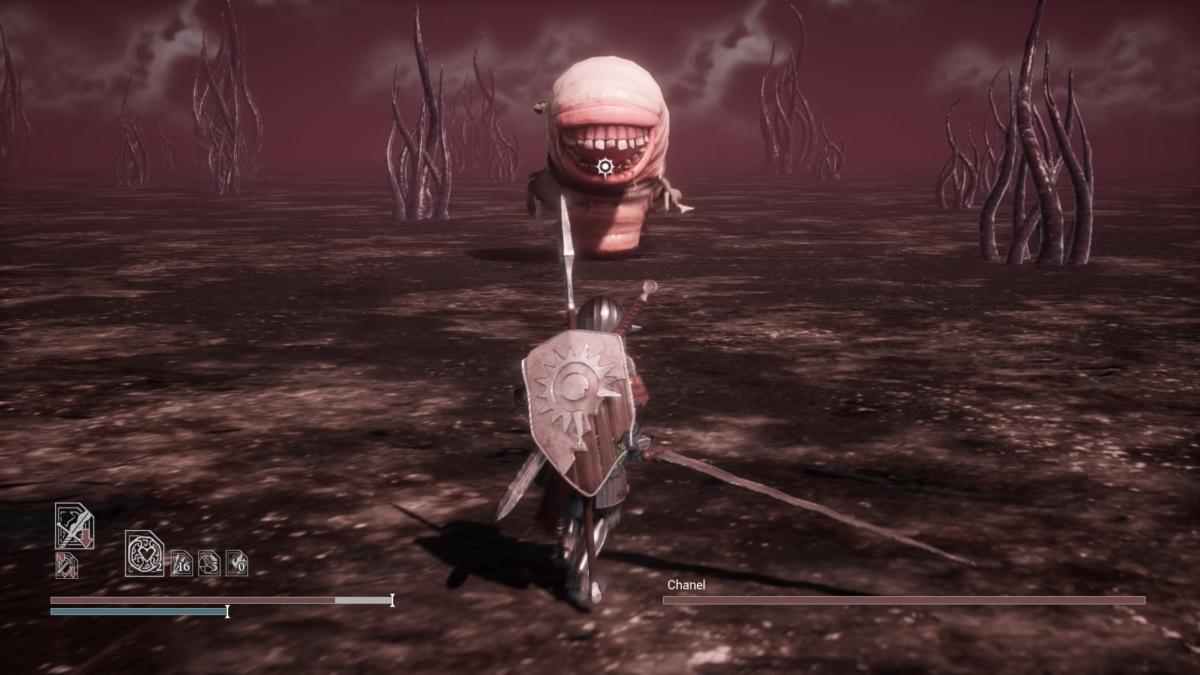 If you’re desperate for some lore, though, then Sinner might not quench your thirst. There’s some neat introductory cutscenes for each boss, but they feel largely generic and in-line with standard fantasy tropes. This isn’t to say that they aren’t appreciated, but it’s the core gameplay of this title that makes it well worth your time; not the accompanying narrative.

Unfortunately, it’s not a flawless experience. In fact, it’s the game’s crushing difficulty that is both its strongest asset and its key downfall. For some bosses, the delicate back-and-forth of blows is what leads to some amazing fights that feel genuinely earned by their conclusion. For others, like Greed, they employ absolute bullshit tactics that make replaying them again and again (and again) a complete chore. Thankfully this is a rare complaint throughout my several hours with the game, but I could see some players giving up completely when they hit the brick wall of falling into a suddenly-appearing ice hole for the 100th time.

Once everybody’s defeated, there’s a small amount of content that opens up for completionists; namely, a ‘Nightmare’ mode that sees you take on every boss in the game, one after another, in the ultimate boss-rush. Frankly, this seems like an insane and impossible task (especially considering that some of them cross-over with one another), but it adds another challenge for only the true sadists to take on.

Sinner: Sacrifice for Redemption is a hard-as-nails gem. It manages to nail the punishing combat of modern a action-RPG while doing so in a realised world that looks and sounds absolutely gorgeous. Aside from a handful of blatantly unfair encounters, each of its eight bosses (the sins plus a grand finale) are a joy to behold and an even bigger pleasure to defeat. I couldn’t get enough of it, and can see myself returning to the world of Cavanis soon. 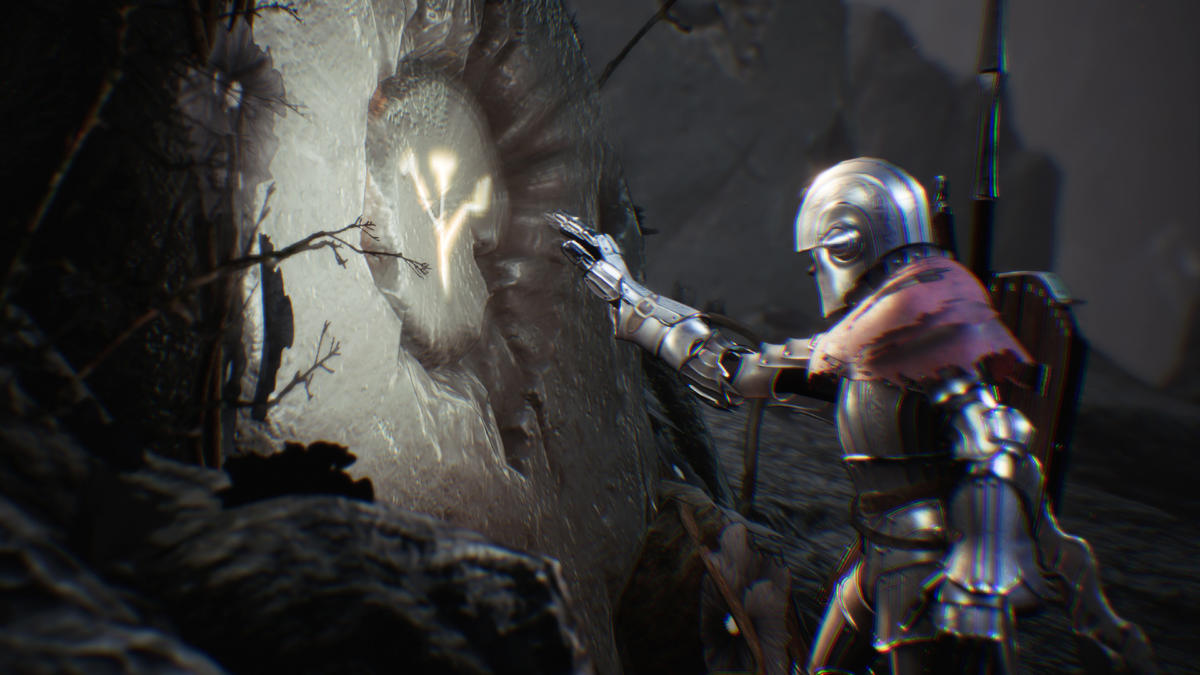 Verdict
Regardless of its minimal shortcomings, Sinner: Sacrifice for Redemption is a hugely fun injection of hardcore combat, and well worth the time of those looking for something fresh. Microtransactions: none
9