And it's produced by the woman who was at the centre of events, Monica Lewinsky. 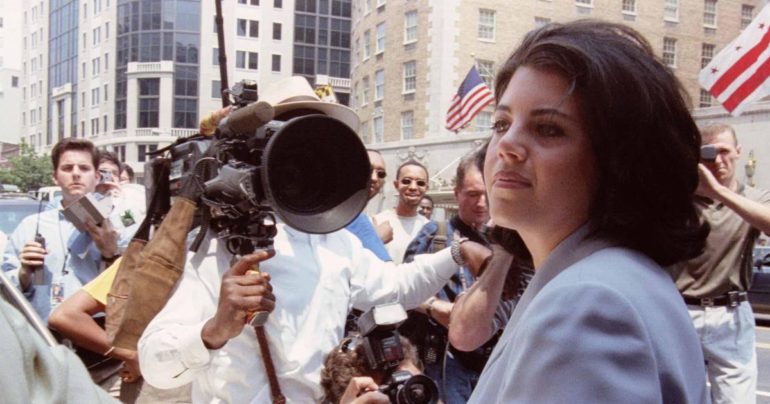 FX’s critically acclaimed American Crime Story is to set its attention on the famous Clinton scandal from the nineties, and will be moving into pre-production soon. The announcement happened at the Television Critics Association summer press tour, with the show’s official title being Impeachment: American Crime Story. The season is being adapted from the book A Vast Conspiracy: The Real Story of the Sex Scandal That Nearly Brought Down a President, by Jeffrey Toobin.

Beanie Feldstein will play Monica Lewinsky, the intern who had an affair with President Bill Clinton and became a major media target during the scandal. Sarah Paulson, a longtime collaborator of Ryan Murphy, will play Linda Tripp, who secretly recorded Lewinsky’s confessions about her affair. Annaleigh Ashford rounds out the cast as Paula Jones, who filed a sexual harassment suit against Clinton.

FX chairman John Landgraf said at the press tour that “Impeachment: American Crime Story will likewise explore the overlooked dimensions of the women who found themselves caught up in the scandal and political war that cast a long shadow over the Clinton Presidency.”

Lewinsky will be on board as a producer for this season. Originally, the Clinton scandal plot had been in development back in 2017, but because it didn’t have Lewinsky’s involvement, the season didn’t materialize. Last year, Murphy expressed to the Hollywood Reporter that he told Lewinsky “Nobody should tell your story but you, and it’s kind of gross if they do … you want to produce it with me, I would love that, but you should be the producer and you should make all the goddamn money.”

This upcoming season of American Crime Story almost centered on the aftermath of Hurricane Katrina. The cast had been speculatively announced as Dennis Quaid as President George W. Bush, Annette Benning as Louisiana Governor Kathleen Blanco, and Matthew Broderick as Emergency Management Agency director Michael D. Brown. The Hurricane Katrina story had been set for season two, which instead focused on the assassination of Gianni Versace. Rumors speculated that the story would have been season three, but Landgraf confirmed back in February that the Katrina storyline was no longer in development.

Impeachment: American Crime Story is set to premiere on Sept. 27, 2020.