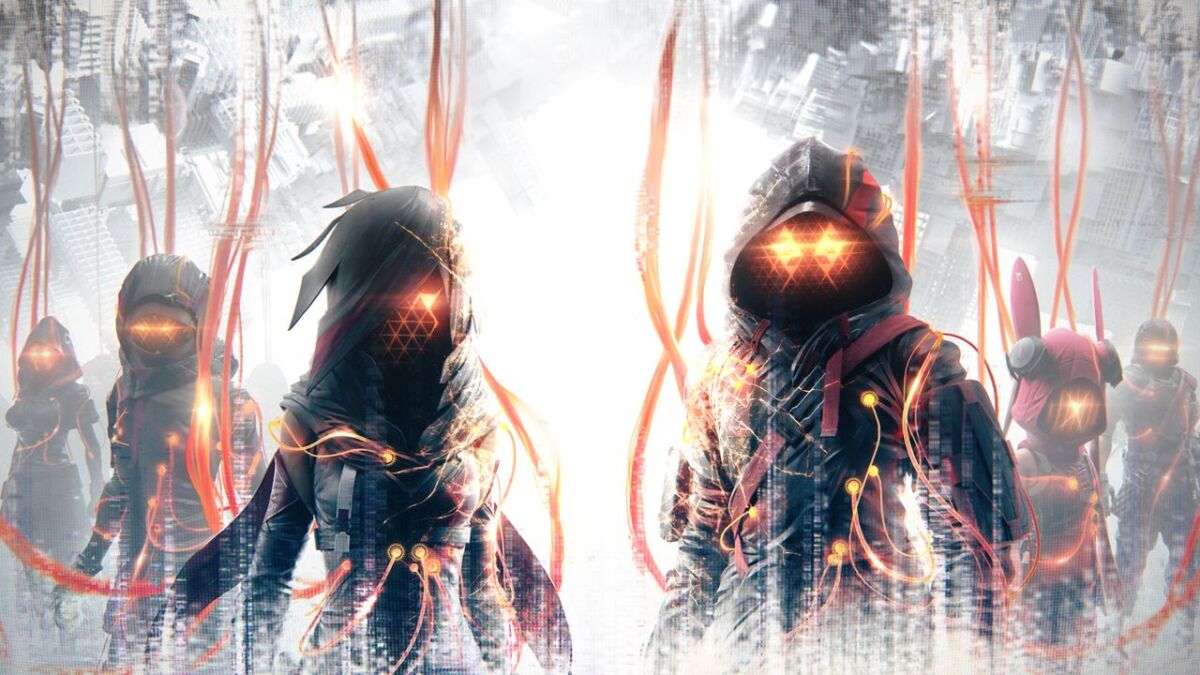 Insane in the friend's brain. 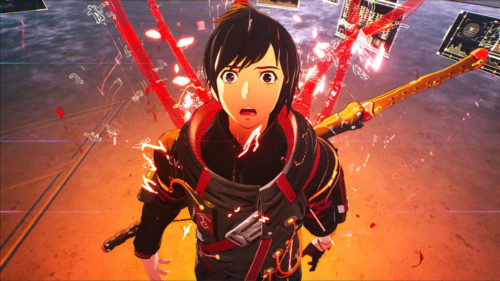 Bandai Namco’s anime-soaked action-RPG Scarlet Nexus knows games that use subtext, and thinks they’re all cowards. This is a title that knows how to go big, and even when it misses, it’s still unafraid to take huge swings and shoot for its most ambitious possibilities.

Players control one of two protagonists, either humble and friendly Yuito Sumeragi or guarded and driven Kasane Randall, warriors of a sci-fi military squad called the Other Suppression Force (OSF) who are tasked with using their telekinetic powers to fight strange biomechanical monstrosities called Others. Fellow members of the OSF will accompany players during fights, serving as AI teammates and allowing you to tap into their distinct psychic powers and use them as your own, which opens up different styles of combat that use their super speed, invisibility, and more.

From this straightforward premise we meet the rest of Scarlet Nexus’ cast, full of bright-eyed and brightly-color-haired OSF members, with easy-to-remember gimmicks like “very competitive, with purple hair,” or “wears glasses and resents you for being good at your job.” The plot is jam-packed with excessive twists and turns, taking the early premise of secret anti-monster police and turning it on its head so many times that the starting line becomes impossible to recognize. This is a compliment.

Scarlet Nexus is at its narrative best when it dives headfirst into inscrutable betrayals, weird body horror monsters, and proper nouns like ‘The Red Strings,’ spoken in hushed, reverent tones that mean nothing to us, the players. It is like bingeing four different shonen anime at once, getting the protagonists of two different series confused, and reveling in the melodrama of saving the world with super-powered brains and overblown monologues.

To its credit, Scarlet Nexus does know when to pull its own conflict in and focus on the human element underneath all of its plotlines, and these emotional moments land more often than not, even when it starts to wobble under the accumulated weight of its own labyrinthine lore towards the end.

The destroyed city streets and swirling iron scrap heaps you traverse all look sharp and well-detailed, even if traversing them runs out of nuance fairly quickly. What’s really impressive is how, amidst its debris-cluttered battle areas, hordes of enemies, and multiple psychic soldiers running around the screen, the action almost never gets cluttered, and you never lose sight of your character. Every character’s design makes sure they pop wherever they are onscreen, and the Others’ designs are full of grotesque personality — gnarly twisted hunks of metal, animal parts and human anatomy. While the settings may blend together, the creatures, human and otherwise, that populate them are full of memorable detail and dynamic style.

Beyond the story, the core combat may not seem like much apart from two types of melee attacks and a slowly refilling special meter, but when the enemies pile up and everything is flowing, Scarlet Nexus’ battle system is never slow or boring. Tapping into teammates’ abilities, chaining psychic powers together, and wiping out bunched-up groups of enemies is deeply satisfying, and the dopamine hit of whittling down certain enemies’ mental defenses enough to hit them with an insta-kill Brain Crush attack persisted longer than I thought it would after a dozen-plus hours of playing.

Depending on who you choose to play as, the combat has a different flavor. Kasane fights more at a distance and with floating daggers, which makes her combos feel a little bit floaty and disjointed, even as they’re better at hitting more enemies in a broader range. Yuito’s katana requires more up-close-and-personal attacks, but it has a satisfying sense of weight and feedback with every hit. This is somewhat disheartening for Kasane fans like myself, who find her a more engaging protagonist but feel her combat style is a little less satisfying.

However, the combat is hardly a stroll through the park with your favorite giant sword. Players will need to pay attention to enemy moves and be judicious with their dodges and distance relative to larger opponents. While I didn’t die more than a few times, I almost died fairly frequently. That indicates a difficulty curve that is more or less fair, constantly pushing me to mind my surroundings, my enemies’ behavior, and my own bad habits that kept putting me in harm’s way.

Sometimes, however, the gameplay would veer out of the engaging groove that worked so well. Hitting an enemy at the start of an encounter will lock onto them, but locking onto an enemy doesn’t lock the camera to them, and locked on enemies can move out of frame, meaning your attacks will still be aimed in their direction, but you won’t be close enough to hit or able to specifically target another enemy without switching manually. This may sound like a minor gripe, but when enemies move as fast as they do here, it quickly becomes a hassle of having to either constantly swap targets or drop everything to stay on one enemy at a time.

Using your player character’s psychokinesis is presented as a core part of your combos and the only way to break some enemies’ armor, though the time it takes to charge up leaves you vulnerable to counter-attack, but only sometimes, in a way that feels unintentional and can make even bothering with this crucial battle component feel risky and random in a way that’s counterproductive. When all the systems work together, Scarlet Nexus’ combat sings, but these bum notes can sometimes threaten to break the whole performance.

Another aspect of Scarlet Nexus’ combat that doesn’t gel like it should is its RPG-elements. The skill points you gain by leveling up and the skill tree (or ‘Brain Map’ as the game calls it) are serviceable enough, but the slim assortment of equippable materials to boost attack, defense, or health, makes it almost feel like these stat-boosting details didn’t need to be included if there’d be so little customization. That being said, you can buy cosmetic items like glasses and masks, and any game that lets your character wear bunny ears into the game’s most dramatic cutscenes deserves bonus points.

One more system that doesn’t quite coalesce like it should is the Standby Phase, a moment between story missions where your character and their teammates hang out in a safehouse. You can give them gifts and talk with them, which can lead to a special scene called a Bond Episode that increases your connection with them, and therefore makes using their psychic powers more effective in battle. The whole thing feels inspired by Fire Emblem’s Support Conversations, but with less frequency and more glacial pace since teammates can only bond with your character, and not with each other.

On top of that, for most of the game, you’re able to move freely through various maps between story missions, which feels like it fulfills the same sense of downtime as these Standby Phase scenes, only without access to your pals. It’s a neat idea, and any chance to spend more time with your teammates and see their personalities is action is a plus, but the way it’s implemented into the overall structure of the story just feels out-of-place and not quite completely figured out.

While Scarlet Nexus’ reach might exceed its grasp in several spots, namely the complexity of its combat and the extraneous social bond mechanic, it still has a lot that works. It won’t be everyone’s cup of tea, but it isn’t trying to be — Scarlet Nexus wants to be what it is: an ambitious sci-fi epic (and upcoming anime) full of skull-jangling action and hugely complex concepts. It wants to be big, bold, and unwieldy, and on those terms, it succeeds.

Verdict
While there are gameplay hiccups and under-utilized systems, Scarlet Nexus has enough exciting combat and brain-twisting story to find its audience, and deliver major fun for those who enjoy its acquired taste.
7.5
Buy Scarlet Nexus
Cultured Vultures is a pop culture website established in 2013 covering all things gaming, movies, and more. We eat your words.
All The News On The Biggest Games