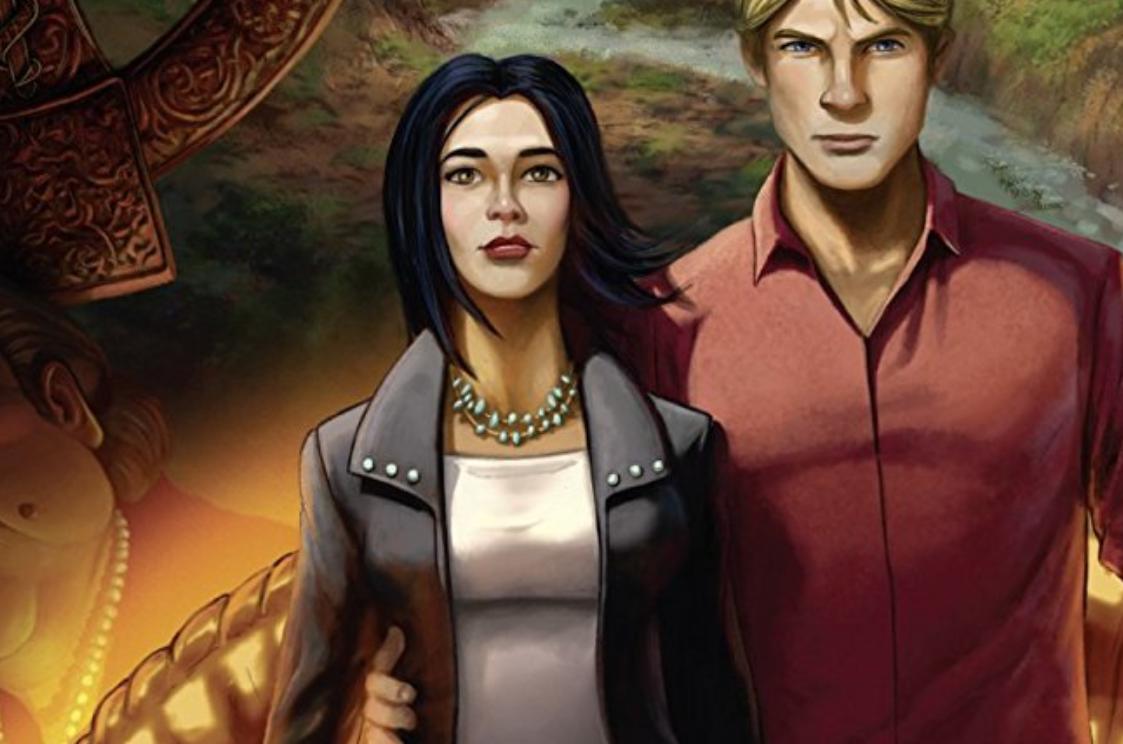 Broken Sword: The Shadow of the Templars holds a very special place in my heart. I purchased this game on a total whim back in 1997, and it introduced me to the point and click genre. I purchased its sequel a short time later and loved it just as much. The series had been dead for quite some time until 2012 when Broken Sword 5 hit kickstarter. I hadn’t really enjoyed the series’ latter outings, meaning the last good Broken Sword game I’d played was back in the late 90s. Broken Sword 5 changed that.

Broken Sword 5 skews away from the fully 3D entries 3 and 4, and takes its cues from the first two games in the series, opting for the game to be played entirely on a 2D plane. The game pulls at the heartstrings of long time fans like myself, with the grand ‘Broken Sword theme’ blaring to life over the revolution logo, and then the games’ title, before blending into the opening scenes’ Spanish guitar inspired number. 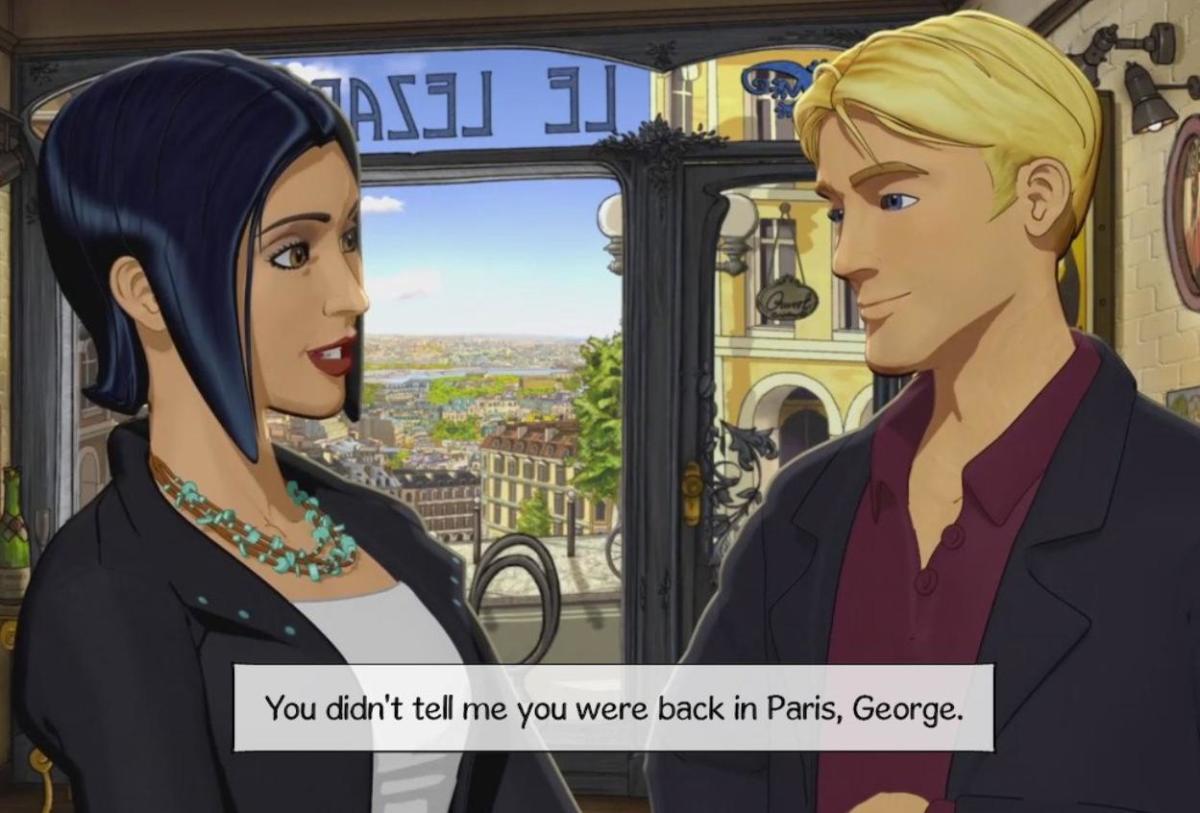 The game opens with a cutscene — not uncommon for a Broken Sword game — a flashback that’ll become more important later in the game. Flash-forward to modern day Paris, and voice actor Rolf Saxon, who has voiced lead protagonist George Stobbart since the first entry, utters a familiar line, a call-back to the opening of the original title. With my nostalgia senses on full tingle, I was in heaven.

But I was determined not to let nostalgia get in the way of my review. As mentioned earlier, Broken Sword 5 is totally 2D, making this game as much a nostalgia piece as much as it is a sequel. But who can blame the developers? The latter two games in the series were well received, but Broken Sword 3 was totally forgettable (even though you fought a fucking dragon) and Broken Sword 4 looked hideous. Despite advancements in 3D graphics, neither could match the hand-drawn charm of the first two games. 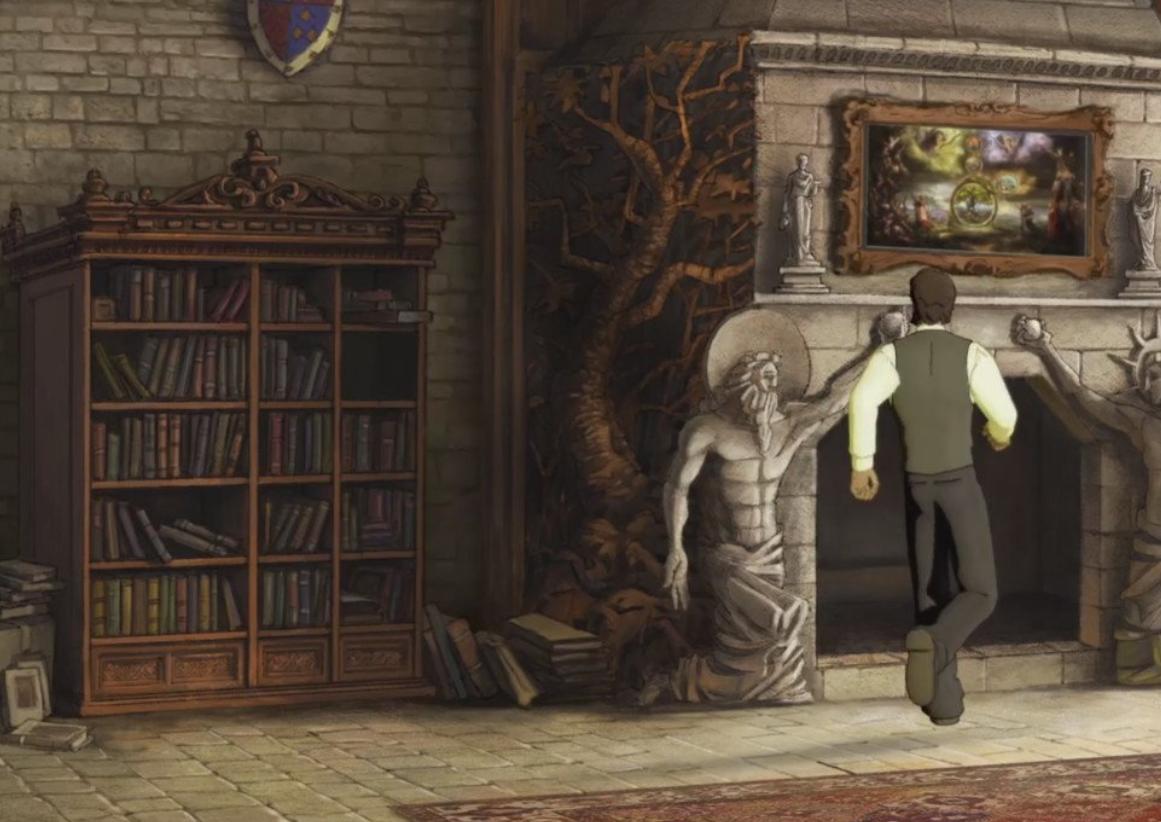 So, as you can imagine, Revolution have gone back to 2D, hand drawn scenery, and let me tell you: it does look beautiful. In modern HD, each scene shines with colour, with countless details littering each area. The character models are a little disappointing, though. They’ve attempted to give them a cartoon-7, cel-shaded look and while it suits perfectly with the scenery, the animation is a little stiff and robotic, unlike the smooth animations of yesteryear.

For those who have never played a point and click game before, Broken Sword is much like its peers. Check around a scene for clues and move your cursor over them to either examine, use or pick up. Sometimes the game will zoom in on a point of interest, allowing you to take a better look at it. Talking to people is also a great way to get clues. When talking to individuals, a box with a number of icons will appear: clicking on each icon will make George talk about the subject in the icon. Conversations are fairly straightforward — it’s impossible to get them wrong. 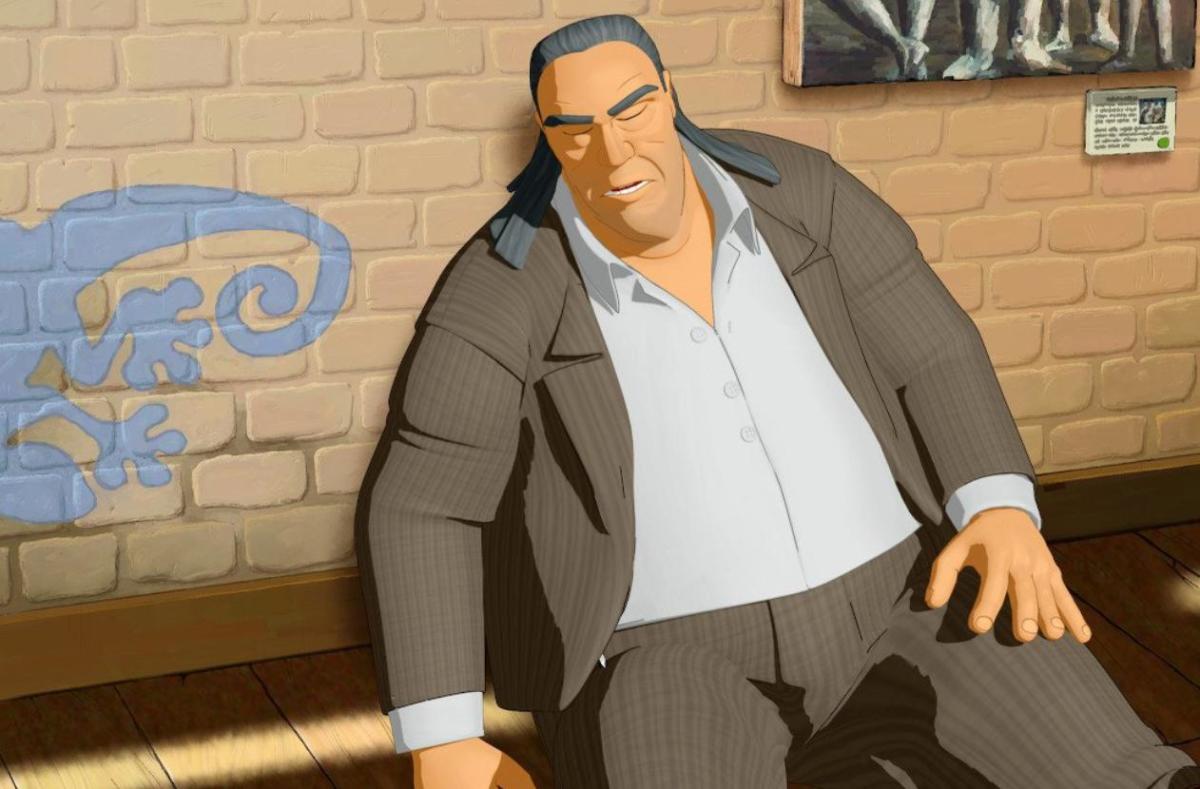 The game is also playable with the Switch’s touch screen, which feels very much like the mobile versions of these titles. With your finger replacing the on-screen cursor, you move your finger around the screen looking for ‘blue pulses’, which are items of interest. Clicking on them will reveal icons which allow you to interact with the pulse, same as with the cursor.

The game is also jam-packed with puzzles to break up the clue hunting. Now, originally this game was release in two ‘episodes’. Much of the feedback that came back from episode one was that it was a little too easy, and it was. Problem is, the puzzle difficulty was ratcheted right up for episode two, meaning that Broken Sword 5 is a game of two halves, one a little easy, one very hard. It’s not such a problem as Broken Sword 5 has moved with the times and implemented a hint system, giving you three hints to solve any puzzle. The first hint is vague, the second gives a little more, and the third pretty much tells you what needs to be done. 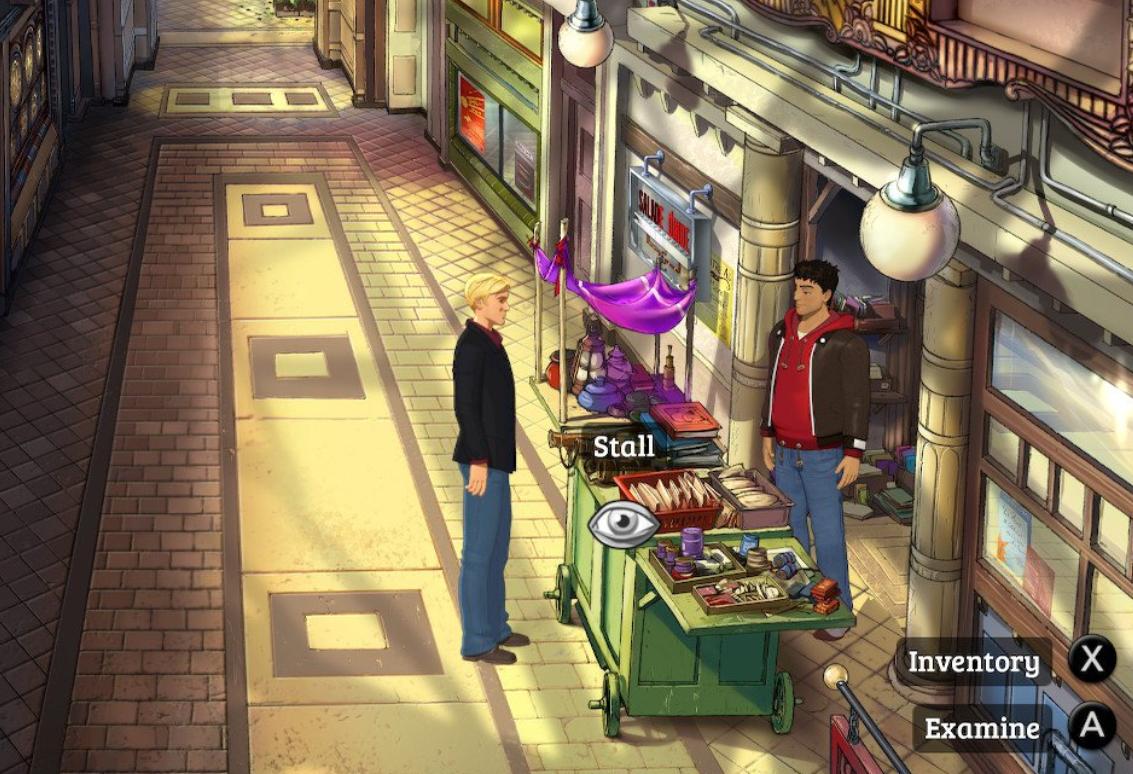 Broken Sword 5 is a little less a worldwide adventure than its predecessors. Previous games would see us travel all around the globe, while this entry keeps the game grounded in Europe. Not that that matters too much, the mix of Paris, London and Spain all provide some nice changes to scenery. The music is also a wonderful touch, reflecting each country in a different way. From the grand main theme to general atmospheric themes, Broken Sword 5 manages to capture the mood perfectly.

The best thing about Broken Sword, and this recent entry is no different, is its cast of characters. Very early on we meet two fan favorites, Sergeant Moue, a bumbling, Clouseau-esque police officer and Hector Laine, an odious, overweight art critic, both characters featuring memorably in Broken Sword 1 and 2 respectively. These characters are joined by an excellent cast, all very well casted and recorded, with a well written script to boot.

Everyone is on form in this respect and it is really the highlight of the game. Rolf Saxon once again does great work as George Stobbart. In fact, the whole cast do a wonderful job, there’s no one that lets the side down. If I’m being really harsh though, those two Kickstarter backers that bought speaking roles stick out like sore thumbs. Good effort though, guys.

Broken Sword 5: The Serpent’s Curse manages to make a brilliant old school point and click game, while also making a great game in its own right. Also, with the option of touch screen gameplay, Broken Sword 5 really feels at home on the Switch.

Verdict
Director Charles Cecil and his team at Revolution have done a grand job. Microtransactions: none
8