The Night Comes For Us (2018) REVIEW – This Movie Hates Legs 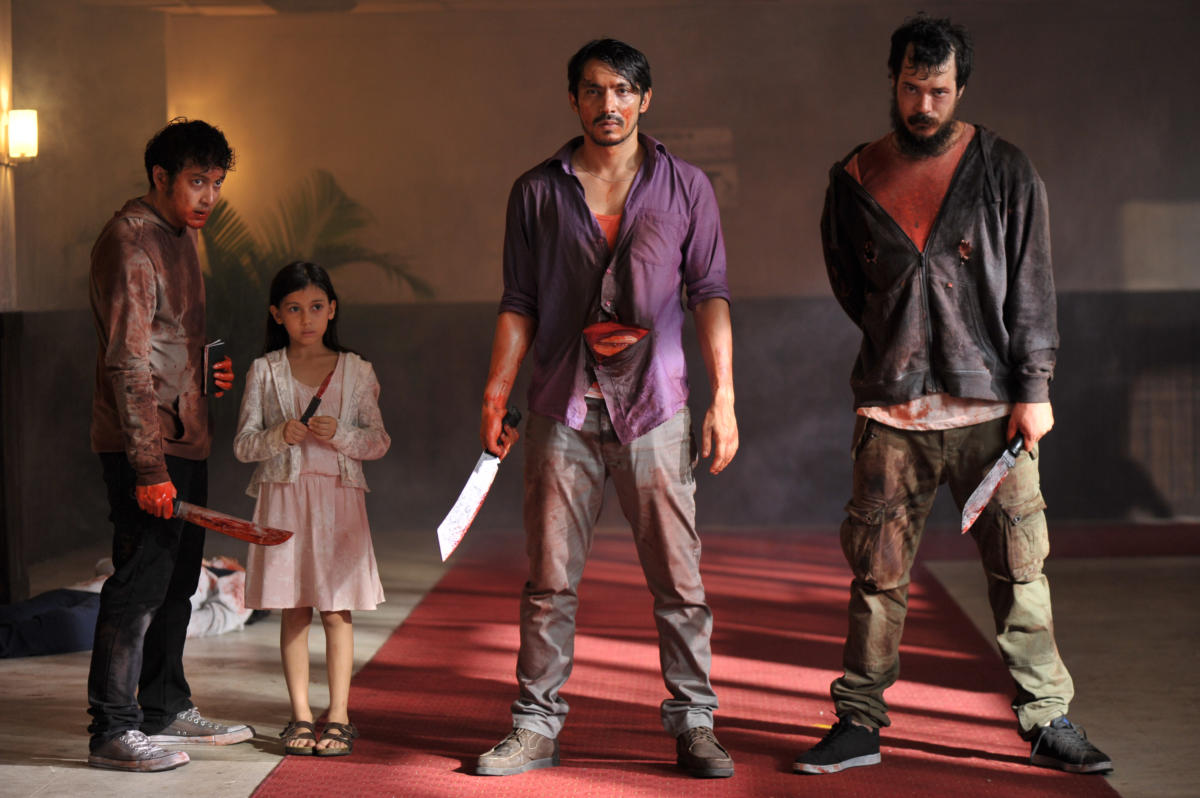 the night comes for us

Netflix has some explaining to do when it comes to The Night Comes For Us. They have effectively buried a brand new release in their incomprehensible bric-a-brac of quality and filler, meaning that many won’t even know about one of the most gloriously violent and wonderfully choreographed action movies in recent years.

In fact, calling The Night Comes For Us an action movie feels weirdly inaccurate. There’s no glamour in any of its fights, it instead coming across like a two-hour parade of death — it’s grimy and completely unrestrained, so much so that even seasoned horror movie veterans may feel their stomach turning at many points.

As an Indonesian production, comparisons to The Raid are almost unavoidable, especially seeing as how many of the cult classic’s cast make an appearance here. Iko Uwais, who I’ve come to realise could make playfighting with a puppy appear like a grand duel, choreographs the fatal ballet with direction coming from Timo Tjahjanto, who also directed the Uwais-starring and underrated Headshot.

Despite being the most recognisable face, Uwais falls back into a supporting role for The Night Comes For Us with Joe Taslim stepping up to play Ito: a reluctant member of the Triad who one day snaps out of his inertia and saves the life of a young girl. He makes it his mission to protect her from the Triads no matter what and also find personal redemption in the process.

Ito soon teams back with his old and broken crew, who are way past their best with many of their members either dead or behind bars. This is reflected superbly when their apartment plaza is assaulted by dozens of attackers who want the girl dead — there’s nothing fancy in the way they fight, they’re like weathered dogs backed into a corner. That’s the spirit of all of the action in The Night Comes For Us: it’s brutal, primal, and very ugly.

The gore comes in so many buckets that it may make even Freddy Krueger wince. As someone who may one day soon be able to watch Martyrs without projectile vomiting, I am fairly steeled against viscera but there were many moments in The Night Comes For Us when I would audibly gasp. An early scene has Ito breaking a bone from a cow carcass in two before remorselessly killing two of his assailants with the pieces. And that’s one of the most PG moments.

The Night Comes For Us seemingly has a morbid fascination with legs in that barely a fight scene goes by without some poor sap having his appendages utterly ruined. Whether it’s a shotgun blast to the toes or a leg being broken and the victim then sickeningly collapsing on it, there’s no shortage of wince-worthy moments. Imagine the most gruesome moments of something like Green Room but over and over again over two hours of relentless and grubby fighting and stabbing.

This may seem exhausting to some, but Uwais and Tjahjanto make every scene feel like something different — you just want to see what beautifully organised horrors they have up their sleeve next, one of which actually entails a gang member getting de-sleeved. The Night Comes For Us is like The Raid but turned up to a thousand in terms of brutality with its final fight easily being one of the best action sequences I’ve seen in years. It’s unabashed and completely captivating.

If there are to be any criticisms of The Night Comes For Us, it tries to introduce too many paper-thin characters too quickly and also never really builds up the relationship between Ito and his crew beyond the surface level. That being said, nobody comes to an Indonesian action movie expecting Villeneuve levels of character development — you get what you pay your subscription fee for. In the midst of weird gothic cooking shows and painfully scripted horror documentaries, you won’t want to miss this on Netflix this October.

Verdict
An utterly thrilling ride from the first second to the last, The Night Comes For Us is one of the best action movies of recent years.
8.5
Cultured Vultures is a pop culture website established in 2013 covering all things gaming, movies, and more. We eat your words.
All The News On Your Favourite Games