Save Yourselves! REVIEW – Romantically (and Sci-Fi-ly) Satisfying

Save Yourselves! blends sci-fi and rom-com elements to create a satisfying film. 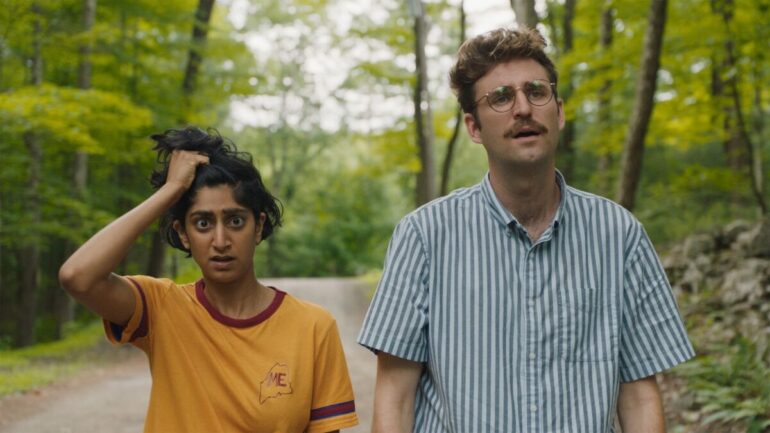 I love this film. Maybe it’s blasphemous to start a film review with such a proclamation, but I am too enthused to toe the line.

There are times when I think that maybe the rom-com is a genre that is dying, and all I will have in the way of new content is Netflix’s generic offerings. Directors Alex Huston Fischer and Eleanor Wilson (they are also co-writers on the film) prove that good rom-coms still exist, we just have to look harder.

We are introduced to Jack (John Reynolds) and Su (Sunita Mani), a couple living in Brooklyn, and much like any couple living in the 21st century, they find themselves perpetually plugged in. Inspired by a friend’s offer of a cabin that is theirs to use whenever, the couple decide to head to said cabin, and spend the entire week without the internet or technology. This means no phones, no laptops, just focusing on each other and nature. As we all know, committing to a tech cleanse isn’t always the easiest thing. As a city girl, I have never attempted this, nor will I ever try to.

While Jack seems to be having an easier time of things, Su does find herself flouting the rules from time to time, and this creates such hilarity. I really enjoyed Reynolds and Mani’s chemistry with other, both romantic and comedic. The script is great and gives them much to work with, and they make the material shine. In their hands, Jack and Su feel like a real couple. I also like how the film creates the necessary spaces to showcase their couplehood. Be it eating, sleeping or even showering together, everything is just so authentic.

As we know, in every rom-com, there exists an obstacle that the couple must go through together, and because this is a sci-fi film as well, their obstacle is an alien invasion. Beats running to the airport for a romantic declaration. Basically, while the pair were off the grid, the world got invaded by aliens, and because they weren’t plugged in, there is the not-so-small issue of them not knowing about the world falling apart.

The thing is, the pair did notice additional items around the house, but I mean, no one would suspect that a pouffe would be an alien. The pair go into panic mode when they realise all is not right in the world, and try to plug back in, though this really doesn’t help much since an invasion would mean that the systems that keep the internet alive and running are down as well. Jack and Su know it’s only a matter of time before the house gets taken over, so they start hatching their escape plan and discussing possible weapons to use against the pouffes. I swear I have never laughed so hard at to-go bags before, and I applaud Reynolds and Mani for top-notch physical comedy.

It is inevitable that the pair must go up against the pouffes, and honestly, for a design so unassuming, the appearance of these things always evoke a huge amount of tension, and all this goes back to the strong direction from Fischer and Wilson, who somehow manage to make these creatures seem scary.

The whole time, the film gave me echoes of The One I Love, a great indie romance with Mark Duplass and Elisabeth Moss. Much like The One I Love, Save Yourselves! proves that you can blend sci-fi elements into a romantic film, but still keep the storytelling focused on the characters and their relationship. What a treat this film is.

So please save yourself from the generic rom-com you are thinking of streaming, and check this out instead.

Save Yourselves! will be available in theatres October 2, 2020, and released digitally October 6, 2020. Review screener provided. 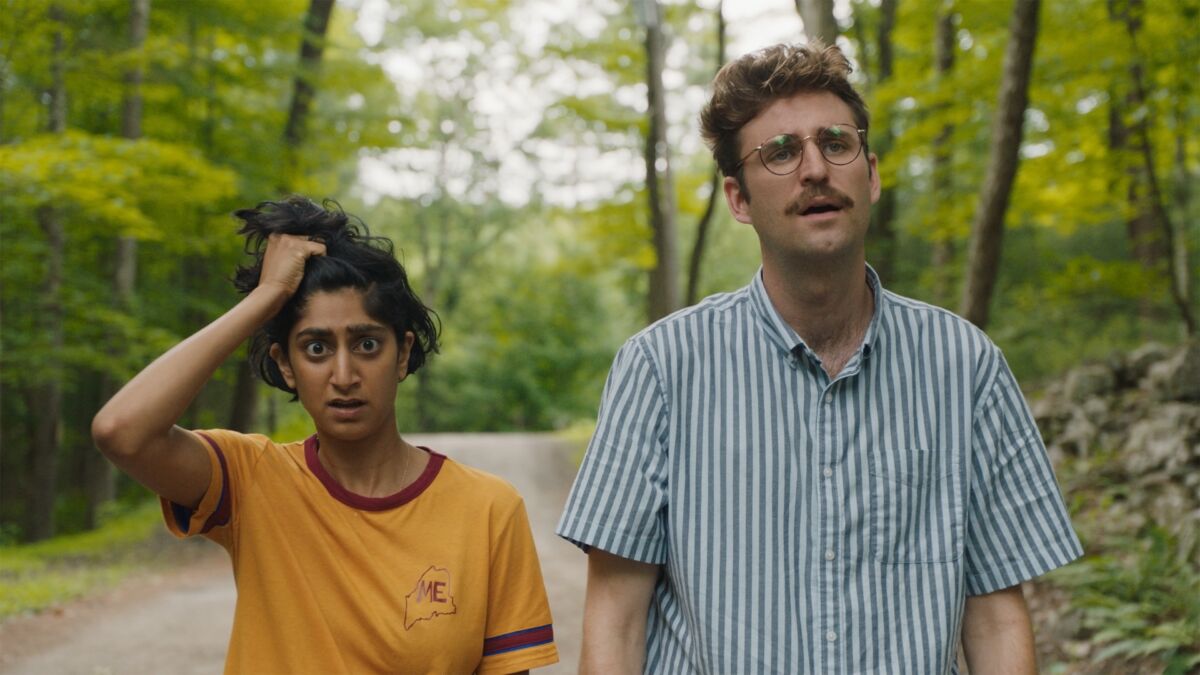 Verdict
In the ever increasing deluge of bad rom-coms, Save Yourselves! steps in to save the day. You will also never look at pouffes the same way again.
9
Cultured Vultures is a pop culture website established in 2013 covering all things gaming, movies, and more. We eat your words.
All The News On Your Favourite Games