No messing about here. 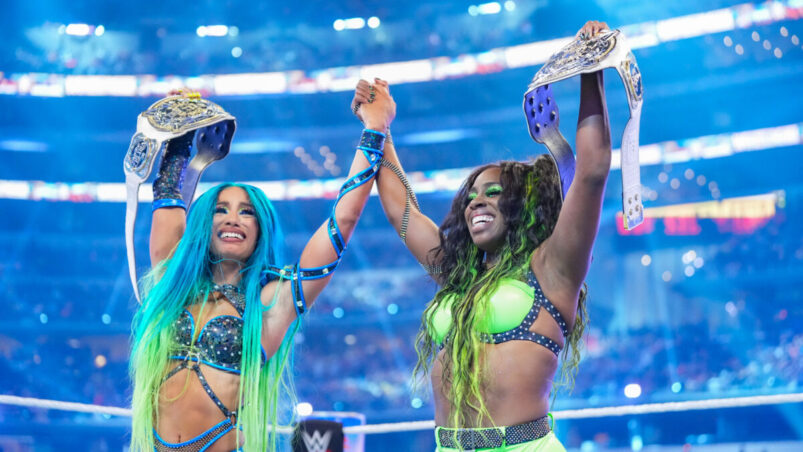 WWE’s Women’s Tag Team Champions, Sasha Banks and Naomi, staged a walkout during Monday Night’s episode of RAW, citing their displeasure in the creative booking as well as having to perform with wrestlers they considered unsafe. WWE reacted by switching the announced main-event to a singles match and calling the two out on air for unprofessional behaviour.

This carried over to SmackDown Live, where Michael Cole revealed that the two wrestlers have since been suspended from their contracts (or what little remains of them) and stripped of the Women’s Tag titles which they won at WrestleMania.

The weight behind the words used by Michael Cole told the story of disappointment and damage control, claiming that they had let down the entire roster and company through their actions. Cole went on to say that the vacated Women’s Tag Championships will now be held up in a tournament to determine the next champions.

A variety of wrestling colleagues have come forth on social media, mostly in support of Banks and Naomi for their defiant actions against the company. We’ll keep on top of this situation as it develops.

READ NEXT: AEW Announce 3 More Matches For Double Or Nothing 2022