We talk magic and fantasy influences. 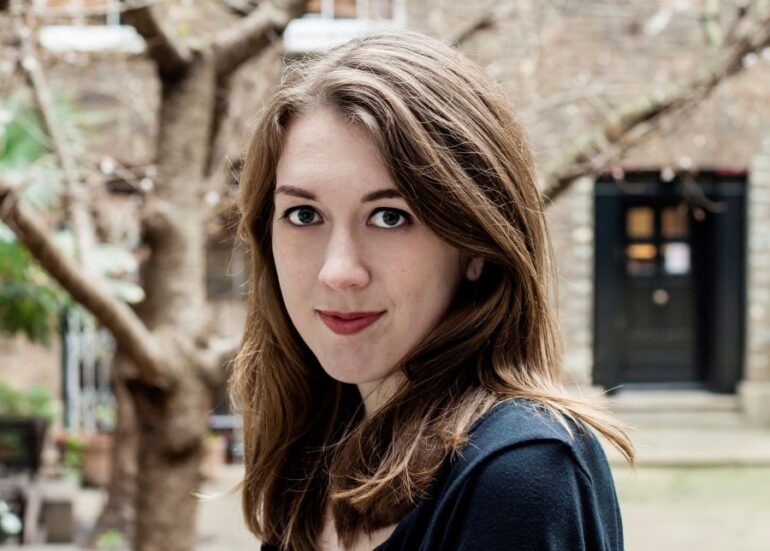 Since it first hit shelves in 2013, Samantha Shannon’s The Bone Season series has been a massive hit with fans. Her new novel, The Mask Falling, is the latest instalment in the series — and the fourth of seven planned novels.

It follows Paige Mahoney, who has managed to escape death once again. Snatched from the jaws of captivity and sent to a safe house in Paris’ Scion Citadel, it isn’t long before she finds herself caught between the factions looking to spark Scion’s downfall and those who want to protect Rephaim’s puppet empire. The mysterious Domino Programme has its own plans for Paige — but she’s got ambitions of her own while in this new citadel.

With her former enemy Arcturus Mesarthim at her side, Paige goes on an epic adventure: one that will take her from the catacombs of Paris to the glittering hallways of Versailles. But her risky mission promises a possibly high reward, as the Parisian underwood may be the key to finding the way to escalate her rebellion to outright war.

As Scion widens its bounds, the free world is shaking in its shadow — and Paige must fight her memories after her own ordeal at its hands. She also tries to get a better understanding of her bond with Arcturus, which is growing strong and strong by the day. But there are those who know the revolution began with them – and could end with them.

We recently had the chance to chat to Samantha about The Mask Falling, the magic of world-building and what’s next in the series.

Hi Samantha! A huge congratulations on The Mask Falling — it’s absolutely incredible. If you could use one word to describe the book, what would it be?
Stressful! I’m only half-kidding – Paige, the narrator, goes through some gruelling physical and emotional trials in this instalment of the series. She’s just been through a traumatising ordeal at the hands of the Republic of Scion, and is now trying to overcome a slew of fresh challenges, internal and external, as she continues her fight against its ever-growing empire. She’s also trying to understand her bond with Arcturus (formerly known as Warden), once her bitter enemy, who is now among her closest friends. It’s a dark and emotional journey, but there are some softer moments, too.

Was being a writer something that you always wanted to do? Or was there a sort of ‘aha!’ kind of moment?
I’ve wanted to be a published author since I was about 12, although I did write little stories before that. It sounds hard to believe, but before that age, I just don’t think I’d fully grasped that writing for a living was a possibility – it was like I thought books grew on trees. Once I realised, it was all I wanted to do, and it’s all I’ve wanted to do since.

Was fantasy the genre that you always wanted to write? Was there something particular that drew you to it?
Yes, I’ve always been drawn to speculative fiction, even when I was young. Fantasy, in particular, is the genre in which anything can happen – your only real limit is your imagination, and I reap a lot of joy from that creative freedom.

The Mask Falling is the fourth in the seven-book series. How much of the rest of the series have you got planned out? Or is it more open to change?
I’ve been writing the series since 2011, since I was 19, so my plans for it have unquestionably changed and developed over time, but I’ve always had the bones of the narrative laid out. I’ve always known the key events of the series, roughly how those events will be divided up into seven books, and the major twists and turns – but exactly how they play out is fluid. Sometimes you can plan a book in exhaustive detail, but when you come to write a certain scene, it just doesn’t work, so I have to leave room to react and manoeuvre. In short, I have the skeleton, with all its joints, but the flesh gathers as I write.

What kind of research is involved in the writing process — both at the start of the series, and now that you’re a few books into it?
There are various layers to researching this series: geographical, historical, etymological, medical, mythological – the list goes on. At the beginning, the main element that needed research was the magic system – I was reading up on many different historical types of divination, deciding on a logical way to organise them, and working out the fine details of each clairvoyant gift.

For The Bone Season and The Mime Order (the first two books), the settings didn’t require too much research, because I was very familiar with London and Oxford, but in The Song Rising the story moved up to Manchester and Edinburgh, and The Mask Falling is set in Paris – all cities I love, but have never lived in. I had to find ways to capture real, local detail while also knitting France into the fabric of my invented empire. I visited Paris and Versailles, delved into linguistics to see if the rules of French needed to be tweaked for the sake of consistency in the worldbuilding – they did – and looked into French history for figures I could integrate into Scion Paris. I found a wonderful anecdote about Marie Antoinette that I drew into the origin story of the Parisian clairvoyant underworld, for example.

How did you come up with the idea for The Bone Season series in the first place? Was it a case of Paige’s character coming to you first, or the idea of the world that she lives in?
A little of both. It was actually two ideas coming together from two different sides of my life, which could probably have become two separate novels. One was a dark vision of Oxford, where I was studying at the time. Oxford is often presented as fairy-tale place in fiction – the city of dreaming spires – but I was in a dark place during my time there, and my imagination transfigured it into a more nightmarish setting. It became the seat of a hidden power, with the colleges as palace-like residences for a supernatural elite.

The other idea came to me while I was working as an intern in London, specifically in the district of Seven Dials in Covent Garden, where seven streets come together around a sundial pillar. There are several New Age-style shops in the area, selling crystal balls, tarot cards and so on, and I thought it would be fascinating to base a magic system on clairvoyance. I then had a vivid impression of a young woman having an ordinary day at the office, gazing out of the window – but she happened to be clairvoyant. That was Paige. I decided to go big and roll the two ideas together, and The Bone Season was born.

Your world-building is incredible. How do you balance adding new layers to the already intricate world with keeping the parts that fans love about the series?
When I set out to write this series, I was determined not to be afraid of change. The Bone Season is intended to be an epic dystopia, combining some of the hallmarks of the dystopian genre with the scope of epic fantasy. Usually a dystopia will be tightly focused on a single place – an isolated community, a city, a country – while The Bone Season explores multiple large settings. This means that each instalment of the series is taking big strides away from the last one as the world gets larger.

In order to make sure readers don’t feel disoriented or disconnected while I’m hurling them between settings, I follow the same main cast of characters through the world and present it all through Paige’s eyes, so they have an emotional anchor throughout the journey – no matter where the story takes them, there will be familiar faces. I also like the settings to mirror one another in some ways. Paige talks about this in The Mask Falling, correctly guessing that the Parisian underworld will have similarities to the one in London, because they were both formed as sanctuaries in the same system. Even though I want this series to be daring and unpredictable, I also want readers to always feel they’re coming home.

Have you got a favourite part of The Mask Falling?
My favourite parts are the scenes where Paige and Arcturus are together, which is why this is the instalment of the series I most enjoyed writing so far – they’re living in close quarters for the first time since The Bone Season, relying on each other and working as a team. Their differences can sometimes cause friction, which is always interesting, but there’s a deep understanding and empathy between them that finally has a chance to blossom in this book.

And who’s your favourite character in the series?
Paige. I’ve written from her perspective for a decade now and I care about her as much as I would if she were real. Arcturus is a very close second – he’s been in my head since I was fifteen, so almost half my life. The challenge of creating a character who is likeable and relatable, but also feels believably unlike a human, is one of my absolute favourite parts of working on this series. And I can’t not mention Jaxon Hall, Paige’s ex-boss, whose theatrical personality makes him such a joy to write.

Having worked on The Bone Season series and a standalone novel in recent years, which would you say you prefer?
There are upsides and downsides to both, but if I had to choose, I think I narrowly prefer writing a series. It means I can really take my time unfurling the story. When I write standalones, they inevitably end up being very thick, because I like slow-burn relationships and stories that evolve at an organic pace. There’s more pressure to cut fine detail.

As to whether I prefer The Bone Season or Priory – again, there is so much I love about both, they’re close to my heart for different reasons, and it’s hard to compare such different worlds, but The Bone Season was my debut, the realisation of my dreams, so I think it will always have the strongest hold on my me. When it’s finished, I think the series will feel like a time capsule, showing how my writing matured and changed over more than a decade, with Paige’s voice doing the same. There’s something wonderful about that – to have grown up to her.

If you could dream cast the characters for a screen adaptation, who would you pick?
I’ve always struggled to pinpoint actors who look like the characters, actually – I have such vivid pictures of them all in my head, down to small details, it’s hard to match them to real people. I have no idea who could play Paige.

And, finally, what books would you pick as your desert island reads?
My answer to this question changes every time, but: Shadowscent by P. M. Freestone, Strange the Dreamer by Laini Taylor, The True Queen by Zen Cho and When the Tiger Came Down the Mountain by Nghi Vo are all great escapist fantasies.

The Mask Falling by Samantha Shannon, published by Bloomsbury, is available now.