Things are starting to heat up in the Ice Queendom. 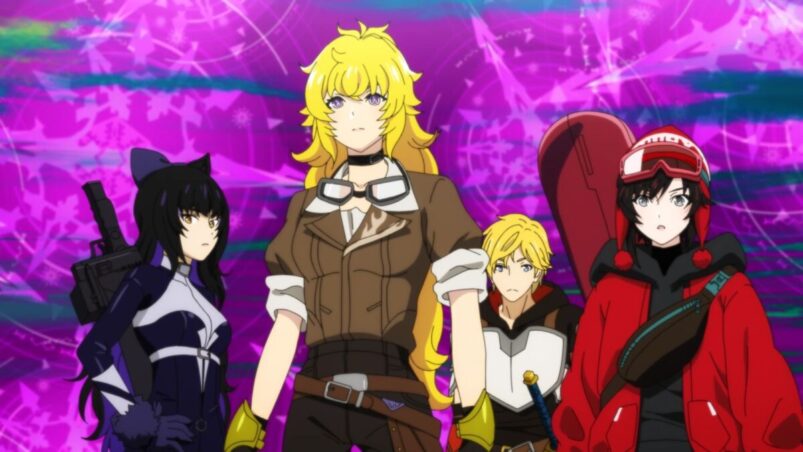 ‘Dreams Come Rued’ opens up with team RWBY and Jaune entering the Ice Queendom for the third time. Instead of his traditional sword and shield combo, Jaune’s dream self has a massive broadsword, which is a reflection of Weiss believing he can’t handle his weapon and is a pretty cool design to boot. But he also gets his real-world sword, so why does Jaune get two iterations of his weapon, while RWBY only got one?

While the group allowed White Fang attacks to go undisturbed in previous dream jumps, this time RWBY directly start changing the events of the dream by defending a Schnee Dust Corporation train from the White Fang, much to the surprise of a surveying Weiss. Though she lets them into her empire, much to the joy of the other Ice Queendom occupants, Weiss takes this as an opportunity to go and confront the group herself.

Deep within the empire, RWBY study Jaune’s camouflage ability from a distance, which despite suffering from cold-like symptoms, seems to work at first. Exploring the dream further, Jaune comes across the dream versions of JNPR and lets them out of their cell, finding a Relic in the process. And this is where ‘Dreams Come Rued’ starts to get a little weird.

Locked up along with team JNPR are dozens of little Weiss Schnees, who escape their confines, each echoing a different sentiment, such as ‘”I wanna be free to go outside!” or “Gimme a compliment! I wanna be spoiled!” as the song ‘Any Moment’ by Void Chords and L plays in the background. It’s a jazzy little number that adds to the scene quite nicely. They also seem to have the power to change the attitude of Nightmare Weiss’s forces, going from aggressive guardians to sharing a similar childlike attitude, with team RWBY taking advantage of the chaos.

However, after a while, RWBY: Ice Queendom goes full Attack on Titan, with the mini-Weisses growing massive in size and running rampant across the empire. On top of that, some of the members of team JNPR start to go full zombie mode on Jaune, who is trying to escape with dream Pyrrha, who is seemingly unaffected by the Nightmare Grimm’s influence.

‘Dreams Come Rued’, and Ice Queendom as a whole, are predominantly focusing on Weiss’ psyche, and I do like the idea that Nightmare Weiss is literally keeping her inner child’s emotions – in the form of literal clone children – behind bars, and left to their own devices; they risk destroying the order that Weiss’ family has constructed for her. Again, quite literally. And JNPR going from sweet ‘sillies’ in the dream to zombies controlled by the Nightmare Grimm is an interesting tonal change. The first time watching it though was a little bit disarming.

Dream Comes Rued concludes with Nightmare Weiss actually defending Jaune and Pyrrha from Nightmare-affected forces, and activating a giant mechanized statue in the middle of the city, assumedly in the image of Nicholas Schnee, to ‘judge’ RWBY. I mentioned in a previous review that Nightmare Weiss’ character design felt very reminiscent of Esdeath’s in the anime Akame Ga Kill, and even though this conclusion does have me hyped for the next episode, I couldn’t help but get similar flashbacks to that anime as they both have an antagonist who activates a giant, mecha-like weapon to fight the protagonists.

Dreams Come Rued’ is a bit of a slip-up compared to the rest of the episodes. Once I was able to process the little Weisses sequence, I did like how it functioned thematically and how it was executed in the show. However, while admittedly the original RWBY was inspired by anime as a whole, ‘Dreams Come Rued’ felt too much like a Frankenstein-like amalgamation of Attack on Titan and Akame Ga Kill. And the show was doing fine focusing on team RWBY, we don’t need Jaune to start stealing the spotlight. I am still very much enjoying this spinoff, but this episode was noticeably weaker than the others.

READ NEXT: RWBY: Ice Queendom – Episode 6 ‘Do You Have a Plan?’ REVIEW 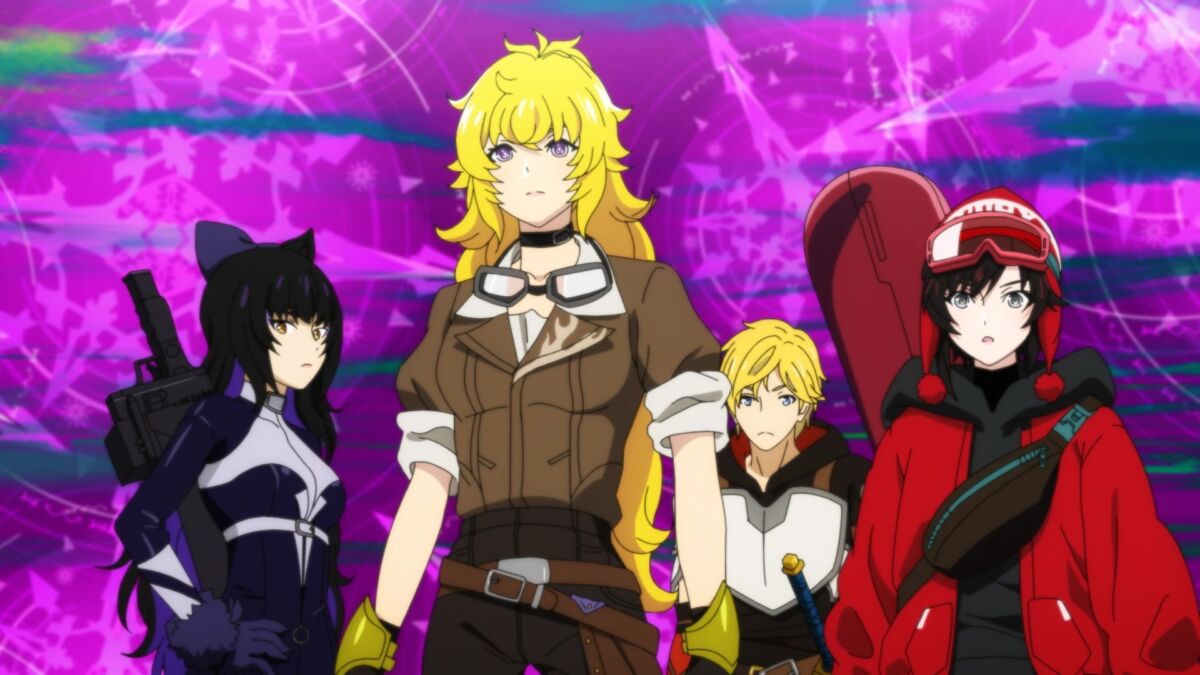 Verdict
'Dreams Come Rued' had some interesting things to add to the story, but slightly wanes in strength compared to previous episodes.
6.5
Cultured Vultures is a pop culture website established in 2013 covering all things gaming, movies, and more. We eat your words.
All The News On The Biggest Games