RoboCop Prequel Show In The Works – Without RoboCop

Strange as it may sound, it is at least a better concept than doing some nonsense like RoboCop in high school. 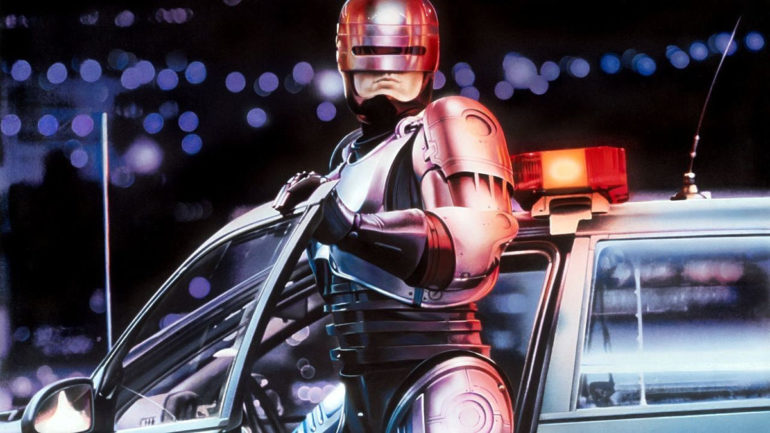 Edward Neumeier, writer of the original 1987 RoboCop film, has announced that he’s working on a RoboCop prequel for television, which will have “all the cool stuff about RoboCop, except no RoboCop.”

Instead of the titular robotic policeman, the show will focus on the early life of ’80s-style execu-monster Dick Jones, who fans of the original film will remember as the vice-president of evil megacorporation Omni Consumer Products, played by Ronny Cox.

Neumeier mentioned that he and co-writers Dave Parkin and Rob Gibbs were “doing things about business and law enforcement in the city of Detroit a minute-and-a-half in the future, it would be a way to do all sorts of stories about business and tech, Silicon Valley, corporations, snakes in suits, cops, all that. It’s a wonderful rich tapestry…It’s fun to work with a younger version of the Dick Jones we meet in RoboCop. He’s an actualised corporate predator, but nobody necessarily starts out being the bad guy.” Which suggests that the overarching story will be one of Dick Jones’s fall into villainy, à la Better Call Saul or Milton’s Paradise Lost – although it’s hard to see where RoboCop’s trademark ultraviolence comes into the equation.

The character, per Neumeier, was drawn from life, although his flesh-and-blood basis wasn’t a venal boardroom reptile: “In truth, Dick Jones was based on an alcoholic landlord or real estate agent I had when I was writing RoboCop. He seemed very old to me but he was probably younger than I am now. He always wore a grey suit and he was always really drunk, walking-around drunk. He had this weird name, Dick Jones, which just seemed very old fashioned. So all I knew about the character was that he was going to be this corporate predator and his name was going to be Dick Jones. When I met [Parkin and Gibbs] they asked about his back story and I just shrugged because I didn’t have one. They’ve come up with a whole back story for him.”

RoboCop was already a franchise, with the original spawning two sequels, a couple of television tie-ins, and later a 2014 reboot, but all those things actually had RoboCop himself involved – he is in no small way the face of the brand. So this project will have to work hard to keep the fans onside, particularly if RoboCop isn’t even in the title. Whether it does or not, it’s clearly another attempt to pull off what AMC’s The Walking Dead is now trying to do – using an established franchise (or ‘universe’, as they will persist in calling it) as framework for all manner of tangentially related projects. This is purely speculative now, but had Parkin and Gibbs come up with an original story about some quasi-futuristic Gordon Gekko type, and only then tied it into RoboCop and Dick Jones’s early years – could anyone tell the difference?