The Walking Dead Is Ending – But The Spinoffs Will Live On

Even when The Walking Dead ends, the franchise just won't die. 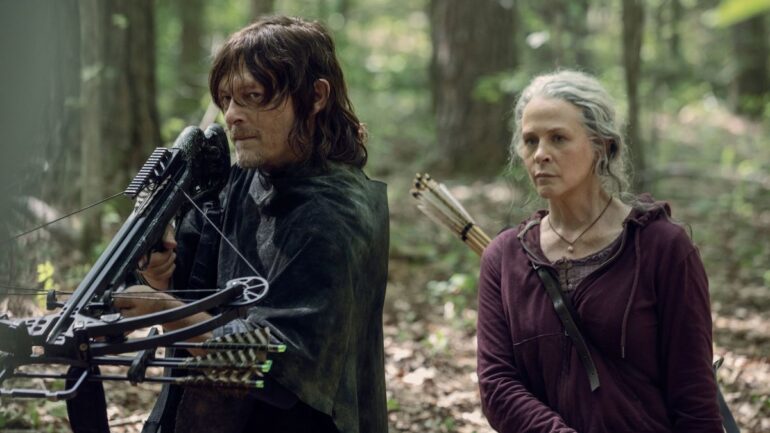 The Walking Dead has been part of the television landscape for some ten years now, going all the way back to those heady early-2010s days when everyone had their zombie survival plan all mapped out. But AMC have confirmed that the show will finally, after a decade of ups, downs, and losing its original protagonist, come to an end in 2022. Its eleventh and final season will clock in at an extended 24 episodes.

However, this is far from the end for the Walking Dead brand. There are already plans in the works for a spinoff show focusing on main characters Daryl Dixon (Norman ‘Death Stranding’ Reedus) and Carol Peletier (Melissa McBride) with a tentative premiere date of 2023, as well as an anthology show titled Tales Of The Walking Dead using the franchise’s established universe as a sort of pick-up-and-play backdrop. This is in addition to the Rick Grimes film trilogy, announced in 2018 although still not officially named.

Current showrunner Angela Kang, who is set to serve as showrunner of the spinoff, said “The Walking Dead flagship series has been my creative home for a decade and so it’s bittersweet to bring it to an end, but I could not be more excited to be working with Scott Gimple and AMC to develop a new series for Daryl and Carol. Working with Norman Reedus and Melissa McBride has been a highlight of my career and I’m thrilled that we get to keep telling stories together.”

Ed Carroll, chief operating officer of AMC Networks, was suitably enthusiastic about this golden goose continuing to lay, commenting “The Walking Dead made television history, and is one of those rare creative works that has given life to an entire content universe that is still in the early stages of growing and entertaining both new and established fans. We can’t wait to bring viewers this expanded final season of The Walking Dead over the next two years, and launch the fourth series in the history of the franchise, focused on the beloved Daryl and Carol characters, with the incredibly talented Norman Reedus, Melissa McBride, Angela Kang and Scott M. Gimple. There really is so much ‘walking’ ahead, in a number of very exciting directions, for this extraordinary creative universe we call The Walking Dead.”

And Scott M. Gimble, former showrunner and now chief content officer of the franchise as a whole, said “It’s been ten years gone by; what lies ahead are two more to come and stories and stories to tell beyond that. What’s clear is that this show has been about the living, made by a passionate cast, team of writer/producers, producers, and crew, bringing to life the vision put forth by Robert Kirkman in his brilliant comic — and supported by the best fans in the world. We have a lot of thrilling story left to tell on The Walking Dead, and then, this end will be a beginning of more Walking Dead — brand new stories and characters, familiar faces and places, new voices, and new mythologies. This will be a grand finale that will lead to new premieres. Evolution is upon us. The Walking Dead lives.”

It must be remembered that spinning the Walking Dead franchise out into a wider televisual universe is a proven concept: the prequel show Fear The Walking Dead will return with a sixth season in October – not long after the October 4th premiere of another spinoff, The Walking Dead: World Beyond, a sequel set ten years after the apocalypse which will focus on the generation born into that world. And The Talking Dead, the after-show discussion of The Walking Dead and Fear The Walking Dead fronted by Chris Hardwick, still reliably brings in over a million viewers (and the concept was itself spun off into the similar Talking Bad, Talking Saul, and Talking Preacher). There are, in short, plenty of zombies to go around.