Three Rick Grimes The Walking Dead Movies On The Way 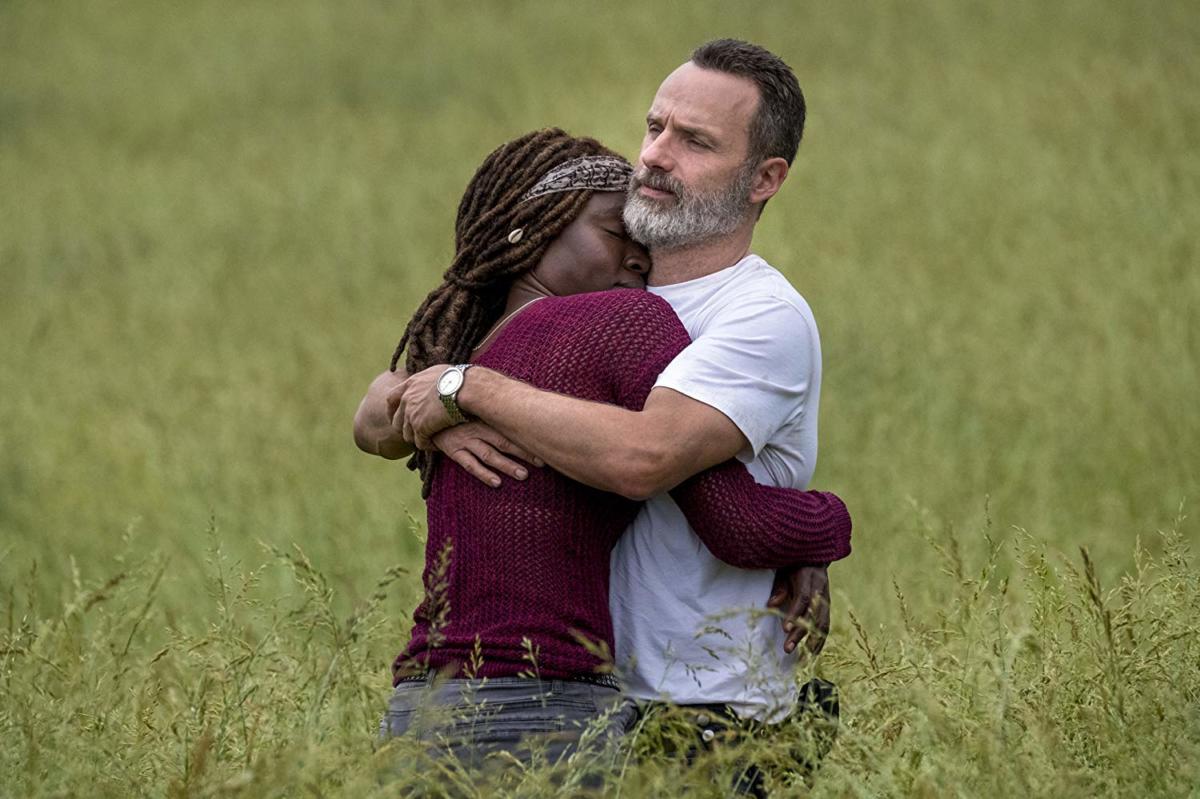 Sunday night saw the departure of Rick Grimes in AMC’s The Walking Dead, or at least the departure of the character in the television series. Advertised as Rick Grimes final episode, many expected the popular lead character portrayed by Andrew Lincoln to die, however some did remain sceptical considering AMC’s shady history of misleading content, and rightfully so.

Spoilers ahead for Season 9 Episode 5: What Comes After

So as many predicted, Rick did indeed survive his final episode unbeknownst to the other characters of the show. Rick was last seen unconscious, taken away in one of the helicopters that has been making trade deals with Jadis using the terminology A and B as a form of offering. This scene was immediately followed by a six year time skip showcasing a grown up Judith Grimes, sporting a katana, pistol and her older brother’s sheriff hat.

Immediately after the episode ended, former showrunner now turned chief content officer, Scott Gimple, revealed to The Hollywood Reporter that Rick Grimes would be returning in three new The Walking Dead television movies. All feature length, all with big budgets, and most importantly with Andrew Lincoln reprising the lead role. Gimple is currently writing the first of this trilogy with the intention of beginning production in 2019.

This announcement comes from many discussions between Gimple and Lincoln over the years, as Lincoln has expressed the toll filming The Walking Dead takes on his family life, having to live apart from his wife and two children located in the UK for nine months. Production for a general season of The Walking Dead takes nine months filming in Atlanta, whereas production for one of these films is expected to take only two. A completely understandable reason, Lincoln will be able to spend time with his family located in the UK under these new plans, and many fans expect that Rick will be taken to the UK as a means of explaining why he hasn’t returned to his fellow survivors in the 6 year time skip seen at the end of last night’s episode.

Currently, Pollyanna McIntosh, who plays Jadis, is also set to star in these films, however Gimple has noted that older characters could potentially return. With Rick’s departure from the series, it should be noted that whatever story lies ahead for the character will be completely new territory as the Rick Grimes of Robert Kirkman’s comic series is very much alive with the rest of the crew. It will be extremely interesting to see what direction The Walking Dead films and series decide to take.

What do you think of this news, are you glad Rick is still alive? Annoyed that he won’t be connected to the comic storylines? Personally I don’t like Scott Gimple’s writing, I think he’s the reason for the downfall of the show, so I’m cautious on how he goes about these films, but I will give him a chance. Writing a film is a completely different ball-game to writing an episode.