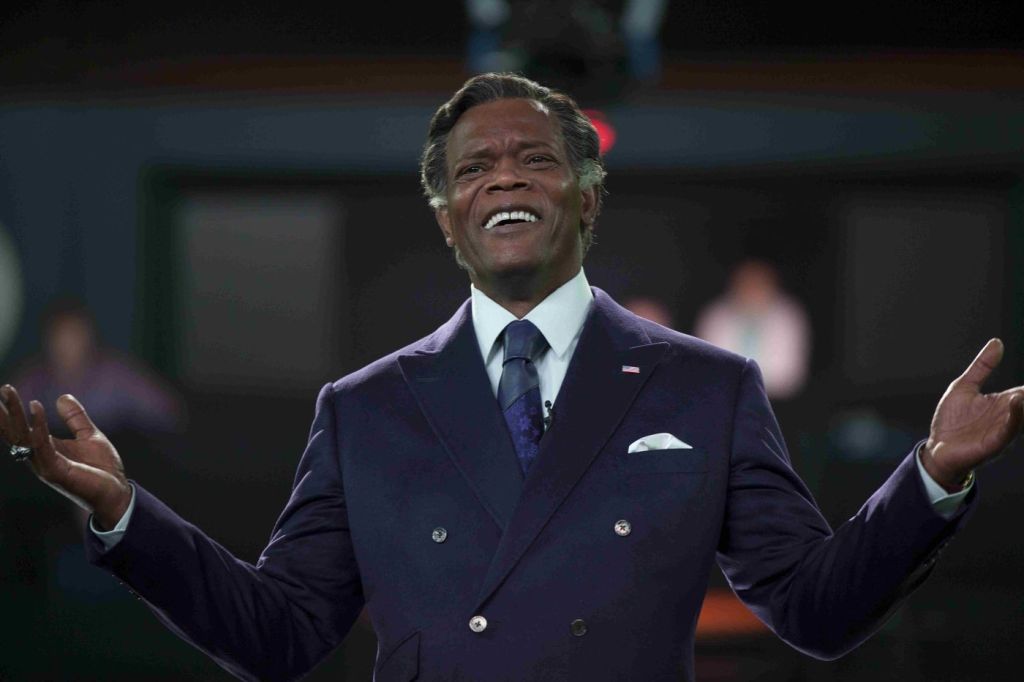 Mace in a happy place

I’m a long time fan of crossovers. It all started back when I would excitedly awake early on a Saturday morning to watch the Scooby Doo movies originally broadcast in the seventies. These veritable time capsules of seventies magic featured high profile guest stars both real and fictional such as Batman and Robin, Cass Elliot and Sonny & Cher (My favourites were the ones with the Harlem Globetrotters). We can all also agree the 90’s was a great time for cartoons and not a day goes by that Fox Kids is not missed (Fuck you ‘Jetix’, fuck you even more Disney XD). Back to my original point though, I am a sucker for crossovers. Hell, I even loved those Lilo & Stich episodes that featured the likes of other Disney Channel stalwarts such as Recess, Kim Possible and American Dragon.

So imagine my delight when I first saw the trailer for the recently released ‘RoboCop’ film. A Star Wars/Batman/Harry Potter/Watchmen crossover! It looked set to beat Batman vs. Superman to the punch by possibly being the greatest, nerdiest, wet dream worthy crossover of all time. However when I went to watch it and as the story unfolded I became more than a little confused as to what kind of crossover this was…

The film begins with Samuel L. Jackson as Mace Windu in this futuristic television studio. Except he didn’t really look like Mace Windu because for starters he was in a suit but even more worryingly he had hair, and he kept referring to himself as Pat Novak for some reason. At least he was being angry like Mace I told myself, but even that was wrong. Instead of being angry by skirting dangerously close to the dark side of the force in order to invent/master the most powerful style of lightsaber combat (known as Vaapad) like in Star Wars he was more angry in the self parodying his perceived image way like in Snakes on a Plane, and who wants that crossover?

I held back my reservations though because Gary Oldman soon appeared. It was exciting because you didn’t know what franchise he was going to bring to the crossover table: was he going to be Sirius Black from the Harry Potter series or Commissioner Gordon from the Dark Knight trilogy? It was like a game of crossover Russian roulette. It was kind of hard to tell who he was because everyone kept calling him Dr. Dennett Norton.  I figured that he was Gordon because Gordon was more likely to become a doctor and he looked more like Gordon and he was the same kind of ‘Good guy trying to do right in a bad town’ that Gordon was. But then again sometimes people thought he was bad, just like Sirius…

It turns out that before Anakin built him in the Phantom Menace, C-3P0 was actually a gruff maverick cop who got blown up by a car bomb for trying to expose a pair of dirty cops in his precinct. Another thing we didn’t know about C-3P0: before entering his both emotionally and sexually heated civil partnership with R2-D2 he was straight and had a human family of his own. We first see 3-P0’s family right before he gets blown up, he comes home and kisses his son on the head four times in the space of about a minute and it made me think ‘Wow, either C-3P0 has a worrying hair fetish or he really loves his son.’ After he puts his son to bed by stroking him in an unsettlingly tender way (which would usually be reserved for a significant other or a dog you really like) C-3P0 almost has sex with his wife for no apparent reason, however he puts it on pause to go out and stop his car alarm from going off because he says it will wake up his son. ‘Aw, I really like this origins version of C-3P0’ I thought ‘with all the strange stroking and obsessive head kissing and almost having sex I can I tell he really loves his family, I really hope nothing bad happens to him’. Then he got blown up.

Meanwhile, the Batman that’s not Christian Bale or George Clooney or Val Kilmer or Adam West but is actually Beetlejuice, reveals that Wayne Enterprises wants to meld man and machine to create RoboCop to make lots of money or something equally evil like that. So they get Gary Oldman/Sirius Black/Commissioner Gordon to turn C-3P0 into a robot. Then there’s a cool bit where 3P0 kills lots of other 3P0s without the human bits as some sort of test and Rorschach from Watchmen is there too and Hocus Pocus by Focus is playing.

Even though this film is called RoboCop (C-3P0) it really relies on Gary Oldman/Sirius Black/Commissioner Gordon/Count Dracula/George Smiley/The baddy in Léon: The Professional/The baddy in The Book of Eli to carry it. As it’s kind of hard to really identify with C-3P0 as for a lot of the time you can only see his lips, and although they are very nice lips, a good pair of lips is not enough to carry a film by itself. Just look at Megan Fox in Transformers 2.