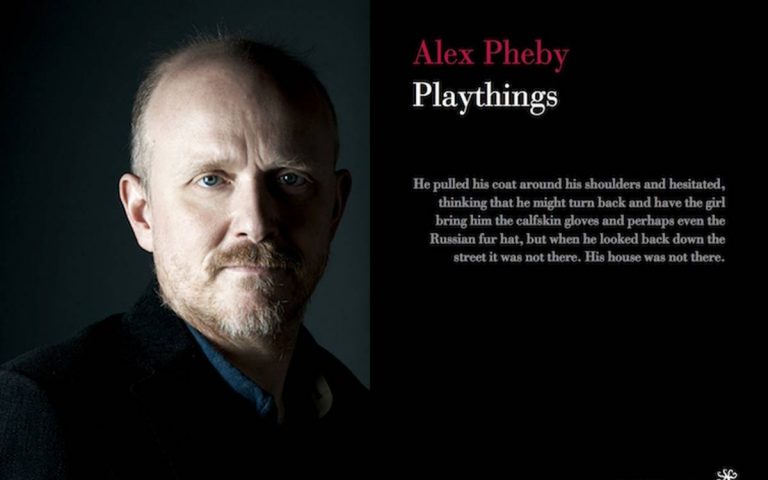 Playthings – the second novel by Alex Pheby – focuses on a man who cannot go home. A paranoid man who is disgraced from the former upper-class lifestyle that he knew, from a respected man in society to being held against his will, all under the fake promise of recovery.

Playthings knows that one of its strongest factors is the benefit of paranoia within its main character, one it can run with. Paranoia in the sense that things don’t make sense, people who some don’t see but others do, and questions about how much a family can wait for a loved one.

The novel reads like a cross between a Victorian text and a modern-day thriller. The language and writing style reads as old fashioned, never leaping off the page, and sometimes almost cliché with the metaphors it draws – and one has to be reminded that it was released only this year, not two centuries ago.  The feature of paranoia – especially as it kicks in deep into the novel once Paul Schreber is truly trapped in the abyss.

It also has a Freudian feel to it. Somewhat rooted in psychology, particularly with the mental health treatments and how Schreber’s paranoia is treated. Ultimately though, between the worn out paranoia being the only interesting factor across 200 odd pages and overly long-winded prose, if I was sat down on a chaise-longue with an expensive professional opposite me, asking me how I felt about the text, I’d say nothing. None of the characters felt particularly compelling, all the tensions seemed slack, minus the conflict between Schreber and his family. At times I even stopped caring about the paranoia and the mysterious hospital that Schreber was staying in because it was too drawn out, any part of intrigue was lost in overwritten prose that made me question the purpose of exclamation marks when they are used so frequently, attached to uninteresting sentences like a last ditched attempt.

That isn’t to say Playthings doesn’t work at all, it’s just to say that it doesn’t work for me. Other releases by Galley Beggar Press have been contemporary greats, so something that deals with psychological issues in the past did not agree with me. Though, if your interest lies in the past with deep rooted issues, and you find modern writing too minimalistic, this novel may interest you.