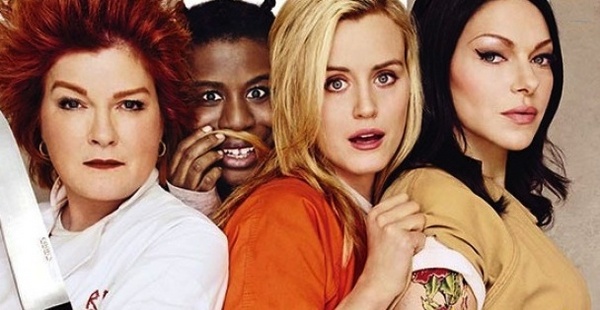 The most significant difference between television and film is the amount of time afforded for characters to develop and change over the course of a series. Although some films achieve this, it’s rare that audiences can feel that same emotional attachment over the course of 120 minutes.

By the time that AMC’s Breaking Bad concluded last year, I still found myself sympathising with Walter White after five years, in spite of his complete transformation into a murderous drug-lord. You only have to watch the first episode and most recent episode of Game of Thrones to witness the contrast in Jaime Lannister’s character, and by the time Lost concluded a few years ago, I cared more for the survivors than any of the mysterious mythology that infatuated viewers to begin with. A lot more grounded in reality than any of these shows, this is where Orange is the New Black comes up trumps. 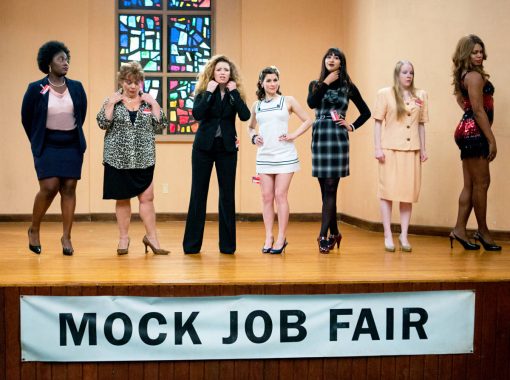 The second season of Orange builds fantastically on the lives of those at Litchfield Penitentiary, where Piper Chapman is serving 15 months for crimes committed 10 years prior to the events of the series. The opening ten minutes of the first episode ‘Thirsty Bird’ (Jodie Foster returns to direct) are laced with tension and uneasiness as Piper finds herself covertly transported to another prison, facing the consequences for her actions in last season’s finale. Meanwhile, ex-cook Red adapts to life outside the kitchen, and the time bomb pregnancy of John and Dayanara takes more unexpected twists.

The plot thickens as full scale contraband becomes more evident, culminating in some harsh and somewhat drastic measures by the guards in ‘Little Mustachioed Shit’. Racism and segregation play a large role too, as the black inmates face off against the Hispanics.

One of the main strengths of Orange is the constant engagement between characters, meaning new storylines are forged in every episode, which simply wouldn’t be possible in most other shows on television. The show serves up a lot of the same formula that launched its success to begin with (bitchiness, bickering and believable characters are all evident here), however, this all works, and the mixing bowl of these techniques is frequently visited throughout this season.

Indeed, the most significant change between the two seasons is the switch in focus from Piper – who can sometimes just be a bit too Piper – to some of the stronger characters that the show has to offer, such as Taystee and Big Boo. The introduction of power hungry Vee is a welcome addition to the inmates, and her fiery history with Red is more than reignited as the show progresses. Emotive character back stories of the likes of Morello and Crazy Eyes are what makes the show so appealing, and it’s this focus on personality and individuality in the confines of prison that gives the show a relatable (and almost sentimental) enjoyment, perhaps where similar shows like Prison Break have previously missed the mark.

As well as this, minor characters such as Rosa and Sister Ingalls enjoy a more prominent role, and the writers step further outside the box by experimenting with the relationships between the guards in the prison. It’s a chilling highlight that Mendez returns too, with his cold-hearted attitude and downright dickish demeanour further contributing to the array of personalities on show at Litchfield. For all of this, it’s a shame that one of the strongest characters from the first season in Alex Vausse is only afforded recurring status, although the events leading to the season finale suggest she may have a more prominent role next time round.

The fact that Orange is the New Black can approach and fuse the subject matters of prison, sexuality and infidelity with such mastery, as well as illustrating a vast range of emotions in life and death, only reiterates how special this show is. Orange delivers on more than one level. Be it the raw and poignant back stories or the sharp wit and quick humour, Season 2 is consistently excellent in every way, simultaneously tying up existing plotlines and providing an agonising sense of hunger for closure next season.

In its first week on Netflix last year, Orange is the New Black pulled more viewers than the service’s two other original series; House of Cards (a show with Hollywood star Kevin Spacey as the lead actor) and Arrested Development (a popular, well-established show returning from hiatus). Netflix has well and truly hit the mark with Orange, a show that not only exceeds expectations, but delivers clever, gripping storylines in a claustrophobic setting. You could be forgiven for thinking a prison based drama would have the plot running thin by now. This is not the case. So much so that the show was renewed for a further third season a whole month before the broadcast date of the second.

The future’s bright. The future really is orange.