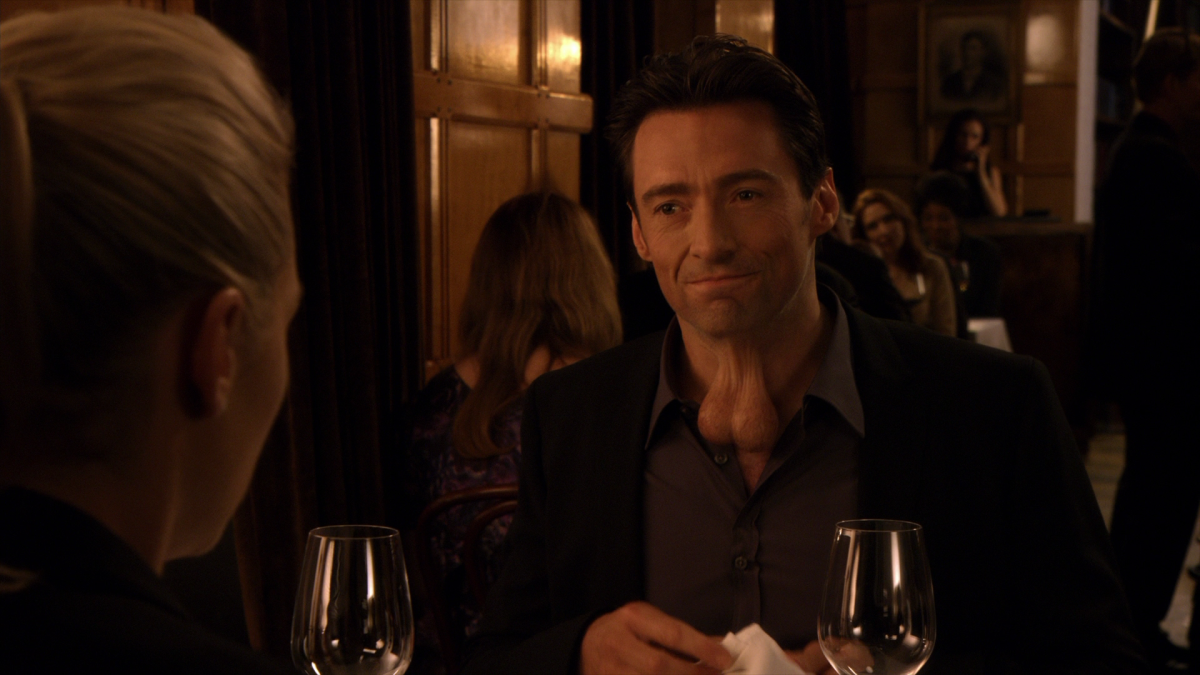 I thought Hugh only had one Golden Globe?

Nowadays there is a lot to be said for a film that is ‘important’. When the marketing machine for any film begins to gear into action as it’s release date draws near, if it can, it will attempt to adorn the product with the “This is an important movie” moniker. Generating a sort of ethos that seeing this film is not just your run of the mill multiplex outing where one pays an extraordinary amount of money to be surrounded by strangers who loudly rustle their sweet packets and brazenly chew their popcorn and incessantly fill the air with their vacuous chatter and viciously kick your chair as if their sole purpose on Earth is to completely ruin your cinema going experience. No no no, it’s much more than that.

Letting this film make its way through your eyeballs and into your brain is a soul enriching, life defining occurrence, you will exit the cinema feels cleansed, enlightened, with an otherworldly glow about you. I’m talking about films that are eaten up by the likes of The Guardian and Rolling Stone but most voraciously of all, by us – pseudo intellectual middle class wankers. I’m talking about films that sweep the Oscars board like 12 Years A Slave, Gravity and Dallas Buyers Club and going back further, films like The King’s Speech, Philadelphia and Erin Brockovich. These are all films that are based on true stories or that examine social injustice or prejudice of some kind, films that offer up easily palatable, digestible and agreeable messages of determination and empowerment and acceptance, films that make us feel like better human beings for having watched them.

Movie 43, is definitely not one of these films.

Out of the many questions I asked my self during this film which ranged from pondering the nature of our very existence (Movie 43 took me to a disorientating and existential place) to wondering how on Earth they got Richard Gere to be in this? The one that kept popping up the most was “How the fuck did this thing get made?” Admittedly its budget of six million dollars is small fry compared to the average film but think of all the more worthwhile endeavours someone could pursue with that amount of money? Literally anything would be more worthwhile, they could use it to finance a Blink 182 /Green Day collaborative album and the cultural impact would be infinitely more positive. Was the whole thing some kind of practical joke by a coked up studio executive? Was he due to be let go that week when he invested in this steaming mess of sin and offensiveness? This film so benignly pointless and unneeded, it’s like some kind of self perpetuating black hole devoid of any significance or good taste.

Movie 43 begins with what I believe Disney’s attempt at a 15 rated teen comedy would look like. Two friends Calvin and J.J. attempt to prank Calvin’s little brother Baxter (Whose cheeks are so irritatingly big he is no doubt part hamster) by asking him to help J.J. find the supposedly fictitious “most dangerous film in the world” ‘Movie 43’ whilst Calvin goes on various porn sites on Baxter’s laptop in order to infect it with viruses. The subsequent search for Movie 43 and the videos they find as they go along act as the framing device for the comedy sketches that make up the movie. The acting in this overarching segment is so weak and the storyline so ridiculous that it effectively ruins the entire film, not to say that without this hindrance Movie 43 would suddenly become Citizen Cane, but the sheer awfulness that you keep being brought back and subjected to throughout the film serves to pull you out of the twisted and despicable delight that some of the sketches do actually bring. For some reason the framing device differs in the U.S, they were treated to the poor man’s Harrison Ford – Dennis Quaid as a crazy writer, pitching all the various sketches to Greg Kinnear’s film executive. That sounds much better! It has 100% more Dennis Quaid, and seems like it would fit in much better with Movie 43’s ‘Big stars do dumb shit’ aesthetic.

I want to make it perfectly clear that I do not endorse Movie 43 in any way, shape or form. But I have to admit that there is something gruesomely funny about it, I found myself laughing at almost every sketch despite myself. The whole thing was kind of like a car crash, it was just so horrible but I couldn’t look away. Where else can you see “the best English-speaking film actress of her generation” and Academy Award Winner Kate Winslet go on a blind date with Tony Award winner and Academy Award nominee Hugh Jackman where the only joke is the fact that Jackman, the most charismatic man alive, has a set of hairy testicles dangling from his neck? That’s right, the only joke in a seven minute segment, but there’s just something about it that works, it’s brilliantly stupid. The sketch where Liev Schreiber and Naomi Watts home school their son and give him the full high school experience by throwing parties at their own home that he’s not invited to and duct taping him to a lamp post and writing ‘Freshmen Suck’ on his chest in excrement is out and out hilarious.

The steady populous of A-listers is what saves this movie, well, as much as it can be saved. Whether it’s Uma Thurman’s Lois Lane detailing Superman’s “shotgun blast jizz”, Gerard Butler’s foul mouthed leprechaun threatening Johnny Knoxville and Sean William Scott that they’re about to have their “dick holes stretched over a fucking fire hydrant” or Halle Berry, amidst an epic game of truth or dare with Stephen Merchant, blowing out the candles on a blind child’s Birthday cake, making guacamole with her right breast and then goading Merchant’s character into getting a penis ejaculating into his mouth tattooed on his cheek and plastic surgery that makes him look like an Asian man with giant teeth. Movie 43 so unashamedly pursues its goal of being outrageously filthy and disgusting that you kind of just sit back and get embroiled in the crass, cheap, vulgar muck of it all.

Once again, I in no way endorse Movie 43 but I can’t say I didn’t, for want of a better word, enjoy it. And it does beg the question, without shit like this, would the ‘important’ movies still be as important?

You can catch Movie 43 on Netflix right now.