Why I’m Worried For Returnal On PS5 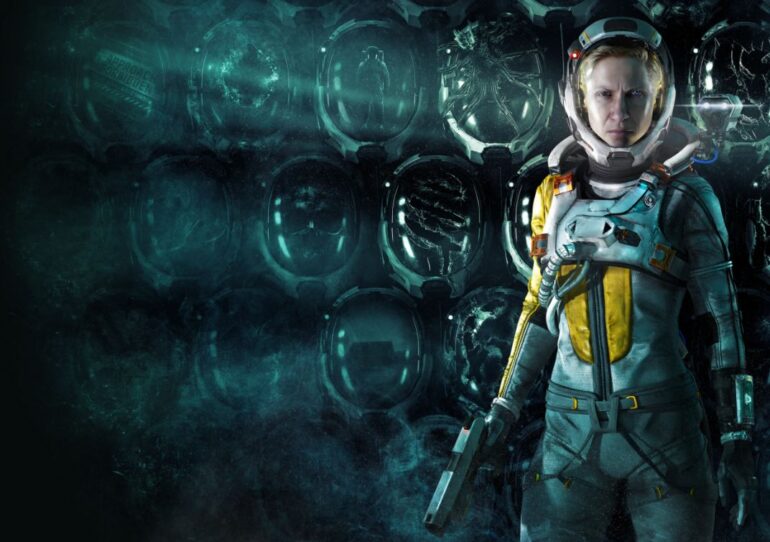 In amidst all of the returning franchises and shiny open worlds that will no doubt go down in PlayStation history over the next few years, one PS5 game has stood out to me above all the rest, though I worry I might be in the minority — and by some distance, too.

Returnal, a sci-fi game from the arcade maestros at Housemarque, is due to release this March exclusively on PS5, and it ticks pretty much every single one of my personal boxes.

You will play as Selene, an Astra space scout who finds themselves trapped on an alien planet in an endless loop in which they die again and again while searching for a way off the strange world. Basically a 3D roguelike (inject it), Returnal looks like a step up in scale for Housemarque from their previous efforts, which were almost universally top-down or side-scrolling shooters. In Returnal, the camera has been wedged over the shoulder of Selene (a bit of a PlayStation Studios calling card at this point) and the presentation in general is far more cinematic than the likes of Nex Machina and Resogun, which had much more of an indie feel. It also appears as if it’s their first game that will put as much as an emphasis on characters and story as it does action, along with an “unconventional” main character who I am excited to discover more about. I can’t think of many games where you play as a middle-aged female astronaut with heterochromia, can you?

Returnal will also make good use of all the PS5’s most innovative features, such as 3D audio (I can sense the synthwave already), haptic feedback, and, perhaps most excitingly of all, adaptive triggers. Depending on how much you press down on the triggers, you will be able to choose alternate fire modes for your weapons or ADS, which may take some getting used to but will likely become second nature after a few waves of wading through the bullet hells.

All of this makes Returnal sound like a game pretty much custom-bred in a laboratory just for me, like someone over at Sony has been syringing out bits of my brain while I sleep and then leaving them in a petri dish to see what weirdness grows. So, why am I worried about it? Well, the price.

Coming in at a rather meaty £69.99/$69.99 (currency conversion was another casualty of 2020, apparently), Returnal will be the priciest Housemarque to date by almost double what we’ve come to expect from them. The likes of Dead Nation and Helldivers and Alienation cost a fraction of Returnal’s asking price, which is the same as Sony’s other first-party AAA PS5 games to date, themselves a tad overpriced for no reason other than the fact that they can be.

Rising production costs being the cause doesn’t really tally with me when even Returnal now has a Digital Deluxe Edition for an extra £10 with potentially game-breaking items, which includes new weapons, consumables, and boosters. The Digital Deluxe isn’t really pay-to-win as Returnal is single-player, more like pay-more-to-make-the-game-easier-for-you-early-on (very catchy), but it’s always been bizarre to me how this is fine for most people when microtransactions absolutely aren’t. They’re not as bad, but they’re still bad.

As a weak man, I will likely end up buying Returnal for £70, though I worry about how many other people will follow suit. All of Housemarque’s games to date have been more niche than the average release, cult hits that don’t typically venture into the mainstream. It’s for this reason that Housemarque actually turned their back on arcade games a couple of years ago, leading to them announcing Stormdivers, a battle royale that’s been put on hold so they can focus on Returnal and continuing their relationship with Sony. If arcade apparently doesn’t sell and Returnal looks very much like a AAA arcade game, slapping a higher price on it is hardly going to help its prospects.

Sony could help justify the price a lot better by promoting the game better — if at all. Considering that it’s releasing just over two months away from this time of writing, the marketing cycle doesn’t feel like it’s kicked off whatsoever for Returnal. Apart from two trailers and a PlayStation Blog post, we’ve probably not seen enough of Returnal to sway the neutral, the audience the game needs to really go for to be a success. While Sony had a pretty blasé approach to promoting Ghost of Tsushima right up until just before release, I don’t think the same approach will work for Returnal. It’s a game that needs to properly be pitched to people for its price to make sense, whereas Tsushima (open world samurai game with pettable foxes, I will take twelve) kind of sells itself.

Of course, a game is only worth as much as someone is willing to pay for it — some lunatics think a sealed copy of Super Mario Bros. is worth $114,000, after all. I just hope that enough people think Returnal is worth $69.99 for us to see more games like it on PS5 going forward.

READ NEXT: The Best PS5 Accessories You Can Buy Right Now