Resort Boss: Golf tees off well, but by the time it gets to the green it’s a little under-par. 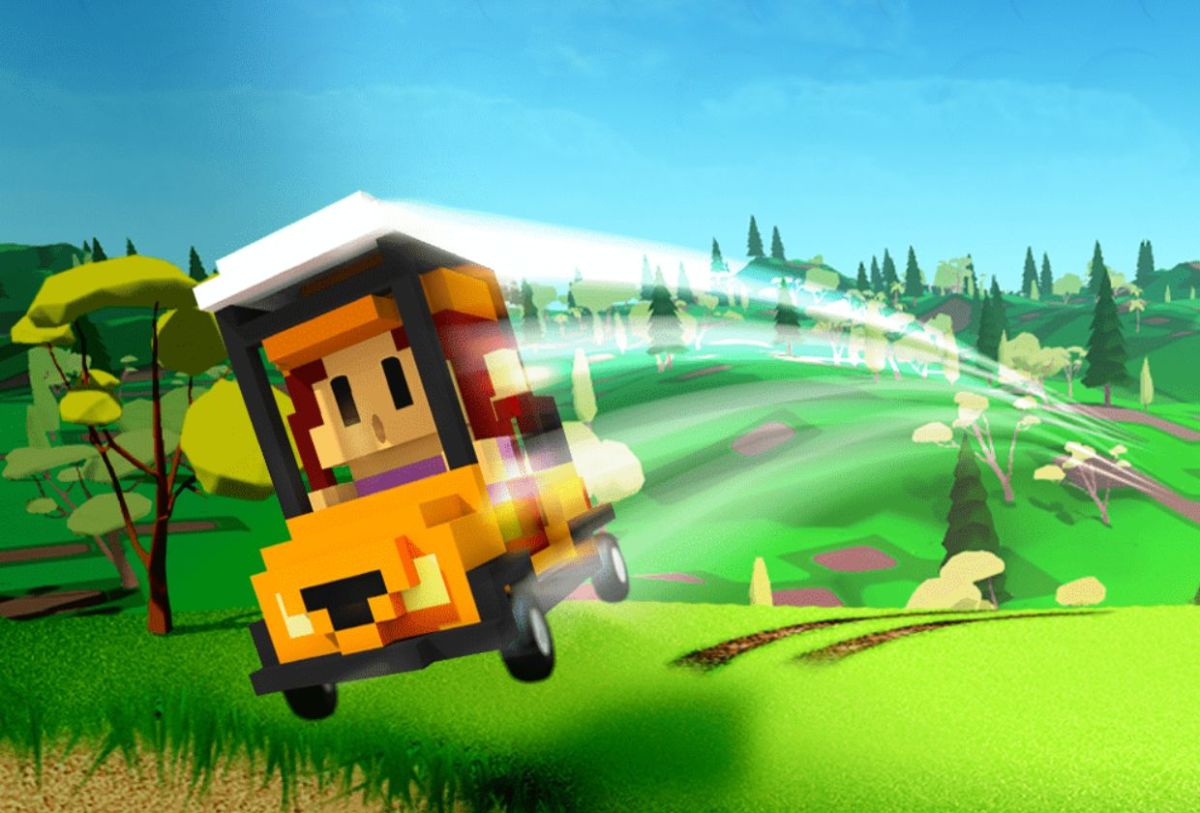 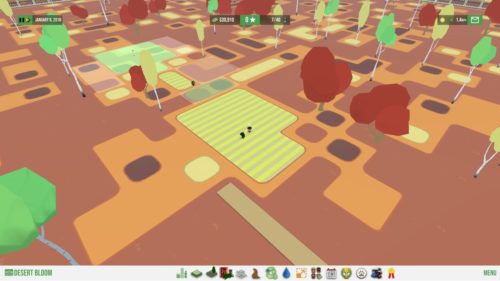 There are many 90s games that, while they didn’t become huge hits, went on to become grand cult classics. Some great PC titles from this era have gained cult status over the years, including the likes of American McGee’s Alice, Blade Runner and I Have No Mouth and I Must Scream. Others, while great games, seem to get forgotten. One of those games is the fantastic Sid Meier’s SimGolf.

SimGolf was released nearly 20 years ago now to critical acclaim, yet despite this praise, you seldom hear about it. That being said, there is a small, yet vocal group of fans who would love to see a follow up — hell, even a release onto a PC storefront would do. Sadly, this game, much like other PC titles with early versions of DRM, are rendered unplayable by that same DRM, so SimGolf is pretty much unavailable in 2019. 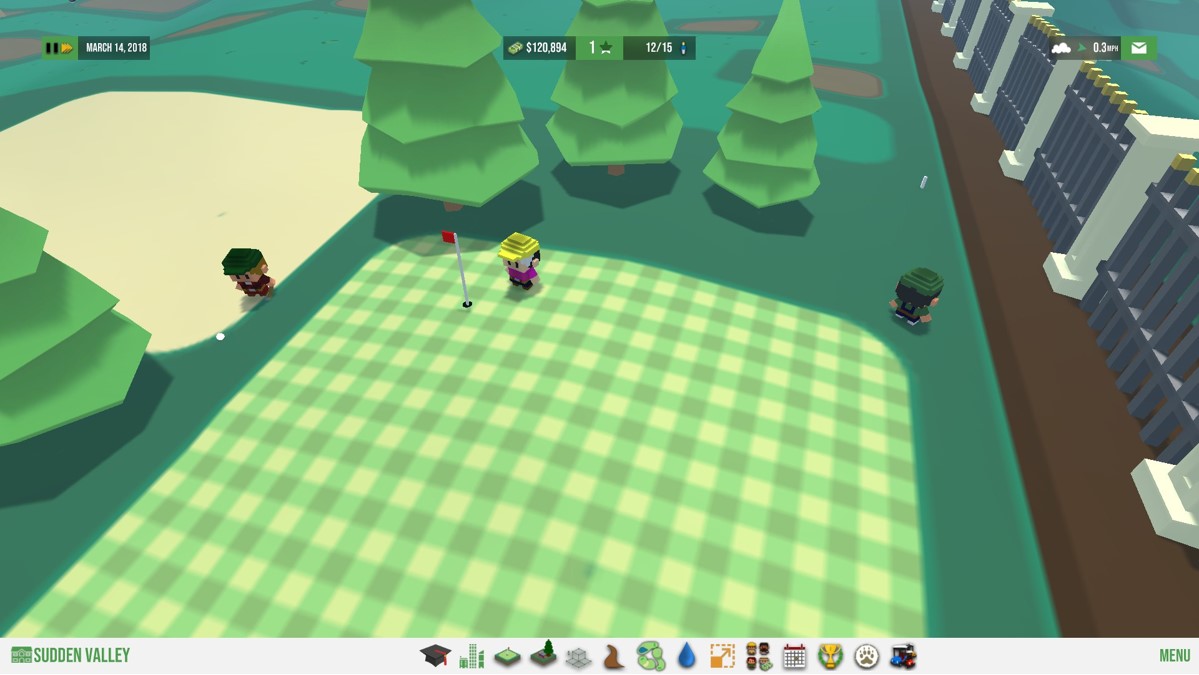 There’s a lot to love in Resort Boss: Golf, namely its ‘course maker’. One of the key aspects of SimGolf was crafting challenging yet possible courses for those pesky Sims to take on, and SimGolf totally nailed the design for it. Resort Boss: Golf also manages to nail down this aspect of the game, not quite as smoothly but nonetheless it’s very fun indeed.

Resort Boss: Golf does also feature the ability to play the hole that you’ve built. Much like SimGolf, your predicted shot follows a white, arching line along the course. There are various clubs to select from and also a power/accuracy meter that needs to be stopped at the right moment to get your swing just right. 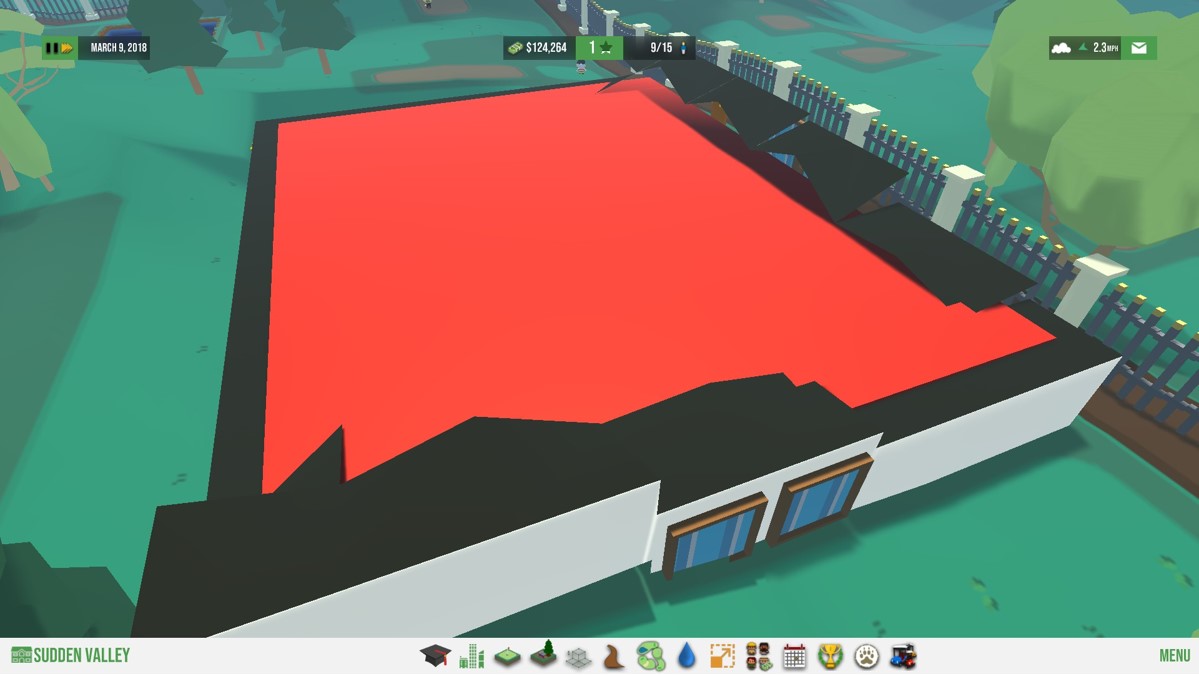 Playing your own course is one of the highlights of Resort Boss: Golf. This mode is basic, but no less fun for being so. In fact, the reason that it’s so simplistic makes it easy to pick up and much more enjoyable, similar in style to the golfing mechanic in Golf Story.

Resort Boss: Golf’s grid-based tile building system is similar to the likes of Roller Coaster Tycoon, Zoo Tycoon et al. This makes getting the hang of the the building mechanics rather easy. Much like the course editor, ponds, paths and other features are laid along this grid, while other objects, such as trees, can be placed freestyle, similarly to Parkitect. 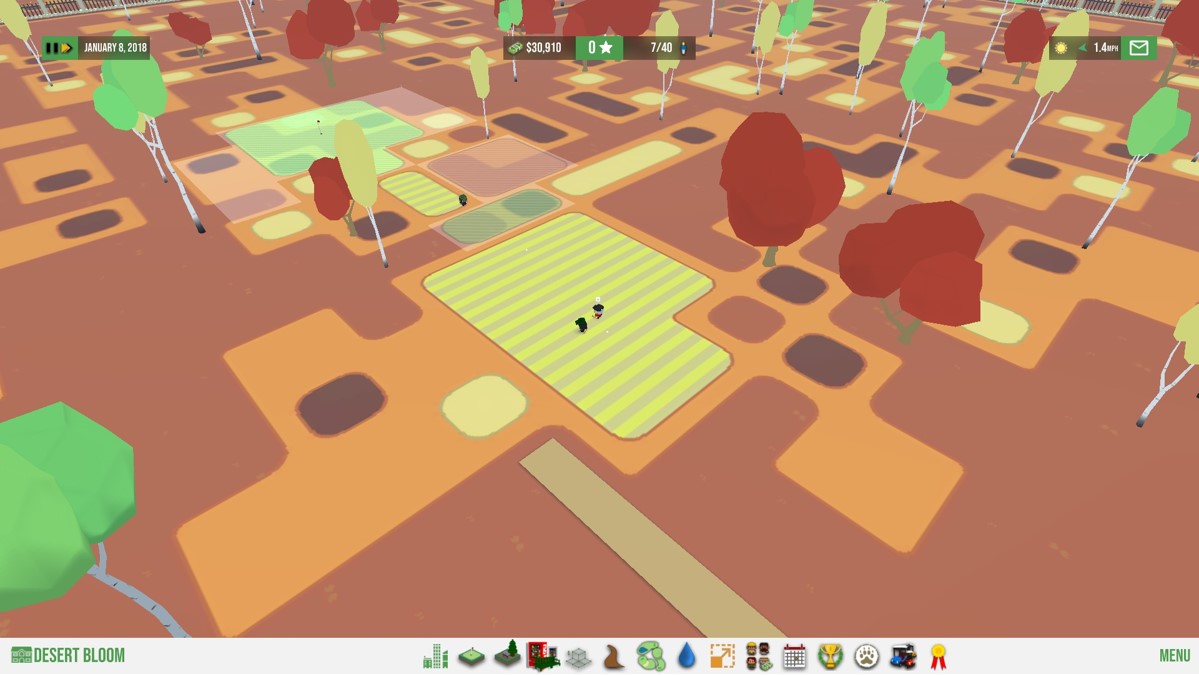 The problem is, the tiles representing floor on the grid feel very unnatural. The ground sometimes seems to undulate in a strange fashion — there’s no natural progression from flat, to hill to valley. All the ground is connected seamlessly, but at times it looks a bit bizarre.

Graphics wise, Resort Boss: Golf is very basic, and while this isn’t normally a bad thing, I would have liked to see more detail in objects and buildings. The colours also don’t look as sharp as expected, with textures sometimes looking a little muddy during play. Resort Boss: Golf commits the cardinal sin of not looking as good as the screenshots. 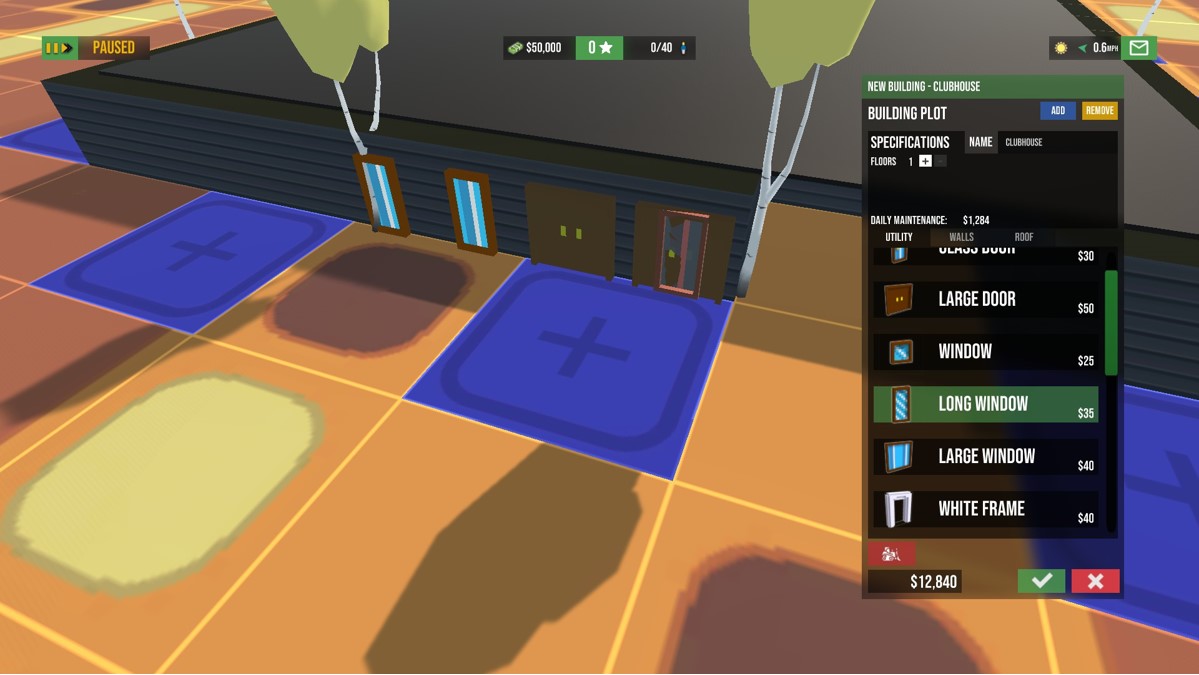 Building placement is a weird one. For a start, buildings look like solid squares with doors and windows tacked on, but I can look past this. Screenshots show these wonderfully designed two story clubhouses with pretty roofs. But what they don’t reveal is that buildings only look pretty when build upon totally flat land, and the game doesn’t flatten it for you. You have to spend money on landscaping yourself, money which you can ill-afford to spend that early in the game.

My clubhouse had to be built on varied terrain, which led to strange graphical glitches where the roof jutted out at strange angles. It looked hideous. The same thing goes for bulldozing. You need to manually clear an area before you build upon it, as the game doesn’t auto-bulldoze items in the way, a standard feature of most modern tycoon games. To make matters worse, instead of preventing you from building the structure at all, the game builds ‘around’ the items you wished to delete, meaning there’s now trees and rocks in the middle of my restaurant.

Resort Boss: Golf isn’t a bad game, but it does feel like a very incomplete one, and it should’ve stayed in Early Access for some while longer. It’s plagued with odd little glitches, strange design choices and unfinished features. The developer has set out a roadmap of changes to the game, so if you’re looking to purchase Resort Boss: Golf, perhaps think of it as still being an Early Access title.

Resort Boss: Golf has a lot of potential. At the moment, its good features are balanced by its negative ones, but I’m hopeful that developer Gus Martin can overcome these negative aspects and improve the game. At this moment in time, I cannot recommend Resort Boss: Golf as a finished game, only a game with great potential in the future.

Verdict
Resort Boss: Golf tees off well, but by the time it gets to the green it’s a little under-par.
5.5