A simple, reliable-sounding setup ends up floundering and gasping for breath. 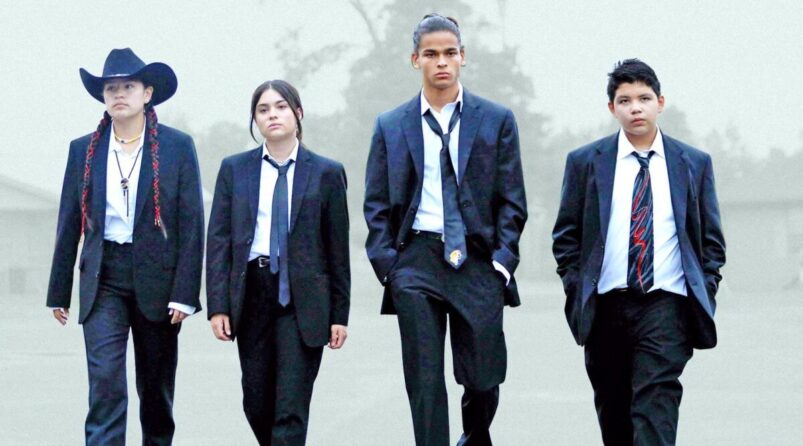 The main place of poor Okies in American media has always been to try and get the hell out of the panhandle state and run off to California, by any means necessary – and the Reservation Dogs are no exception. Or, at least, shouldn’t have been.

We start on a note of our protagonists, the Reservation Dogs of the title, scrimping and scraping to save enough money to leave – yet this plot is practically forgotten about merely twenty minutes in. And then, the main characters all seem to wander off into individual plotlines of their own. So we’re left with a show that seems desperately, helplessly unsure of itself. It picks up a variety of different stories to try them out, but is unwilling to truly commit to any of them.

Fundamentally, Reservation Dogs does not know what it wants to be. Oh, it’s sure it’s about a group of Native kids living in Oklahoma, but that’s a starting point, not, as the show seems to think, sufficient plot in and of itself to sustain eight half-hours. Most episodes flounder around somewhere in the vicinity of what’s happening this week, then just sort of end, on no sort of a climax.

And this confusion permeates the whole thing. The main characters are somewhere in their mid-teens, so it’s appropriate they’d both want to strike out on their own while also acting like kids – but the show just layers these two strands on top of each other, without ever managing to make anything of the juxtaposition. One episode invokes the horrors of the plague of crystal meth in the American South – only to then remind us that’s already been thoroughly undercut by the presence of a chummy group of background meth-heads.

When it finally does pick up its larger running plotlines, the ones which are obviously the centrepiece of the whole affair, it’s so abrupt it may actually take you by surprise – and not in a good way. Having frittered away much of its runtime on stuff that’s ultimately irrelevant, it now has to try and get its largest wheels spinning having not prepared the ground at all. So when it springs them on you, it’s doing so with painful effort, to the point you may actually feel second-hand embarrassment.

Probably the main issue, and it’s another one of confused identity, is that Reservation Dogs is billed as a comedy. (Given that co-writer and producer Taika Waititi was the man behind the reliably funny What We Do In The Shadows, you wonder exactly how involved he was with this.) Like Letterkenny, or My Name Is Earl, or Trailer Park Boys, it’s set in a sleepy area too rural to really be post-industrial – but clearly lacks those shows’ whip-smart wit.

One aspect particularly reminiscent of Letterkenny (another show, incidentally, with strong Native representation before and behind the camera), is Reservation Dogs’ frequent, excessively casual use of profanity – but, again, there it was being deployed with some skill. Here it’s like they’re trying to fill a quota to be rated TV-MA. Coming from the kids, it makes sense – children are like that – but coming from seemingly every person on screen, you begin to notice that the writers only really have the one voice between them.

(I have no moral issue with calling a child a ‘shitass’, but don’t expect me to think it’s funny enough to stop what I’m doing. Especially not the twentieth time it happens.)

The main source of yuks is, far and away, any and every adult authority figure present acting in deeply irresponsible ways. Of these, the strongest has to be Zahn McClarnon’s amiable local cop, split down the middle between being a reasonable authority figure and indulging his flights of conspiratorial fancy. Like how you shouldn’t drink cola, because it’s full of sugar, “the white man’s bullets”, and will give you Diabetes – instead, you should drink energy drinks, which are “made of energy”.

The issue there, though, is that these are not the main characters. They’re meant to be b-material, not doing the heavy lifting. And our protagonists are meant to be doing a bit more than just reacting to the older actors. One thinks of the Harry Potter flicks, where the child protagonists – for better or for worse – were actually firmly in the driver’s seat, leaving the adult actors (all longtooth veterans of stage and screen) to switch down a gear and try to out-ham each other.

Most of the time, far more than a comedy, Reservation Dogs better resembles a straight drama set in one of the rustier parts of America. There is the occasional chuckle – but then you could say the same of a lot of straight dramas. Moment to moment, you never get a sense that it’s building towards a punchline. What comedy it has is not really borne of character or circumstance, it’s a matter of moments where ‘hey, they’re doing something silly!’ – which are left to try and stand on their own. Again, this could all translate very easily to a more bleak, realistic piece, and for all intents and purposes it has.

Unfortunately, it’s not all that much better at being a straight drama. One episode, complete with ‘this contains scenes some viewers may find disturbing’ preamble, drops in two big reveals in a manner so perfunctory that it will by nature take you out of the moment – one through exposition, one through a flashback, neither granted the weight they should have had.

While it’s never much good at deploying climactic moments like that, some of its broader plotlines are at least passable. Gentler material like the kids learning to get along with the adults – warts and all – can, at least, pluck on a heartstring. But you’ll notice, again, that we’ve wandered pretty far from being a comedy, unless you’re defining it in the Renaissance sense of ‘anything with a happy ending’.

Even this more emotional stuff is really nothing special, though. It can at least stay on-message, unlike any of Reservation Dogs’ attempts at humour, but it’s paint-by-numbers stuff at best, barely dipping its toes into the wider waters of the fullness of human experience. The cast – many of whom are unknowns – are, to their credit, doing outsize work with pretty flimsy material.

If forced to define what exactly it is – because comedy it ain’t – you’d have to call it a slice-of-life affair. Having a central cast of kids (or, rather, the usual Hollywood standby of short twenty-somethings playing kids) tooling rather aimlessly around their grim one-horse town in a coming-of-age fashion is obviously harking after a string of classics – Stand By Me, season 4 of The Wire, Stranger Things – but ones, crucially, which had some real substance to what was going on.

Now, let this not be a condemnation of Reservation Dogs for not including CGI monsters. You can have comedies which are very deliberately about doing nothing – but Reservation Dogs isn’t that, either. Each episode definitely has them doing something, which may in and of itself be telling. It never has the confidence to simply have its main characters sit back together and shoot the shit. Again, I have to point to Letterkenny, which is frequently at its strongest doing nothing.

Even to have its main characters in the same room often seems to be beyond Reservation Dogs. Any show like this will fly or fall based on the chemistry of its main group – but here, usually they’re not even one group. 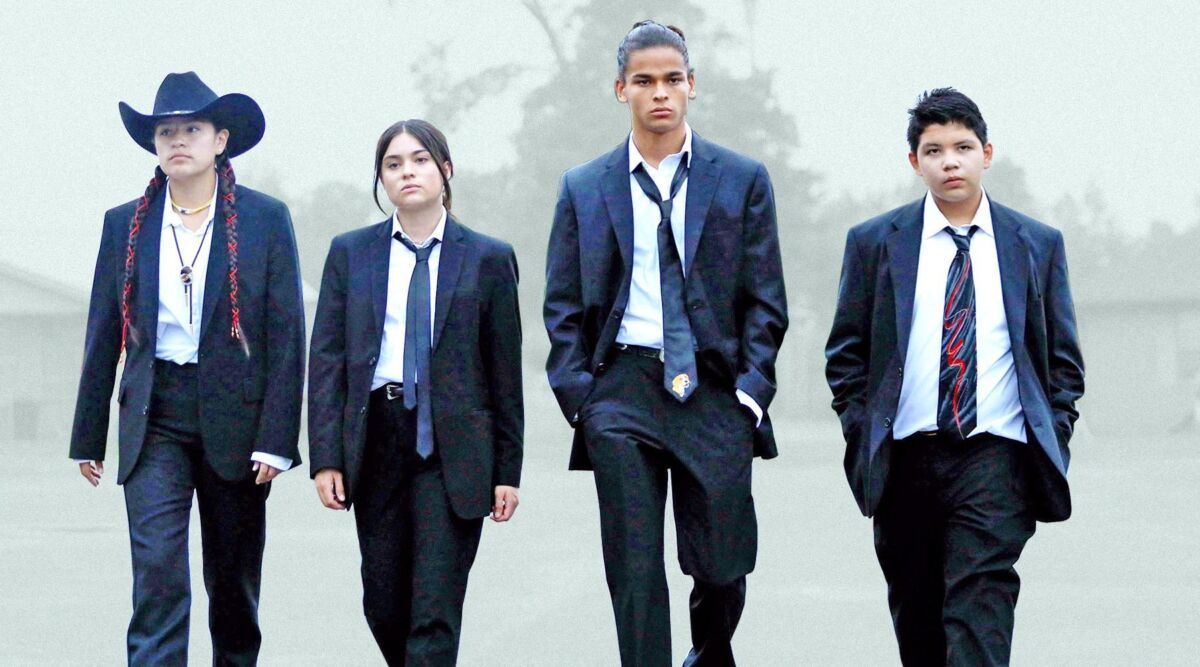 Verdict
At best, disappointing. Anything you feel for the disenfranchised main gang will probably be scrubbed out when you expect their stories to actually have some sort of payoff - and the laughs are too infrequent to make up for that.
5
Cultured Vultures is a pop culture website established in 2013 covering all things gaming, movies, and more. We eat your words.
All The News On Your Favourite Games