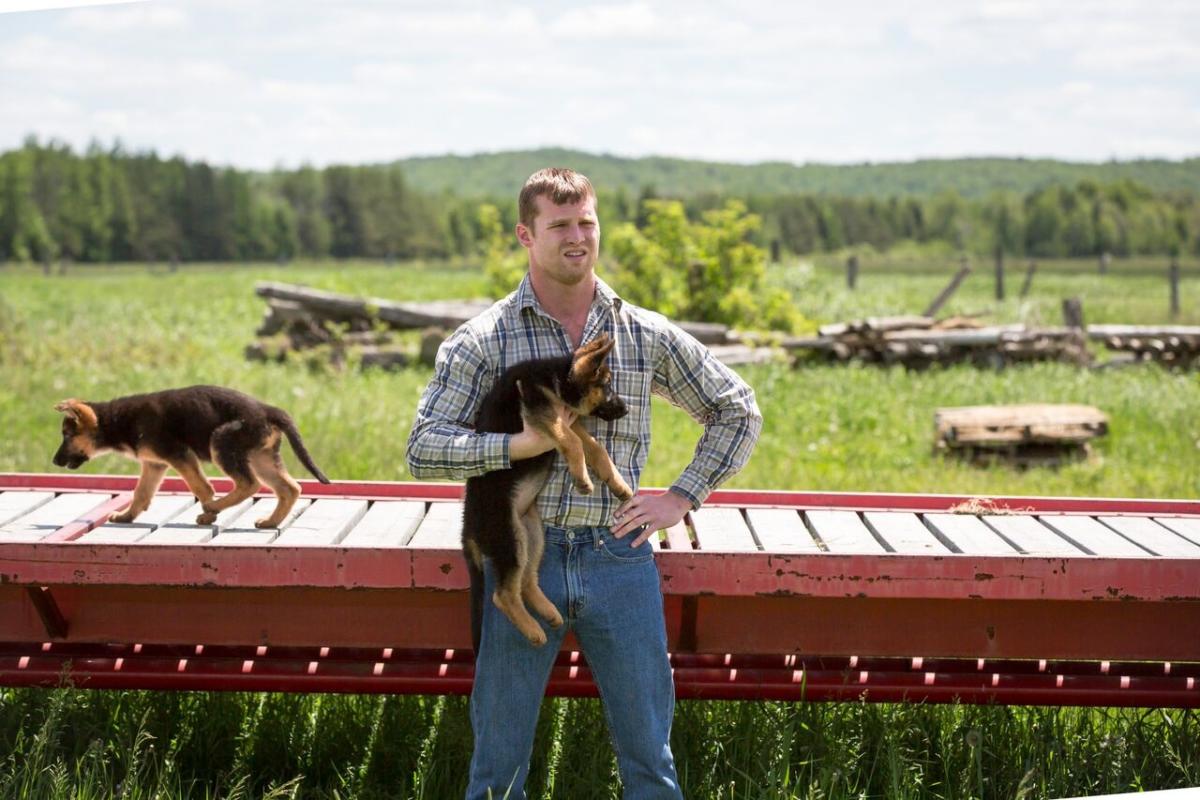 ‘We’re rednecks, rednecks
We don’t know our ass from a hole in the ground’
– Randy Newman

For a man with such a wholesome image, Mr Newman’s classic song ‘Rednecks’ goes on to offend basically everyone available, from the rednecks themselves, to them slick city boys, and not forgetting everyone’s favourite whipping boys, people of races other than white. It’s decidedly old-style vulgarity, of the sort that now, forty short years on, just seems regrettable despite the jaunty piano stylings – mainly due to his hipfiring use of racial slurs. By contrast, Letterkenny, which also concerns rednecks, is the new kind of vulgarity, the kind that, counter-intuitively, is good clean fun.

As the vulgarity goes in Letterkenny’s case, it’s purely in the language. There is no visual content that could be called graphic bar some nothing-below-the-belt fistfights, and even these carry no real malice. No, Letterkenny earns its hard-R rating through language alone – and what language it is. The sheer speed and wit – and, it must be said, use of profanity – is immediately reminiscent of Armando Iannucci’s The Thick Of It, a badge of honour in anyone’s book. Particularly when you consider that the players in The Thick Of It were all professional politicians, i.e. people who speak publicly for a living, whereas the denizens of Letterkenny are farmers. Quite honestly, it raises the bar for the rest of us.

An even better comparison, though, would honestly be Shakespeare. It’s always a mucky business pulling out that particular comparison, and usually it says more about the pretensions of the author than anything else – but if any of what television’s produced recently has earned it, it’s Letterkenny. 400 years of nigh-reverence in the school system has obscured the fact that The Bard was no stranger to writing smut where people got in arguments about who’d fucked who – nor to writing hot-blooded, dirty-minded young men. (Quite apart from its main power trio, Letterkenny has an exemplary pair of these in the utterly inseparable Riley and Jonesy, two hockey bros whose relationship would probably be less unusual if we actually saw them kiss.) 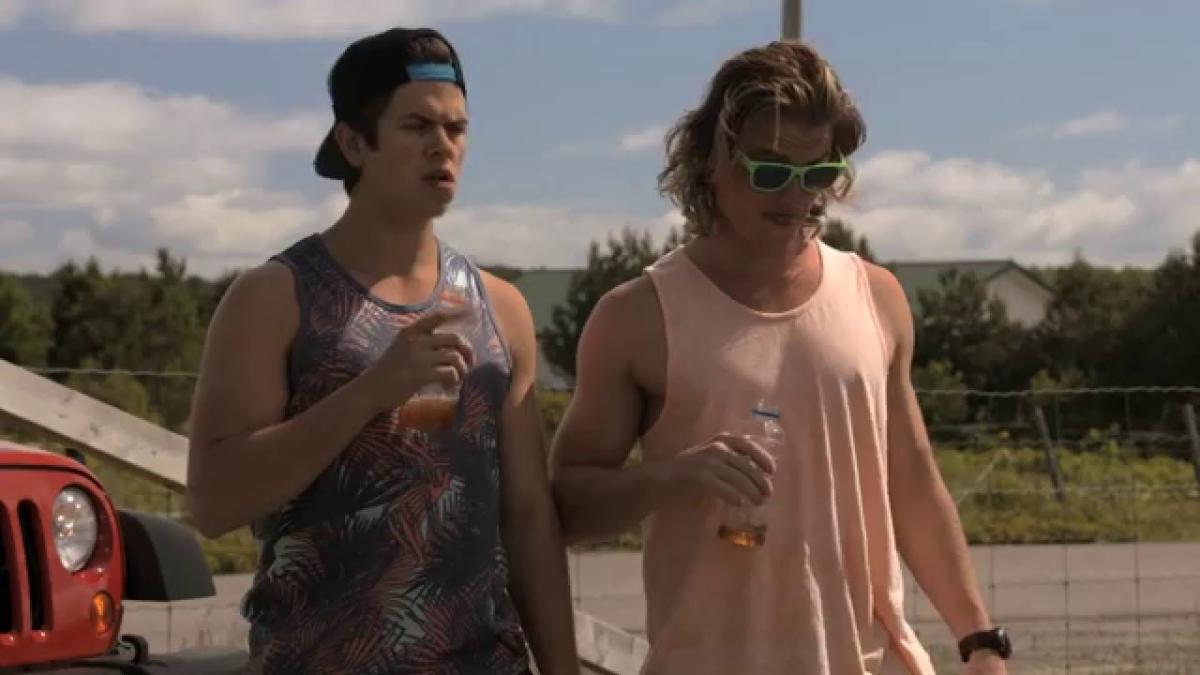 To the modern audience, much of what Shakey bangs on about is more-or-less incomprehensible, and this too is reflected in Letterkenny, whose dizzying array of niche cultural references and wordplay includes a lot of stuff which is utterly alien to anyone outside of Ontario. As with Shakey, this is part of the charm – a keyhole glimpse into some lost idyll, be it the past or rural Canada.

And I mention the past with good reason, since Letterkenny’s charm doesn’t just lie in its dialogue. Watching it for any length of time, you realise that the characters are, to a man, holding up an unwritten but rigid moral code. At the core of this is is a might-makes-right hierarchy – which, when you put it like that, sounds awful, like a throwback to the days of warlords and robber barons. And, in a way it is. Wayne, our main character (played by creator-writer Jared Keeso), is the toughest guy in town – which is where those fistfights come into it, that’s no empty posturing, he’s demonstrated it and everyone knows it.

But rather than using this position to secure the richest resources and the choicest women like the alpha sea-lion, Wayne is a walking, talking, idealised display of noblesse oblige, the traditional social responsibilities of the nobility – who, when it comes down to it, were nothing more than the toughest guys in the hamlet. By and large, he lives and lets live, but should something threaten public order, he sets it right, usually with a series of well-aimed punches. (Note that unlike Trailer Park Boys, that other examination of the Canadian rural working class, you never see any sort of formal law enforcement around Letterkenny.)

This kind of ‘natural law’ philosophy is, no matter how you slice it, a relic – going way back, past even feudalism and right back to Graeco-Roman ideals of great men sorting everything out. But the way Letterkenny presents it, even if it’s swathed in the kind of toilet humour we balk at associating with the classics, it works – you almost feel like you can talk about it having ‘traditional values’ without spitting. A big part of this is the show’s point-blank refusal to endorse bigotry of any stripe – for instance, the skids’ brief attempt at homophobia in the first episode is helplessly muddled given that one of them is openly gay – which is, after all, the big sticking point most people have with traditionalism. 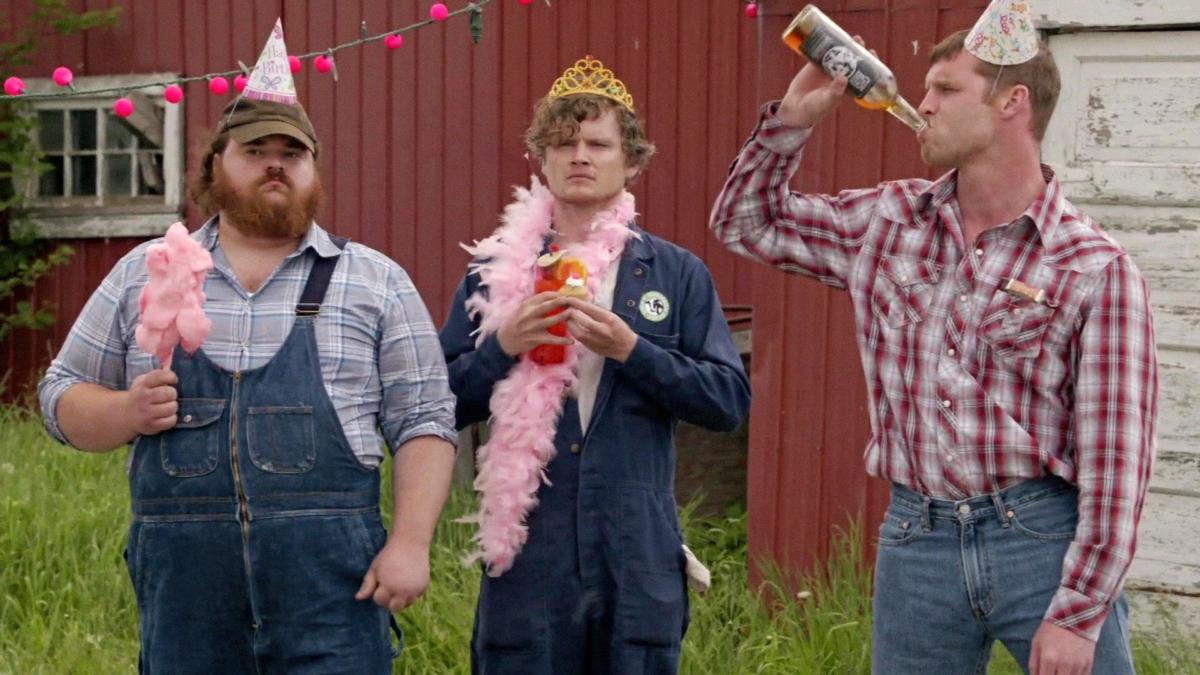 At times, the crudity threatens to become too much – and I’m thinking here of the fourth episode, ‘Fart-book’, a parody of The Social Network involving a social media site where users upload and compare their best farts. True, it’s puerile in extreme, it sounds like the kind of thing that pops into Johnny Knoxville’s head as he reaches climax, but again I have to point to the established canon. The story of the real Facebook begins with King Zuckerberg making a website where people rate which women are better-looking. For all that the media’s been doing that since the invention of photography, by comparison the humble fart seems childishly wholesome.

(And also has finer literary antecedents than you might think. Samuel ‘Mark Twain’ Clemens wrote a thesis on the place of breaking wind in society, although morosely concluded that the opinions he offered weren’t ‘worth a FART-hing’.)

In fact, ‘childishly wholesome’ would seem a pretty fair characterisation of most of the inhabitants of Letterkenny, even the skids, who keep their hard drug use carefully offscreen, and in particular Squirrely Dan, a font of vulgarity on par with Pam Poovey of Archer, yet so good-natured and avuncular with it that it doesn’t for a moment cross over into sleazy. Originally it seemed Squirrely Dan was another ancillary character, but he very quickly joined the central group, and to see him in action like some sort of enormous jolly infant you immediately understand why.

The wholesomeness extends to most of the social dynamics in play, too. While I highlighted the violence and its specific role in the Letterkenny community above, really, it’s only a very occasional thing (which adds to the impact when it does come up). Far more of the show is the aforementioned dialogue that is its obvious strength, and this is an objective good. Often enough it’s musing about nothing in particular, but even this is done excellently – when the gang get going on some incredibly niche topic, it’s like if Waiting For Godot wasn’t trying so self-consciously to be ‘art’.

While the show’s racked up a few awards in its native Canada, it seems fairly unknown in the rest of the world – which is nothing short of an injustice. I offer Letterkenny ten hearty thumbs up and my own personal ‘hooray!’.