What He’s Been Doing In The Shadows: Ranking Taika Waititi’s Films 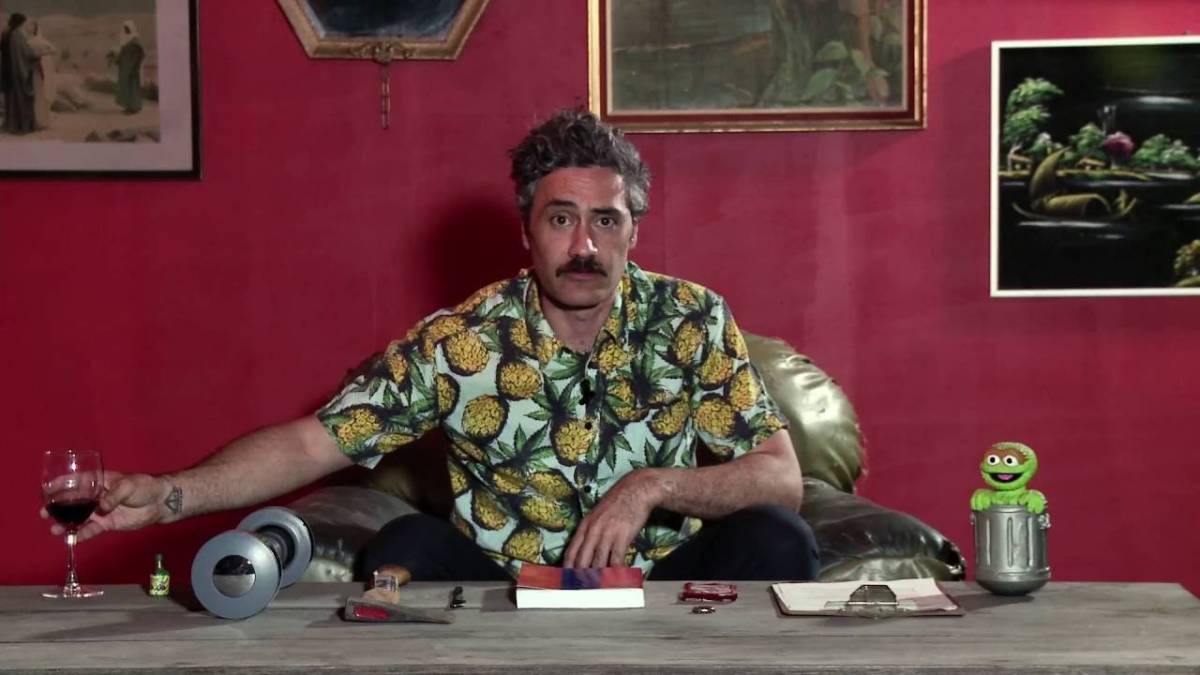 Maori director Taikia Waititi has taken a step into the spotlight these past few years, after being announced as the director of Thor: Ragnarok. While Waititi fans will know the filmmaker from films like What We Do In The Shadows, Hunt For The Wilderpeople and as an actor in Green Lantern, his turn in blockbuster filmmaking has allowed countless others to fall in love with the wit and charm of the New Zealander.

With Thor: Ragnarok out on Home Entertainment, and his second film, Boy, having seen re-release, now seems like the perfect time to rank Waititi’s films. Does ‘blockbuster’ equal ‘better’, or should Waititi have stayed cracking jokes in the shadows?

It’s a good sign when the film coming in last is pretty great.

Boy was a screenplay Waititi had been working on well before he broke into the feature film game and finally decided it was ready in 2010, after the release of his first film, Eagle vs Shark.

A coming-of-age dramedy, the film follows a kid called Alamein, better known as Boy, who, while looking after his younger brother and cousins in the wake of his grandma going away to a funeral, receives a surprise visit from his absentee, deadbeat Dad, also called Alamein. As they reconnect, Boy struggles with the realisation that Alamein may not be the awesome role-model he remembers, while Alamein juggles a quest for his buried treasure and his responsibilities as a father.

The film is ripe with emotion, and covers various themes that pop up a lot in Waititi’s films, such as family issues (primarily father issues) and a passionate love of Michael Jackson.

The story has a slow build that takes its time piling on the charm, and once it reaches its defining moment it becomes overwhelmingly poignant in how touching it is.

Unfortunately, the reason this film takes last place is because of Waititi himself. Alongside directing, Waititi also plays the elder Alamein, bringing all his weird quirks and zany behaviour to life in such a fantastic way, and so, whenever he’s not centre stage (which is a fair amount, what with him not being the main character) the film feels like it’s lacking something big.

Similarly charming, but slightly less refined – Eagle vs Shark is not unlike Boy in that (and I mean this as a compliment) it feels like a student film with a decent sized budget. It’s odd, it’s awkward; it feels like it could be New Zealand’s answer to Napoleon Dynamite.

The film sees Lily, a shy and rather awkward young woman who, after lusting after her crush, Jarrod, finally makes some progress in her hunt for a relationship after attending his ‘dress as your favourite animal’ party. After impressing the shark-clad Jarrod with her extravagant eagle costume and unexpected video-game skills, Lily becomes Jarrod’s girlfriend, and is taken on a trip to his home town. There, she meets his family as he begins preparations for his oncoming confrontation with his old high school nemesis, Eric.

Seriously, fans of Napoleon Dynamite will love this film. It’s irreverent, hilarious and cheeky; it both follows and deviates from the conventional rom-com structure, but with seemingly enough apathy for telling a serious story that it genuinely leaves you wondering where things are going to go, or if this even is a rom-com at all.

And yet, underneath the downright silly exchanges and awkward jokes, there are some more heart-warming stories about family, friendship and loss told in a way that only Taika can.

While it’s easy to love the quirky, awkward charm of the way Boy and Eagle vs Shark were made, What We Do In The Shadows – while just as ridiculous as its predecessors, is the first film that doesn’t have that oddball ‘student charm’.

Pitched to audiences as a documentary about four vampire flatmates in Wellington, New Zealand; the film follows them in their everyday life and the lead-up to a highly anticipated masquerade ball attended exclusively by the undead.

It’s such a zany collection of characters, and that’s just the three main vampires. On top of them, you’ve got the residents of Wellington, other members of the undead community, and the especially amusing Rhys Darby-led werewolf troupe, who struggle to stick to their creed of “We’re werewolves, not ‘swear-wolves’!”

The film is a masterpiece of mocumentary-making, and such a bizarre genre turn away from Waititi’s other feature film works. Together with co-director Jemaine Clement of Flight of the Concords fame, Waititi has crafted one of the best vampire flicks around.

When Thor was released in 2011, it was a fun, if simple, retelling of the God of Thunder’s comic-book origin. When Thor: The Dark World followed in 2013, it started to lean more heavily on humour at the expense of telling a good story with interesting character development. So when Waititi was announced as the director for Ragnarok – a fairly dark story in Norse mythology, with the intent of lightening it up, one may have had cause for concern.

But Waititi took the comedic aspects of Thor and turned them up to eleven – and it worked.

Picking up with Thor on his journey across the cosmos looking for the Infinity Stones and attempting to stop Ragnarok – the end of all things, Ragnarok introduces a new threat in the form of Hela, the God of Death, whose power is such that she casually dispenses of Thor, trapping him on the junk-planet of Sakaar. There, Thor is forced to become a gladiator and face-off against fellow Avenger, the ‘incredible’ Hulk, so he can win his freedom and get back home before Hela destroys Asgard.

This film was a load of laughs, had a story that both turned away from a mythology heavy focus in favour of a cosmic romp, and yet, conversely, embraced the elements of Thor’s unique heritage. It had a strong character focus, and stressed that the importance of home is the people, not the place. So by the time you come to the end of the film, and hear echoes of the Thor theme from way back in 2011, you realise that, what at first seemed to be a film that feared going full on with the Thor mythos, is one that ended up handling it better than any of its predecessors.

Add to that Waititi’s unique wit and his ever-present analysis of family issues, and you have not just the funniest film in the Marvel Cinematic Universe, but also one of the best.

All of Waititi’s films are good. Most are great. As such, it can be hard dictating where on this ranking the various films should sit. But despite that, there’s no question that Hunt for the Wilderpeople deserves the top-spot.

The film is the story of Ricky Baker, a ‘real bad egg’, as he is placed in the adoptive care of the kindly Bella and her gruff husband Hector. But when Bella unexpectedly dies, and Ricky is faced with returning to child services and being placed in juvie, he absconds with Hec into the Bush, as the pair are forced to evade child services, idiotic hunters, the police and their hatred of one another in a man-hunt that takes New Zealand by storm (both in the film, and real life – it’s the country’s highest grossing local film).

Everything about this film is perfect. The story. The characters. The music. The cinematography. It all fits together seamlessly, as Waititi crafts yet another tale that is both heart-breaking and heart-warming.

It’s the culmination of all his prior works, as elements, themes and cameos all come together to make one of the best films of 2016. And while it may not be as laugh-out-loud funny as What We Do in the Shadows and Ragnarok, when it does deliver the jokes, they always land.

While Thor: Ragnarok was an excellent superhero movie and the perfect introduction of mainstream audiences to Waititi, it’s gems like Hunt for the Wilderpeople that make you truly excited to see what he conjures up next.