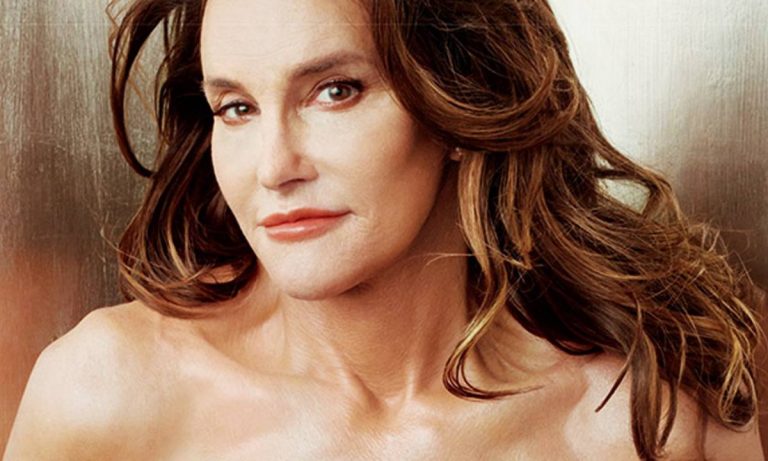 “Reflections” just feels like the most unbelievably apt word for this situation. I cannot begin to imagine how it feels to see, after years of seeing the wrong body, the wrong image in the media to be able to read a newspaper, turn on the television and see reflected to the world an image of who you really are.

The response across the world has been overwhelming this week as Vanity Fair published pictures of Caitlyn (formerly Bruce) Jenner, in her first shoot as woman. From strong reactions in the transgender community to shouts of praise and even shouts of anger towards transphobic responses. It has been an utterly huge response and it leaves us with a lot to mull over.

I sincerely hope that Caitlyn Jenner is a massive disruptive force for good for the trans community. They've been erased for far too long.

Congrats, @Caitlyn_Jenner! Here's to you, and to fighting transphobia. #CallMeCaitlyn

IM IN PAIN FROM #CallMeCaitlyn BC SHES SO BEAUTIFUL I CAN AND AM CRYING pic.twitter.com/gAnCKiVwH0

My hope for the world is that we can all be as brave as @Caitlyn_Jenner. pic.twitter.com/WlJmAjv4iv

Drake Bell was trending this week after the former tween heartthrob posted on twitter that he would still be referring to Caitlyn as Bruce. This is fantastic news. Why? Because the very fact that this could be considered newsworthy is testimony to how far society is coming along with regards to understanding Trans issues. Seeing the media shitstorm that pursued kind of gave me a feeling of restored faith in humanity. I have seen it in person when people still insist on using a former name and it is completely devastating to the person, a rejection of their identity. I am so proud that so many people basically stepped forward and said “well, that’s not really for you to decide!” It has sent a loud and clear message that Transphobia is misguided and not acceptable.

However, on the other side of the coin there are many within the trans community who would urge people to realise that Caitlyn’s experience is not typical. Since coming out as transgender last year, Caitlyn has been openly saying it is ok to call her “he”. This has led to fears that Caitlyn is saying it’s ok to call my pronouns that are not a person’s preferred pronoun. It has also been pointed out that as a 65 year old retired Olympic athlete, Caitlyn’s life circumstances are not exactly typical and that this may trivialise some of the battles and issues faced by the Trans community. As an example, many people may fear bullying or harassment in the workplace if they were to come out but be dependent on that job to keep a roof over theirs and their loved one’s heads. This puts that person in a very different position and a very different mindset to somebody who will live in relative comfort regardless.  That is, of course, no good reason to trivialise Caitlyn’s own trials and tribulations.

I have now seen on Facebook a few times an excellent point made by Jon Stewart. Why is that the moment she appears as a woman, we start to judge her on her appearance? It draws attention to the level of sexism still prevalent in society today. How is it that somebody can go from being so well talked about in terms of their athletic triumphs to being scrutinised on their success as a sex object (whether they are trying to be or not)?

It also made me wonder how people would react if it was the other way around. Just as an example, what if Jessica Ennis-Hill CBE, told us next week that she was actually transgender and identifies as a man? I wonder how many men would be down the pub toasting to the sentiment “it’s such a shame, she was so hot”. I have to put my hands up here, I have been guilty of a similar sentiment. I once posted quite publicly that I thought it was a shame Owen Jones is gay. Aside from my obviously impeccable taste in men, it is actually a pretty awful sentiment. Just because you fancy someone doesn’t mean they’re obliged to bow down and worship your genitalia. End of.

Still, how many men’s viewa of Jessica (who I may refer to in this parallel world where she is transgender as, ‘Justin’) would alter drastically because either they have discovered that their chances of sticking their willy in that are either “nil” or “0.00001% and there will be another willy there too”? Equally, I wonder how many keyboard warriors would type loudly about it being a sad day for feminsim and that by being male and losing female icon status, it is saying that only masculine traits can be sporty. Although this would not be the case, it does highlight yet another fault in society. Our tendency to attribute certain things with masculinity or femininity.

I do have a renewed sense of faith in humanity and I think it is fantastic the way the world has responded for the most part. It would just be really great if we can use this moment to stop and reflect and learn where our flaws are as a society and adapt into being a better one.