Ranking the Mad Max Movies from Worst to Best 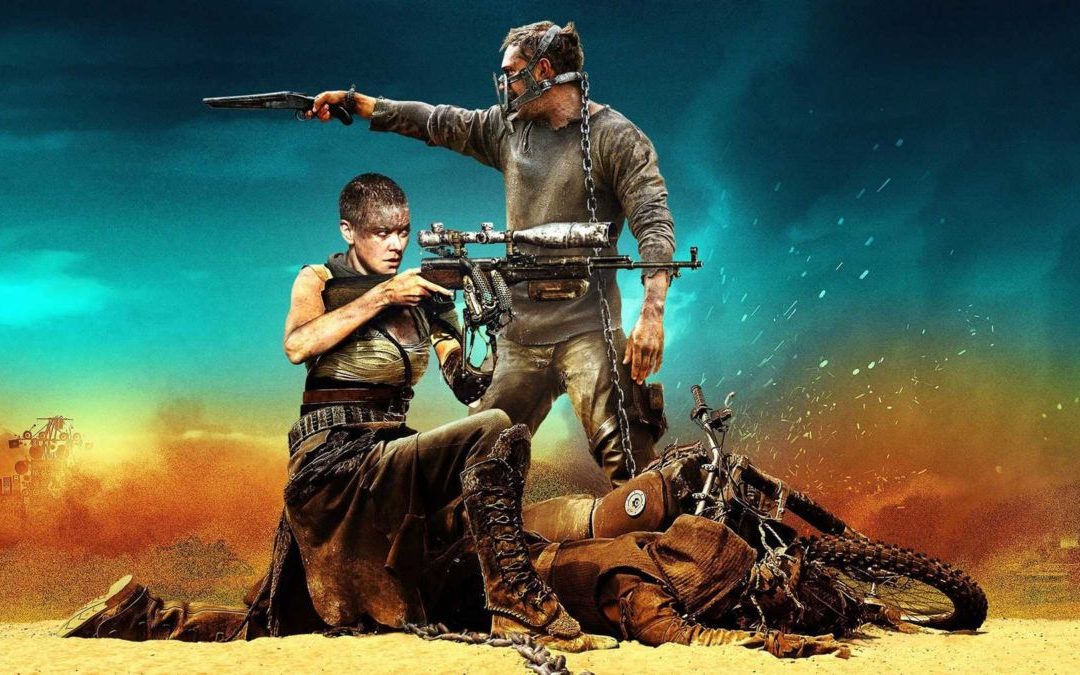 Times change, but writer and filmmaker George Miller has always been at the helm of a Mad Max film.

As the co-creator (with Byron Kennedy) and director of all four films, as well as the upcoming Furiosa and probably whatever Mad Max 5 winds up being, Miller has become as essential to the Mad Max series as Max himself. Not even the actor needs to be consistent for that character to connect with audiences, and new characters such as those introduced in Mad Max: Fury Road proved the series doesn’t even have to rely on Max exclusively.

Casts and crews can change, but George Miller as the creative center is one of the reasons why the Mad Max series is always at least entertaining. That’s important to keep in mind, as we set to ranking every Mad Max movie from worst to best — even the lowest-ranked or “worst” entry has more than enough to at least be entertaining.

This is one of those lists where we don’t have a ton of movies to go through. As a result, and owing to the talent and sheer enthusiasm of those involved, the entire Mad Max series can make for a satisfying marathon. Here are the Mad Max movies ranked from worst to best.

The disjointed nature of the worst Mad Max movie, also known as Mad Max Beyond Thunderdome, is easy to understand with a little background. When co-creator Byron Kennedy was tragically killed in an accident, Miller nearly abandoned the film altogether. Thankfully, and this is noticeably where Beyond Thunderdome shines brightest, he directed the film’s wildly entertaining action sequences.

Our buddy Max (Mel Gibson) winds up in a fun post-apocalyptic town run by a woman named Auntie Entity, where he’s forced to fight in gladiator contests. The movie eventually also includes a band of feral desert orphans, who help Max in his bid to simply survive whatever the hell might be going on at the moment.

The disjointed nature of the film is also prevalent in a plot that occasionally feels like it’s just a very basic setup for the movie’s more memorable moments. With a tone of theatricality that doesn’t quite gel with the movie’s darker themes and touches, Beyond Thunderdome is a weird side-trip in a collection of mostly consistent films.

The presence of Tina Turner, who’s extremely entertaining as the ruler of Bartertown, might be the movie’s biggest saving grace. Gibson is fine in his third and final run as Max Rockatansky, but Turner (as well as a very talented ensemble, including Bruce Spence) is arguably this movie’s true star. Her charisma is apparent, and she is clearly working to make a powerful, complex character out of what she’s given.

To a point, she succeeds, making this a better-than-average third entry for a film series, but still nothing particularly spectacular. Some find Beyond Thunderdome to be a little too silly, so first-time viewers of these movies should maybe prepare themselves for a steep drop between Mad Max 2 and this.

Mad Max, at times, can also feel a little disjointed when compared to the sequels it produced. The film spends a good portion of its running showing the apocalypse in stages of escalation. The world is not quite in ruins, but it’s hard to imagine things won’t be firmly there by the time we’re done. With a little less in the way of chaotic action than later entries, Mad Max, for at least the first half, runs as a pretty bleak drama about a world in mid-collapse.

We meet Max (Mel Gibson) for the first time, as a police officer who has everything taken from him in short order. Society is crumbling, and the inescapable madness of watching it destroy his family, his future, and perhaps even whatever identity he thought he had, proves to be too much. Max’s vendetta against a biker gang responsible for his loss is when the movie kicks into a gear that might be more familiar to those who only perhaps know the recent Fury Road.

Mad Max didn’t have aspirations to be a long-running franchise. At the time of its release, it was simply part of the wave of Australian exploitation films being made through mostly the 70s.Gibson’s Max is sympathetic in this film, but he’s not the sort of weary antihero the character would eventually become. His showdown with Hugh Keays-Byrne, playing the lead biker to frightening heights, is effectively built up and memorably executed.

Some people appreciate Mad Max best for being a more rounded, character-driven narrative, with blasts of stunning low-budget cinematic violence. That’s understandable, but ultimately these movies work best when the story is sparse, and the spectacle of style is on towering display.

Some still consider Mad Max 2 (also known as Mad Max 2: The Road Warrior) to be the best of the franchise. It has some of the best action sequences and chase scenes of anything you’re going to find in the 1980s. This and the atmosphere of 80s dystopian steel and sweat (and a great soundtrack by Brian May) seems to be irresistible for a few fans.

There is a lot to love about this movie, which should be considered a very close second to our number one entry. The apocalypse is in full “post” swing at this point, so we don’t spend a lot of time on story.

We’re back with Max, played by Mel Gibson, showcasing the persona that would serve him increasingly well as the decade went on. Gibson’s performance under Miller’s direction, as well as the screenplay Miller co-wrote with Terry Hayes and Brian Hannant, creates a compelling character. Max provides a striking anchor to the riveting chaos of everything else in this film.

Max is now seemingly nothing more than a shell of a disillusioned drifter. Moving from one moment to the next in a bleak near-haze, Max just wants to survive. Nothing deeper than that.

Of course, the wastelands of Australia, presented here with a punk-rock western sort of energy, have different plans for him. The need for ever-disappearing gasoline pushes Max into a conflict in which he is forced to confront the shreds of his humanity. What he finds drives the film to its staggering conclusion against the deranged Lord Humungus, leader of a roving band of lunatics known as the Marauders. Humungous in particular is an unforgettable villain, surrounded by some of the most distinctive-looking associates ever filmed.

Everything in Mad Max 2, the most influential of the series on the world of pro wrestling, is quite frankly flawless.

How do you top the previous entry, which we literally described as “flawless”? What constitutes the best Mad Max movie?

While Tom Hardy, a good actor, doesn’t bring much to Max in this long-awaited 2015 sequel/reboot, the rest of the movie is too extraordinary for that to really matter. This is a movie in which hyperbole is not only justified, but perhaps the only meaningful way to discuss how satisfying Fury Road proves to be.

Much of that energy, which puts it spiritually closer to Mad Max 2 than anything else, comes from the production design, costumes, cinematography, and action sequences. The legendary car chases are very well represented throughout this story of Max teaming up with a warrior named Imperator Furiosa (Charlize Theron, bringing one of cinema’s best new action heroes to the heart and soul of this film).

Furiosa is rescuing the wives of the deranged warlord Immortan Joe (once more, the great Hugh Keays-Byrne), which again puts Max in the position of having to take a stand. Fury Road doesn’t sacrifice the most important ideas or themes of the franchise up to this point, and it doesn’t toss out the frenetic mayhem or breathtaking visual punches we’re also expecting. What it does do is deepen these things by creating some of the best characters in the series, and using everything in the way of knowledge and evolving technology to top the action movie components of the previous films.

Fury Road is a progression on every level. You can watch it entirely on its own, but if you know these movies then you likely appreciate that progression for yourself. As good as Mad Max 2 might be, Fury Road does just about everything a little better.

READ NEXT: Ranking Every Batman Movie from Worst to Best